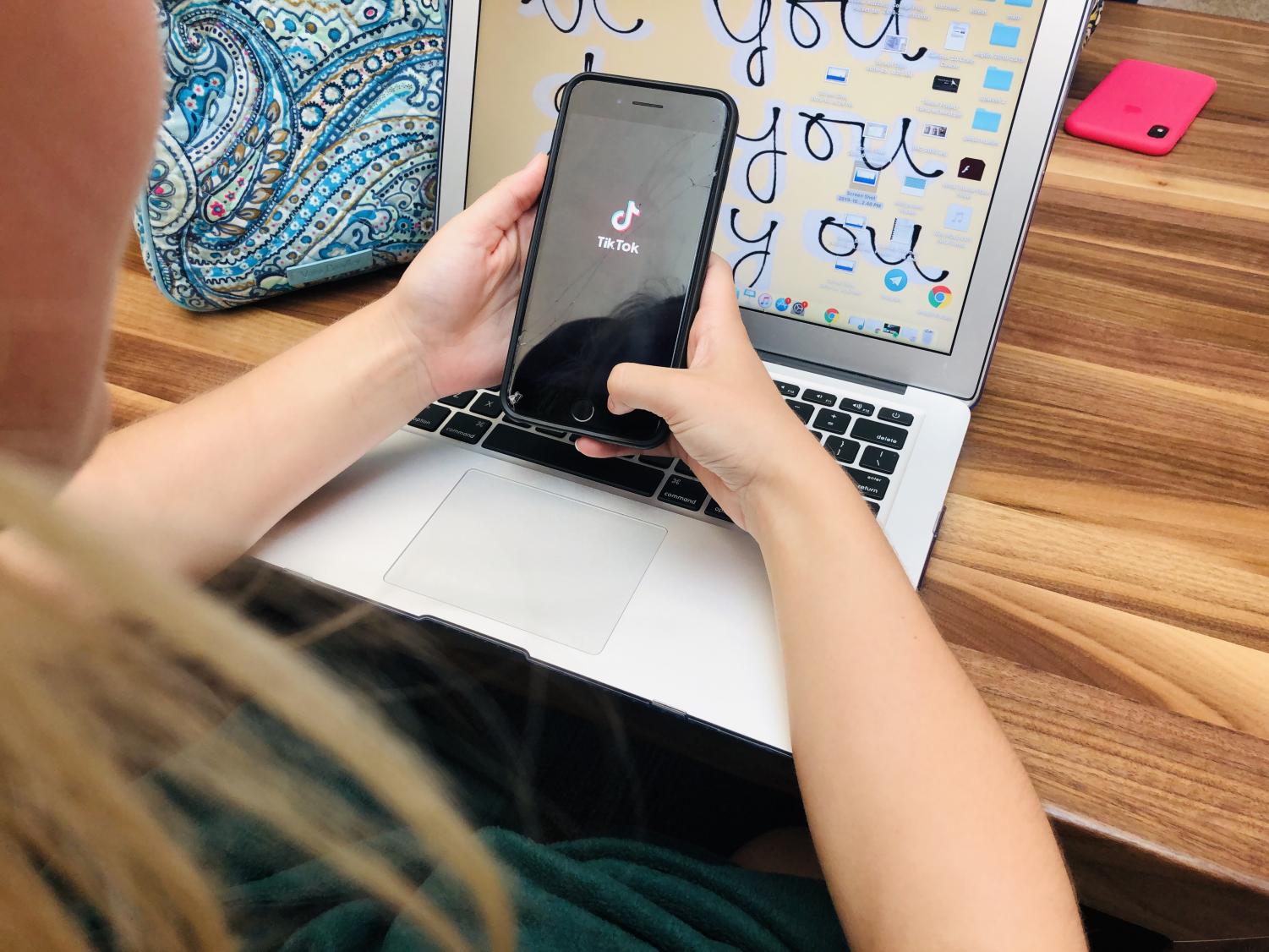 High school girls spend an average of one hour a night on Tik Tok.

The Controversies of Danielle Cohn: Are Social Media Platforms Profiting off of Exploiting Children?

In an age of social media, digital communication, and sharing, we are no strangers to internet scandal. The latest example of this can be found scrolling through Tik Tok in the form of Danielle Cohn. Cohn is an internet-famous teen whose popularity began through the social media platform Musical.ly. However, the creator, with 3.8 million Instagram and 13.2 million Tik Tok followers, comes with a lot of controversies.

For starters, Cohn’s real age is still unknown. There have been claims by her mother that her age is 15, however, her father released a lengthy Facebook post in September stating that she is actually 13.

This came along with leaked images of her hospital photos, showing her parents holding her as a newborn. In the enhanced image, the date can be seen on Cohn’s hospital band as 2006, supporting her father’s claim.

“She’s lying about her age so she can get brand deals and doing inappropriate stuff online which is setting a bad example for younger kids,” said Mia Zazzero (‘21).

Along with her content seeming more inappropriate, there are other repercussions to her being so young. At the time her real age was leaked, Cohn was dating 17-year-old influencer Mikey Tua. As news of her age spread, his mother took over his Instagram account, making the statement on his Instagram story: “After some sensitive information was brought to my attention about Danielle, we no longer support Mikey and Danielle’s relationship. Because Mikey is still a minor, we have taken away his social media.”

His father followed with this statement after it was rumored that Mikey wanted to be emancipated from his parents, “I understand that, but his emancipation can give him prison time. Dani is not 15.”

Cohn’s relationship with Tua has received attention before after the couple announced that they were married after posting a Las Vegas wedding video back in April. The couple was not legally married, however, they led their followers to believe that they were after spreading pregnancy rumors. The rumors were started by both Cohn and Tua tweeting the date “08/14/19” along with posting a “We Are Expecting” YouTube video.

However much controversy Cohn comes with, it is clear that her platform still stands and is popular among users. The exploitation of young children for profit is prevalent among social media platforms and Danielle is just one example of this. This issue is no doubt evident in the digital society, and its impact has even been criticized by Dustin Cohn, Danielle’s father, himself.

“I want these companies to be held accountable because they never did their due diligence in checking my daughter’s age and have used a minor for profit because the money is more important than the truth. The exploitation of children on these sites needs to stop,” he said.

Cohn’s story brings up the question of this modern problem: Are young people being exploited on social media sites for profit? Earlier this year, the platform Tik Tok received criticism after it was reported that online predators use the app to solicit children. Disturbingly, it is not uncommon among social media sites to have a negative impact on young users, both directly and indirectly.

In a recent Washington Post article, research published by John Hopkins and JAMA Psychiatry found that “12- to 15-year-olds who typically spent three or more hours a day on social media were about twice as likely to experience depression, anxiety, loneliness, aggression or antisocial behavior as were adolescents who did not use social media.”

Although the study did not determine why there is a link between social media and mental health issues, it is suspected that social media has a heavy influence on mental health, especially when used frequently. The research also showed that the use of social media can lead to “…sleep problems that can contribute to such issues, increase the risk for cyberbullying, which has been tied to symptoms of depression, and result in unrealistic comparisons of yourself and your life to those of others seen on social media.”

Nevertheless, social media has a strong grasp on our society. In the context of Danielle Cohn, whose recent Tik Tok received over 700k likes, a compilation of “duets” of her video has over 1.5 million views on YouTube. It is clear that while there is danger in posting inappropriate content, it is the media that gets the most attention.

While many advocate for media platforms to regulate their content, there are still signs of profit being made off of these young users, as sites like Tik Tok still allow content like Cohns to be displayed on the community “For You” page. Instead of reporting and taking down inappropriate content, it is displayed to receive more traffic and the boost the platform’s popularity.

Senior Ashley MacKinnon says, “I think it’s morally wrong – I think they’re profiting for the wrong motives, and I think it happens with a lot of things, it starts out innocent and it turns into something worse, but they don’t really do anything about it. I feel like they should have people that watch the Tik Toks and regulate that and I feel like they’re not doing enough because money is power.”