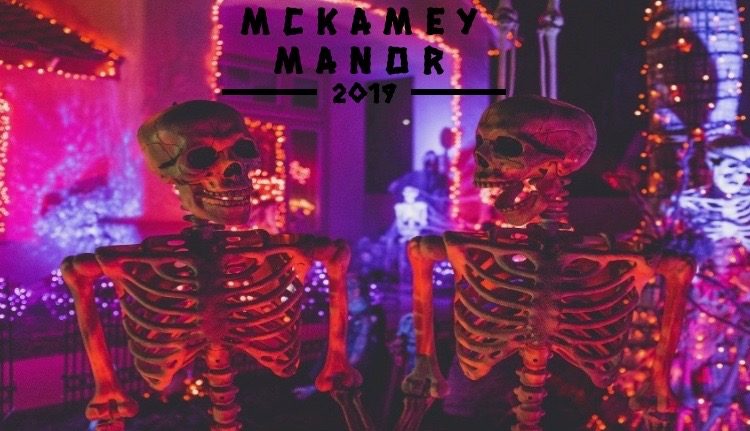 Photo Credits: Piktochart/Achona Online “The idea that people would pay to get tortured terrifies me to my core,” said senior Caroline Lamoureux

Photo Credits: Piktochart/Achona Online “The idea that people would pay to get tortured terrifies me to my core,” said senior Caroline Lamoureux

Mckamey Manor is one of the most extreme haunted houses in the United States. Some do not even refer to it as a haunted house, but a torture chamber. The type of attraction is referred to as “extreme” and reservations are required due to the intense nature of the experience. Mckamey Manor was founded on a San Diego property by resident Russ Mckamey. The Manor can now be found open in Summertown, Tennessee and Huntsville, Alabama.

The haunted attraction is so intense, there are six listed requirements that must be met before you are able to sign up. As listed on the website, in order: 21 and above, or 18-20 with parents approval, completed “sports physical” and doctor letter stating you are physically and mentally cleared, pass a background check provided by MM, be screened via FB face time or phone, proof of medical insurance, sign a detailed 40 page waiver, pass a portable drug test on the day of the show.

“I definitely could never get through this. It just does not really seem logical to even sign up for this, but I guess I respect the people who attempt it. You definitely have to be a certain type of person,” said junior Gracesyn Moll.

if anyone actually voluntarily signs up to attend this haunted house know i think ur insane. this is part of the waiver for Mckamey Manor’s haunted house that ppl have to sign before going in pic.twitter.com/KkQd4vEP1e

While normal haunted houses are usually about 15-45 minutes, Mckamey Manor sets itself up to last about eight hours. The actual experience described when entering Mckamey Manor is filled with disgusting and terrifying details. Some of the things that have been done to participants include getting locked into coffins filled with insects and spiders, having their faces held in water, some attendees have even reported having their heads stuck in a box with bees or wasps, and many other scenarios designed to psychologically break people. Along with this, the terrifying experience is different every time.

Attendees don’t even have to actually pay an entrance fee, the owner, Russ Mckamey, only charges a bag of dog food because he owns five dogs. There’s a catch to this though which is the factor attracting so many people; if you can get all the way to the end of this “tour”, which nobody has ever done before, the prize is $20,000.

“Obviously $20,000 is a lot of money, but it just does not seem worth the torture they put you through. Also, if nobody has ever gotten through there’s a very high chance that you would be put through all that just to be sent home with nothing in return,” said sophomore Ella Alvarez .

How I sleep at night knowing I’ll never go to McKamey Manor and legally get tortured by America’s “Scariest Haunted House” pic.twitter.com/9Te0d6hxiz

Mckamey Manor has recently been getting so much media attention for being the ‘scariest haunted house in America’, that it has been featured on Netflix’s “Haunted: Art of the Scare”, and on an episode of “Dark Tourist”.

“I would never sign up for this. You can definitely count me out for this one. Watching Halloween movies in the comfort of my home is enough scare for me,” said senior Grace Anthony.