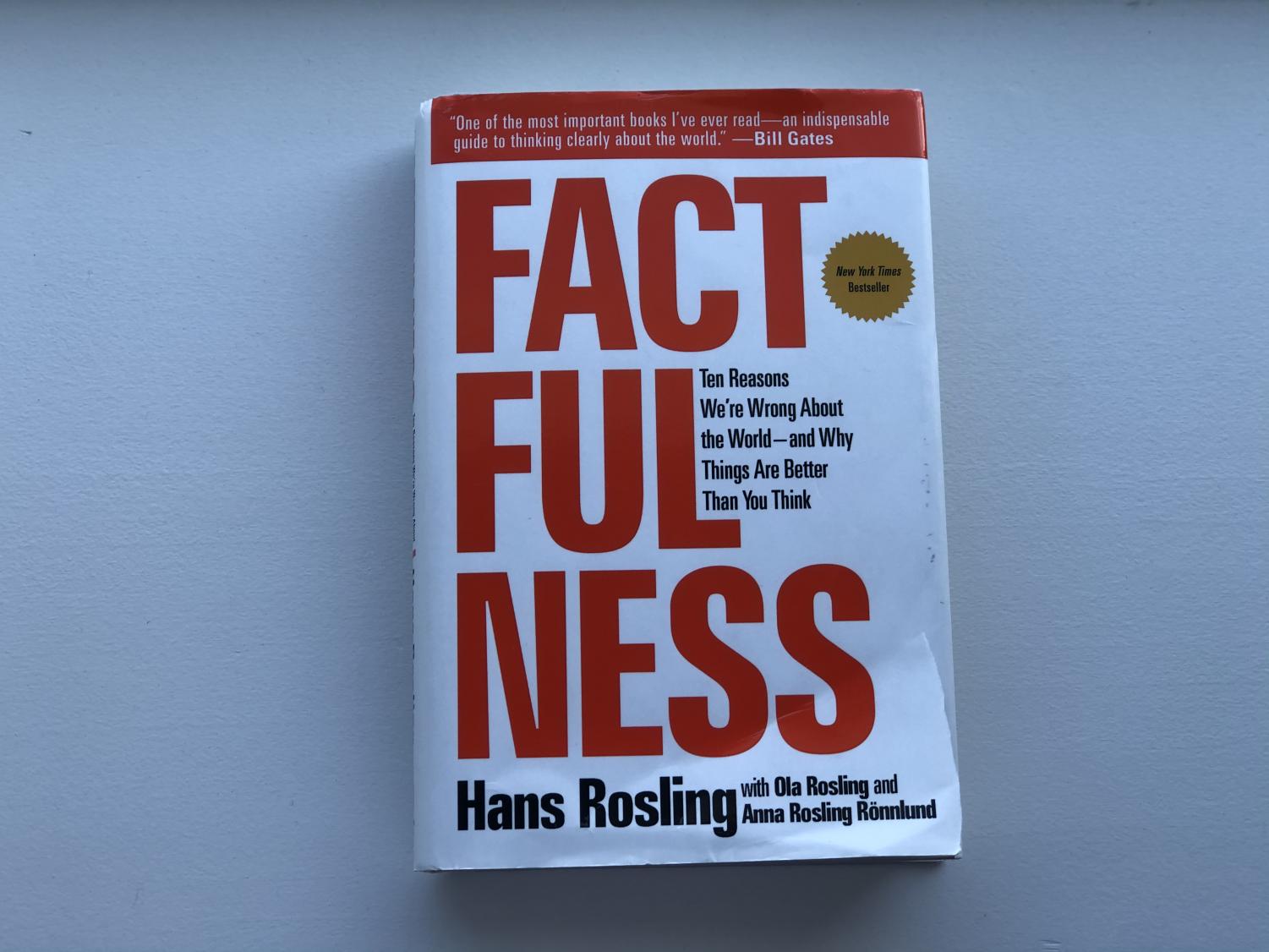 “One of the most important books I’ve ever read ― an indispensable guide to thinking clearly about the world.” – Bill Gates (Photo Credit: Kathleen Thomas/ Achona Online)

“One of the most important books I’ve ever read ― an indispensable guide to thinking clearly about the world.” – Bill Gates

Is Global Pessimism a Developing Issue?

Watching or reading the news can quickly dishearten anyone with the dismal stories constantly being presented. According to popular belief, the world must be in the worst possible stage it has ever seen. However, this preconception seems to have been proven wrong by statistics that have been overlooked in the past couple of decades.

Hans Rosling, an influential speaker and professor from Sweden, tackles the potential global pessimistic trend in his novel “Factfulness”.  Rosling intends to demonstrate, through data, statistics, and charts “ten reasons why we’re wrong about the world- and why things are better than you think.” He stands by the belief that “the world cannot be understood without numbers. But the world cannot be understood with numbers alone.”

Studying ten tendencies that contort people’s perspectives on their worldview, Rosling strives to educate people on improvements in the education of young girls in third world countries, the median income of the majority of the population, and other concepts having to do with the climate and environment.

"Great knowledge can interfere with an expert’s ability to see what actually works." – FACTFULNESS (Ten Reasons We're Wrong About the World—and Why Things are Better Than You Think) by HANS ROSLING pic.twitter.com/ZXoh9Vxdbh

So if this is all true, why do we not see more positive reports on the news? How come no one celebrates the progress people have worked towards for so long? The lack of recognition to progress in several global issues derives from the tendency for people to look towards the negative side of situations.

“I feel like people are more entertained by tragedies and negative stories, which is most likely why media presents this more often than uplifting stories,” said Alison Perez ‘21.

Yes, it is important to be realistic and see the areas where progress should be desired, but it has proven to be beneficial for one’s health, mentally and emotionally, to avoid pessimistic approaches when viewing media and daily events. Not only is it better emotionally to have hope in the world, but it is also helpful to one’s cardiovascular health to practice optimism.

Additionally, overlooking positive statistics regarding women’s rights, education, and income can cast a shadow on all of the progress people have fought for. If no recognition is given to progression, there is a lack of an incentive for people to work towards improvement because they develop a hopeless feeling of disappointment.

“Continual exposure to negative data definitely can impact people’s willingness to put in an effort and can make them feel it won’t make a difference,” said History teacher Devan Adams.

Looking deeper into this topic, it is important to understand the difference between undermining problems and recognizing success. While there has been immense progress, there are still global issues that must be improved upon and cannot be ignored. However, this should not come at the price of forgetting to acknowledge and celebrate the hard work of those who have dedicated lifetimes to improve society and global problems.

There are positive news sources out there such as Dailygood.org. So while it’s good to keep up with the usual mainstream media outposts such as CNN and Fox News, make sure to expand your horizons to some more positive news publications as listed below: