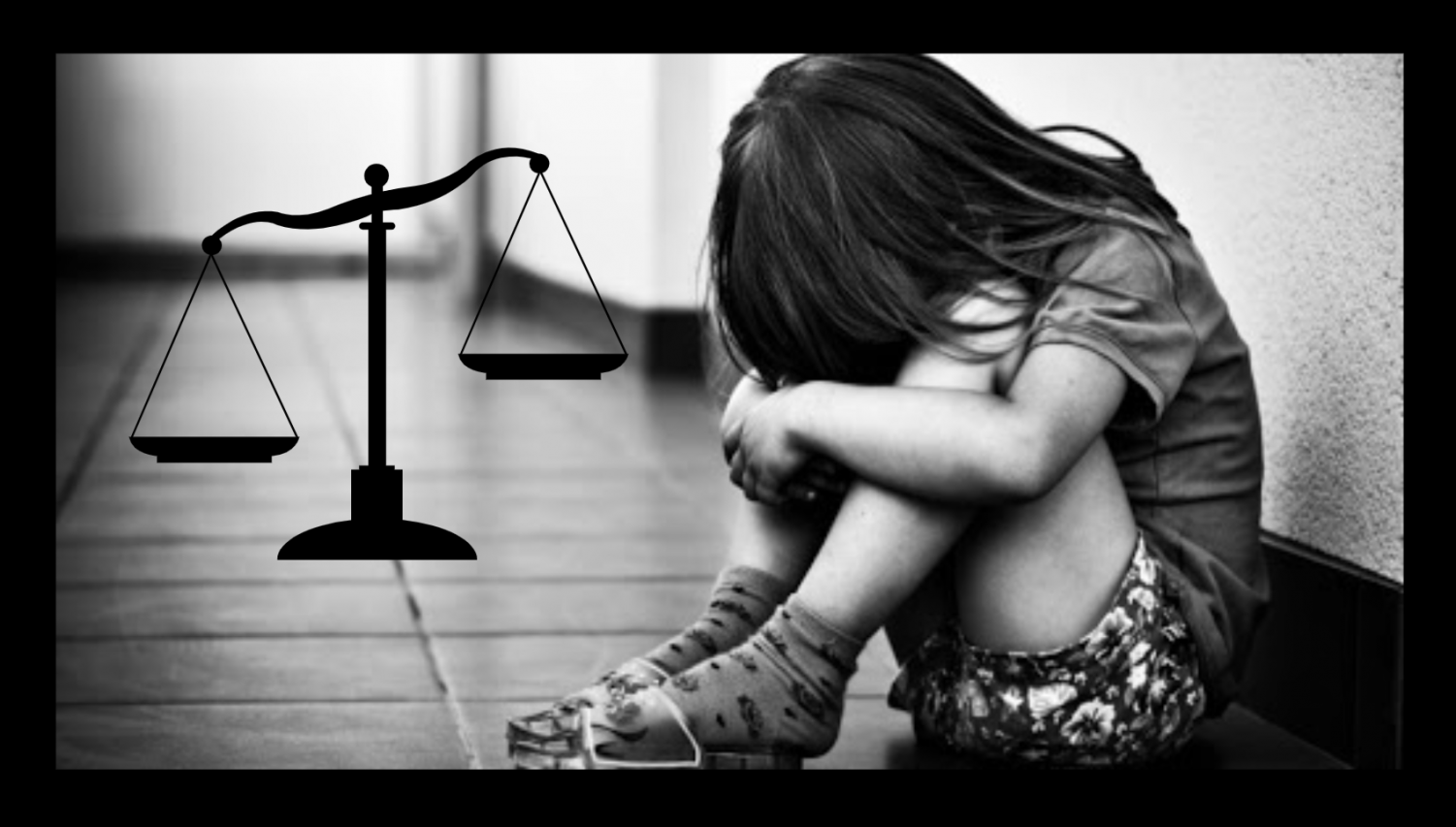 Netflix’s newest true crime documentary looks into America’s broken system and how its negligence has resulted in the harm and deaths of many children nationwide. ((Photo Credit: Georgia Ruffolo/Achona Online))

Netflix’s newest true crime documentary looks into America’s broken system and how its negligence has resulted in the harm and deaths of many children nationwide.

The Anguish of Angels: How our country’s system fails to protect abused children

Since the release of Netflix’s most recent true crime docuseries, The Trials of Gabriel Fernandez, audiences were shown not only the horrors and inhumane treatment of the 8-year-old during the six month period before his death, but more so the devious ring of corruption and indifference that has infiltrated our law enforcement and federal organizations like DCFS.

By uncovering the questionable actions and motives of these institutions put in place to help high risk children, Director Brian Knapperberger told KTLA 5 Morning News, “In regards to our country’s system, there are all sorts of failures on all sorts of levels that we take apart over the course of the documentary. DCFS released a statement recently that talked about some of the changes they put in place since Gabriel’s death which I think is a good step in the right direction. I think on a broader scale, I do hope that the film gives a broader look at how this system works. It’s a very secretive system, not a lot of people know how it works. It’s got a big budget in L.A., it’s huge. It rivals the LAPD in terms of manpower and budget, but we don’t hear much about it.”

Knappenberger also went on to say that although changes are finally being made, no action would have been taken this soon, if at all, had he not disclosed DCFS’s abuse of privacy and confidentiality to the public.

“Nobody listened to Gabriel when he was alive,” documentarian Brian Knappenberger tells TIME. “A lot of people failed him, and there’s a lot of reasons that this happened. But when you get to the end, it’s about: how do you want to treat kids?” https://t.co/SG70B5A2CP

The documentary tells the heartbreaking story of 8-year-old Gabriel Fernandez, who was subjected to severe torture and physical abuse at the hands of his mother and her boyfriend. The series also discloses the numerous attempts made by family members, teachers, and even strangers to notify both social services and the police in hopes of removing Gabriel from a suspected unsafe environment. Unfortunately, all attempts to save Gabriel had failed, as he was beaten to death in his Palmdale home in May of 2013. The series is primarily localized around the trials of both Isauro Aguirre and Pearl Fernandez in real time, diving deeper into the ins and outs of both cases by capturing several witness testimonies, jury deliberation, and even the sentencing. Gabriel’s mother, Pearl Fernandez, was sentenced to life in prison without parole while her boyfriend, Isauro Aguirre, was sentenced to death and is currently awaiting his fate in San Quentin State Prison.

As a result of the series’s nationwide success, a light was cast onto the failure of our country’s legal and law enforcement systems that have repeatedly proven themselves to be ineffective in assuring the safety and wellbeing of children. Unfortunately, Gabriel is just one of many cases that justifies the system’s inattention. Just two weeks after the trials of the Gabriel Fernandez case had been concluded in 2018 broke the news of 10-year-old Anthony Avalos, coincidentally from Palmdale who, exactly like Gabriel, was tortured and beaten to death in his home by his mother and her boyfriend. Then, again, with the death of 4-year-old Noah Cuatro, also from Palmdale, who faced the same fate as Gabriel and Anthony at the hands of his parents. Continuing to draw parallels from the Fernandez case, many opportunities had been missed to save both boys from their abusive homes due to the negligence of DCFS, CPS, and law enforcement.

Caroline Lamoureux (‘20) said, “What is saddest to me is that these deaths were incredibly preventable, and I think this documentary did an amazing job conveying that to their audience. Yes, what happened to Gabriel, Anthony, and Noah, is devastating. But what DCFS and other protective services did to help, or lack thereof, is disgraceful. It’s because of them that these boys and many others are gone and at the end of the day, regardless if they’re charged or not, they are the ones with blood on their hands.”

ABC 7 reported that prosecutors opened an investigation into the social workers with the Los Angeles County DCFS assigned to Gabriel’s case following the conclusion of Pearl and Aguirre’s trials in 2018, claiming the officials failed to take appropriate steps to protect the boy and falsified documents relating to his case. Social workers Stefanie Rodriguez, 34, Patricia Clement, 69, and two supervisors, Kevin Bom, 40, and Gregory Merritt, 64, all faced charges in connection with the death of Gabriel, with prosecutors alleging they minimized evidence of Gabriel’s abuse. Additionally, all four were fired from their jobs following an internal investigation into the group’s actions leading up to Gabriel’s death in May of 2013, CBS Los Angeles reported. By the department’s own count, since Gabriel’s death, at least 143 children in Los Angeles County have died from abuse or neglect after having some prior history with DCFS.

Also at fault for failing to protect the safety and wellbeing of children in these cases is the LA County Police Department. In regards to the Fernandez case, multiple calls from family members were made to them to report the suspected abuse. However, just like DCFS, the LA County Police did little to alleviate the situation. According to Gabriel’s great aunt Elizabeth Carranza, “I believe it was three times that we called the social workers and twice that we spoke with the police. Later, I heard that sherrifs had gone out and threatened Gabriel, as if he keeps lying about his situation. I guess Pearl had told the sheriffs that some bigger kids had beat him up and that’s why he had marks on him, and that wasn’t true. The sheriffs put him in the back of their car and told him that if kept lying about these things, that he would be the one to go to jail.”

The LA County Police department has a record of questionable motives and actions that have brought in speculations of a larger incentive, which have proven to be true with the arrest with former LA sheriff Lee Baca, who was convicted of lying to the FBI and attempting to prevent the agency’s investigation into corruption in the nation’s largest jail system. Baca served as the LA county sheriff during the time of Gabriel’s death in 2013 and, after investigations were beginning to be launched into involved departments, resigned in 2014 amid the corruption scandal.

Since these unfortunate occurrences gained recognition, nationwide changes have been made to the system to ensure that the past doesn’t repeat itself. DCFS has since made some vital improvements: It has hired more than 1,000 additional caseworkers, provided staffers with much-needed smartphones and access to state-of-the-art technology, introduced new training methods, and tightened the standards for acceptance into the Voluntary Family Maintenance program according to The Atlantic.

As for the LAPD, many new changes are currently underway in the midst of Baca’s tumultuous history. The new appointed sheriff, John Scott, who has had over 40 years of experience in law enforcement, told Daily News, “I’m committed to transparency, to ethical behavior, to ensuring that all of the rules are enforced. We don’t break the law to enforce the law.” Like the reforms made in DCFS, the LAPD has brought in hundreds of new officers from different backgrounds, such as ex-military, as well as replacing multiple executive positions.

Faith Joaquin (‘21) said, “I think that change has been needed for quite a while, it’s just unfortunate that it takes such sad instances for us to see progression in our system. I only know that because I’ve seen it happen here in Tampa with the” Girl in the Window” story which happened not that long ago. Since then, many changes have happened to make sure cases like Danielle’s don’t occur again. The same has gone for LA, Chicago, or any city for that matter. It’s unfortunate that change comes after it’s too late, but it’s hopeful to see that change help someone else in the future.”

If you feel that a child you know is currently in danger, call the Florida DCFS abuse hotline below