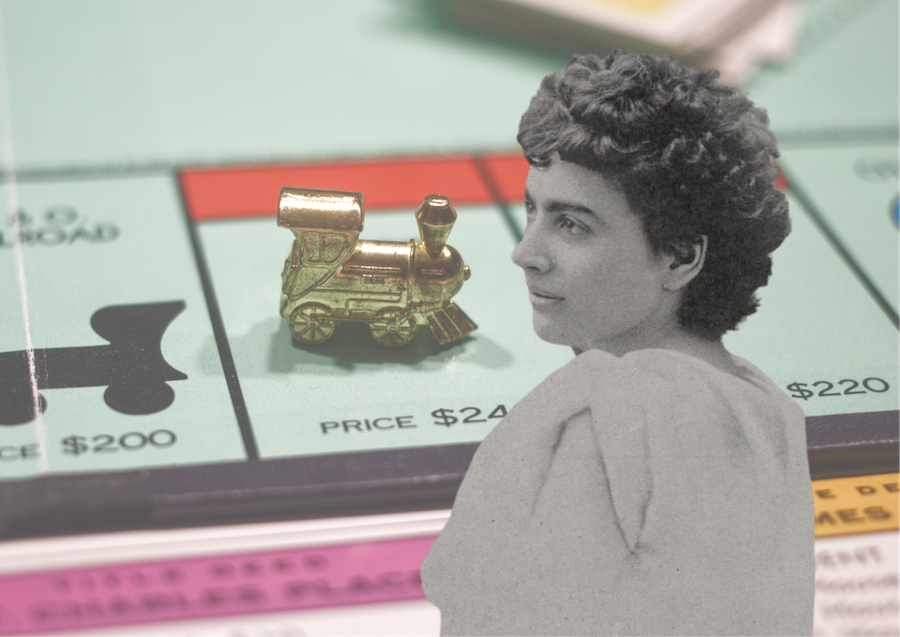 On December 22, 2015, it was proclaimed that Feb. 11 would be known as International Day of Women and Girls in Science. ((Photo Credit: Anika Schmid/Achona Online/Piktochart))

On December 22, 2015, it was proclaimed that Feb. 11 would be known as International Day of Women and Girls in Science.

Ten Inventions and Discoveries By Women that Were Overshadowed by Men

Throughout history, the accomplishments and achievements of men have been celebrated. However, many famous inventions were— in fact— created by women. Despite their efforts, many men claimed these inventions as their own and obtained patents.

There is an unfortunate trend of women being overshadowed in the field of science and discovery. The “Matilda Effect” is the bias against the accomplishments of women scientists and attributes their work to their male colleagues. Science historian Margaret W. Rossiter coined the term in 1993.

“Women have been oppressed for centuries just for being female as it is; to be overshadowed in science and discovery is heartbreaking. As a young woman and lover of science, I can’t begin to imagine how it feels to be locked out from your own discovery whilst a man takes credit. This reminds me of the saying, ‘behind every successful man is a smart woman,’ but in actuality, that smart woman is right beside that man. No matter the gender, no one should take credit for someone else’s idea,” said Carolyn Jacobsen (’23).

February 11, 2021, was the International Day of Women and Girls in Science. In celebration, here’s a list of inventions created by women yet claimed by men.

It was said that Charles Darrow, an unemployed man, came up with the game’s idea in the 1930s. However, this is not the whole story. Elizabeth Magie was a stenographer, secretary, wrote poetry and short stories, and performed theatre. Originally known as the “Landlord’s Game,” she designed the game as a protest against monopolists. She filed a legal claim for the board game in 1903, three decades before the Parker Brothers. Her idea caught Darrow’s attention, and he claimed a version of it as his own and sold it to the Parker Brothers. The company offered a $500 deal with Magie to purchase her patent and legal rights to Monopoly. In contrast, Darrow made millions.

TIL that Monopoly was invented by in 1904 as a “practical demonstration of the present system of land grabbing with all its usual outcomes and consequences" by a socialist named Elizabeth Magie and was originally called “The Landlord’s Game” pic.twitter.com/adQacw1aGo

Born in 1815, Ada Lovelace was the daughter of the famous poet Lord George Gordon Byron. Tutors taught her mathematics and science, which was unusual for women to study at that time. At 17, she befriended the mathematician Charles Babbage. She was asked to translate an article on Babbage’s analytical engine from French to English. Lovelace added her own notes, which were three times the length of the original article. Her contributions went unnoticed until the 1950s, and she is considered “the first programmer.” The second Tuesday in October is known as Ada Lovelace Day to celebrate women in STEM.

Riding through New York during the winter of 1903, Mary Anderson observed the streetcar driver getting out of the car to clear snow off the windshield. She then wondered about what kind of blade could help drivers avoid getting out of their cars. She made a sketch of her device, wrote a description of the invention, and applied for a patent. After receiving a patent, Anderson tried to sell her idea to a Canadian manufacturing firm, but they did not believe it had practical value. Her patent expired before she could sell it to anyone. With the increase of automobiles, windshield wipers became a standard item after William M. Folberth patented the first automatic windshield wipers in 1919. While she never received money for her work, Anderson was inducted into the Inventors Hall of Fame in 2011.

Working at a cotton mill in Manchester, 12-year-old Margaret Knight observed that steel-tipped flying shuttles would come off their looms at high velocity from the slightest worker error. She devised a shuttle restraint system. In her late teens, Knight worked at Columbia Paper Bag company. She wanted to create a more efficient method of production for folding paper bags than by hand. She devised a machine that could feed, cut, and fold the paper bags and form the square bottom. Knight applied for a patent and defended her ownership against Charles Annan, a man who tried to claim the idea as his own. When Annan stated that no woman could formulate such a machine, Knight provided her blueprints as evidence. The dispute ended, and she received her rightful patent in 1871. She filed more than 25 patents until her death in 1914. The year before, “The New York Times” published an article titled “Women Who Are Inventors” and featured Knight in the headline.

The Electronic Numerical Integrator And Computer (ENIAC) was the first general-purpose electronic digital computer. It was built as a secret war project from 1943 to 1945 and delivered to the US Army after World War II. Due to a shortage of male engineers during the war, the project was given to six women: Betty Snyder Holberton, Jean Jennings Barik, Kay McNulty Mauchly Antonelli, Marlyn Wescoff Meltzer, Ruth Lichterman Teitelbaum, and Frances Bilas Spence. Their story was not unveiled when the device was first shown to the press, so these women went unnoticed by the public until the mid-1980s. In the 1990s, Kathy Kleiman learned that most ENIAC programmers were not invited to the 50th-anniversary event. Kleiman made it her goal to find them and record their history. She made a 20-minute documentary titled “The Computers.”

Coming from a poor family, Esther Lederberg attended Hunter College on a scholarship. She studied biochemistry, despite being told the subject was too difficult for women. Lederberg earned her master’s degree in genetics at Stanford University School of Medicine. She worked alongside her husband, Joshua. She discovered phage lambda, a virus that infects E. coli bacteria. Joshua won a Nobel Prize for discovering how bacteria transforms genes, and he only briefly mentioned her in the lecture. After Joshua won the Eli Lilly award, he told a reporter that “Esther should have been in on that too.” He was offered to lead the genetics department at Stanford, while Esther had to petition the school dean to gain a position as a professor. They divorced in 1966.

Rosalind Franklin attended Cambridge University in 1938 to study chemistry. During her research scholarship at King’s College, Maurice Wilkins worked on X-ray crystallography. Franklin deduced that DNA has a helical structure and presented her data in a lecture that James Watson attended. Later, Wilkins showed Franklin’s work to Watson and Francis Crick, and they published their data on DNA structure. Franklin died from cancer in 1958. The Nobel Prize in Physiology or Medicine was awarded to James Watson, Francis Crick, and Maurice Wilkins. The Nobel committee does not give posthumous awards; therefore, Franklin will never receive the Nobel Prize that she deserved.

Born in Shanghai, Chien-Shiung Wu attended a school started by her father. She studied physics at university and was then encouraged to pursue advanced education in America. She completed her PhD at the University of California in 1940. Her work at Columbia University made the first confirmation of Enrico Fermi’s theory of beta decay. Tsung Dao Lee and Chen Ning Yang approached Wu to conduct an experiment, and it proved that identical nuclear particles do not always act alike. Lee and Yang received the 1957 Nobel Prize in Physics for their theory, but Wu was not recognized. She was the first woman to be president of the American Physical Society. Her book, “Beta Decay,” is recognized as a standard for nuclear physicists.

Lise Meitner was the first woman at the University of Vienna to receive a PhD in physics. She studied with Max Planck and Otto Hahn in Berlin. Meitner worked with Hahn for 30 years, studying radioactivity with her knowledge of physics and his chemistry knowledge. Together they discovered the element protactinium. She discovered the radiationless transition Auger effect, named after Pierre Victor Auger, the French scientist who discovered the effect two years later. Hahn and Meitner found evidence of nuclear fission and published it. Hahn received the Nobel Prize for Chemistry in 1944 since he downplayed her efforts since she left Germany. Hahn, Meitner, and Fritz Strassman were awarded the Enrico Fermi Award in 1966, six years after Meitner’s death. The element Meitnerium (Mt) was named in her honor.

In 1903, Nettie Stevens received her PhD from Bryn Mawr under the supervision of Thomas Hunt Morgan. While working as a research scientist, Stevens concluded that males determine the gender of their offspring. Since the chromosomal theory of inheritance was not accepted, scientists did not embrace her theory. Around this time, Edmund Wilson made a similar discovery. Wilson and Morgan were invited to a conference, while Stevens did not receive any recognition. She later died of breast cancer in 1912.

“I think women are becoming more prominent figures in science recently, and more young girls are being invited to explore STEM-based classes. Science is one of my favorite subjects because it allows you to more fully understand why the world works in the manner that it does,” said Elise Favret (’22).

Click here to take a quiz on matching women inventors to their invention.