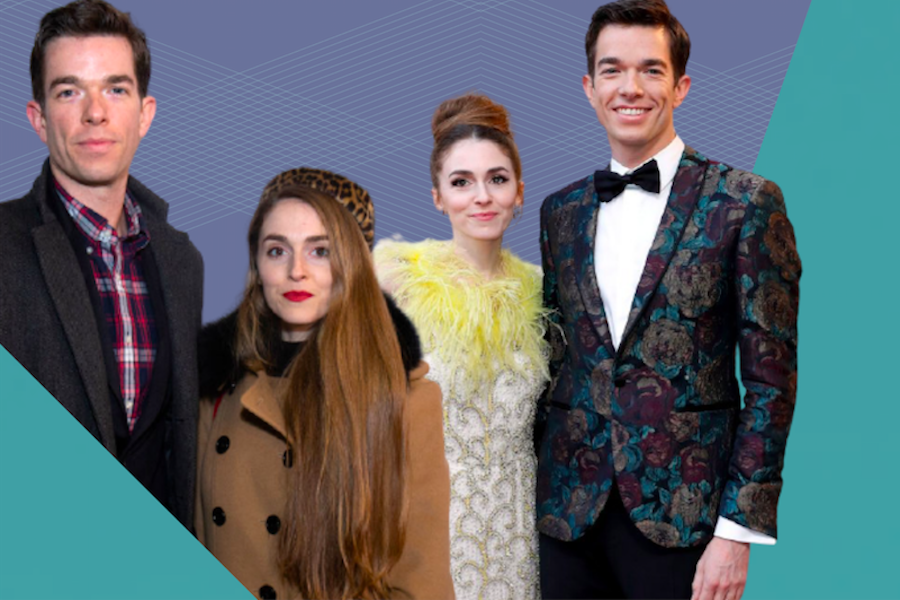 Comedian John Mulaney and wife Anna Marie Tendler have announced their divorce, following his stay in rehab. The six year marriage is coming to an end because of Mulaney’s focus on recovery.

On December 21, 2020, Mulaney checked himself into a Pennsylvania rehab facility for sixty days due to alcohol and cocaine abuse. His decision to enter rehab was met with positive support from fans and fellow comedians. Sources claimed he had asked for a divorce from Tendler three months ago because of his intense focus for recovery. Tendler commented, “I am heartbroken that John has decided to end our marriage… I wish him support and success as he continues his recovery.”

Sophia Torres (‘22) says , “It is very sad to hear, especially because the way he spoke about his wife in his comedy specials was always full of love and gratefulness for having her in his life. It has made me feel like the image the public had of him has been ruined especially because of the mass love Generation Z had for him.”

During the late 2000’s, Mulaney and Tendler met during a group trip to Martha’s Vineyard in Massachusetts. The couple got married in July 2014 in Boiceville, New York, with a 1920s and woodland-deco themed wedding.

John Mulaney and Anna Marie Tendler are getting a divorce after nearly seven years of marriage.

She released a statement about the news: https://t.co/fJ2cDz81eB

Mulaney revealed in a 2019 Esquire interview that his drinking began at the age of 13.

He stated, “I drank for attention, I was really outgoing, and then at 12, I wasn’t. I didn’t know how to act. And then I was drinking, and I was hilarious again.” He also claimed that his drinking was an instigator to use other drugs. While he never enjoyed marijuana, Mulaney says he “loved” cocaine and other prescription drugs.

Catie Berg (‘22) says, “John Mulaney’s divorce did take me by surprise. I’ve always been a fan of his comedic style and positive energy, but I was aware that he did struggle in secret. His decision to go seek help was bold and admirable for such a big performer, it felt he showed that weakness is acceptable. The divorce, to me, feels like a culture shock because of the adoration he felt for his wife during his shows.”

In his 2012 special “New in Town” he claimed, “I don’t drink. I used to drink, then I drank too much, and I had to stop. That surprises a lot of audiences, because I don’t look like someone who used to do anything.” However, during the COVID-19 pandemic, Mulaney faced conflicts with his habits. He revealed in December that he accepted the position of staff writer on Seth Meyers’ “Late Night” show to aid his mental health struggle.

John Mulaney’s first post-rehab show on Monday night served as a reminder that he, like all of us, is coming out of the pandemic differently than he went in, @JesseDavidFox writes https://t.co/QyYN55o0Ni

Recently, John Mulaney and actress Olivia Munn have been confirmed to be dating. The couple had reportedly met at a church in Los Angeles and has been taking their relationship slow. In December, Munn tweeted to the former “SNL” writer about his choice to enter rehab and stated, “Sending SO MUCH love and support to John Mulaney. You got this.” The couple started dating only three days after the announcement of Mulaney’s divorce, but sources have claimed that the two have been friends for a while.