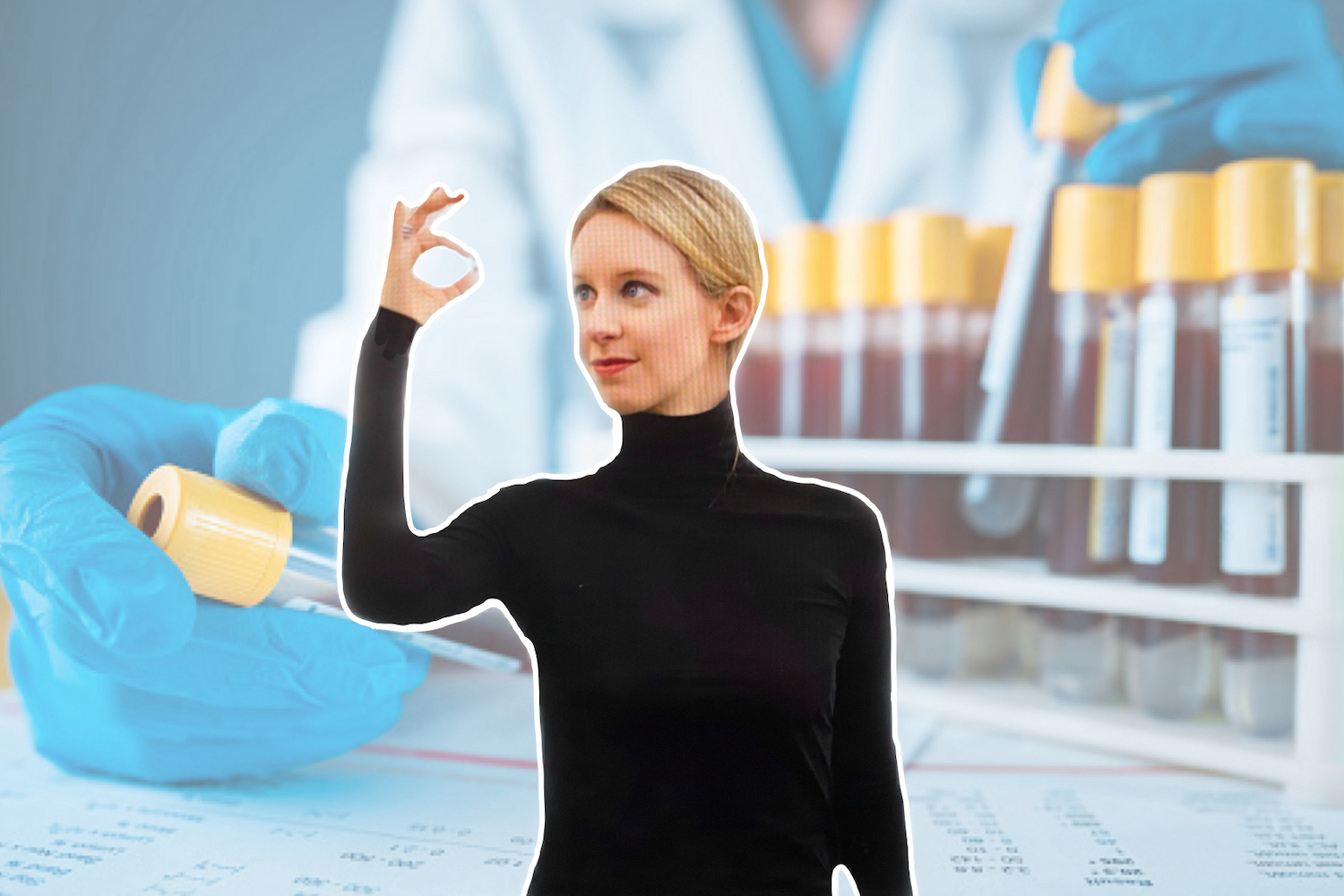 Theranos founder, Elizabeth Holmes, could face up to 20 years in prison if she is found guilty of fraud. (Photo Credit: Millie Garstka/Piktochart/Achona Online)

Theranos founder, Elizabeth Holmes, could face up to 20 years in prison if she is found guilty of fraud.

Once hailed as the “Steve Jobs of healthcare,” Elizabeth Holmes, founder of a healthcare company called Theranos, currently faces over 12 charges of fraudulence. Silicon Valley’s “Fake it till you make it” culture consumed every aspect of Holmes’ life, which ultimately drove Theranos into the ground. The ramifications of her ‘achieving at all costs’ mindset now serves as a cautionary tale for all up-and-coming entrepreneurs. But before the public understands the “why” of this trial, they first need to understand the journey.

It started with her uncle. When Holmes was young, he developed skin cancer, which quickly developed into brain cancer and bone cancer. The cancer was fatal, causing him to die before he could watch her grow up. She took his loss and used it to shape the foundation of Theranos.

Holmes’ company was based around the idea that a small machine could run blood tests using only a finger prick and a tiny amount of blood. The finger prick would eliminate the need for venipuncture and vials of blood. Holmes guaranteed that only a few droplets of blood were needed to diagnose medical conditions such as high cholesterol and cancer. Holmes wasn’t only deceiving the medical community —  she was fooling herself, too.

In response to her personal experience with “fake it till you make it” culture, Avery Doyle (’24) said, “Yes one time I had to fudge the truth about practicing a dance so that they would put me in the front, but it didn’t work because I didn’t actually know the dance.”

During the advent of Theranos, Holmes was revered as an entrepreneurial icon. She crafted a company that would change healthcare as we know it. At least, that was the intention. Holmes, as most Silicon Valley entrepreneurs do, adopted an “end all be all” mentality.

‘Fake it till you make it’ is a relatively common concept in today’s society. When students, for example, want to be president of a club or captain of a team, they often craft a more appealing persona because that’s what they perceive to be compelling. Most people aren’t faking their achievements with the explicit intention to lie. Holmes, however, was not one of those people.

“There was a time where I told my teacher I read all the required chapters for English, but I actually didn’t. Then we took a quiz and I got a bad grade on it,” said Camille Petrarca (’24), detailing her experience with “fake it til you make it,” culture.

When Holmes was developing her blood-testing machine, she struggled to find a name that suited it. In the end, she decided on the name Edison, after the famous inventor, Thomas Edison. Interestingly enough, the situation she is currently facing is very similar to that of Edison. Holmes deceived investors regarding her revolutionary machine, lied to medical companies about the accuracy of her results, and she put the general public at risk when her tests were legalized. The only difference between Edison and Holmes was that he succeeded.

In 1878, Edison claimed that he had solved the mystery of the incandescent lightbulb. But it was untrue. Edison hadn’t produced a lightbulb that could sustain itself. When reporters and investors demanded demonstrations, he faked them. Edison also gave journalists stock to keep them sympathetic. For four years, he alleged his invention was good to go. Then, just before his money ran out, Edison solved the problem of how to keep the lights on.

Theranos told healthcare companies, investors, and the public that they had developed unprecedented technology that would change the way blood was analyzed. However, that all came crashing down when people caught wind of the device’s failure. Theranos had been blood testing on commercial grade machines instead of their technology like they had advertised. Now on trial, Holmes faces up to 20 years in prison if she is found guilty.