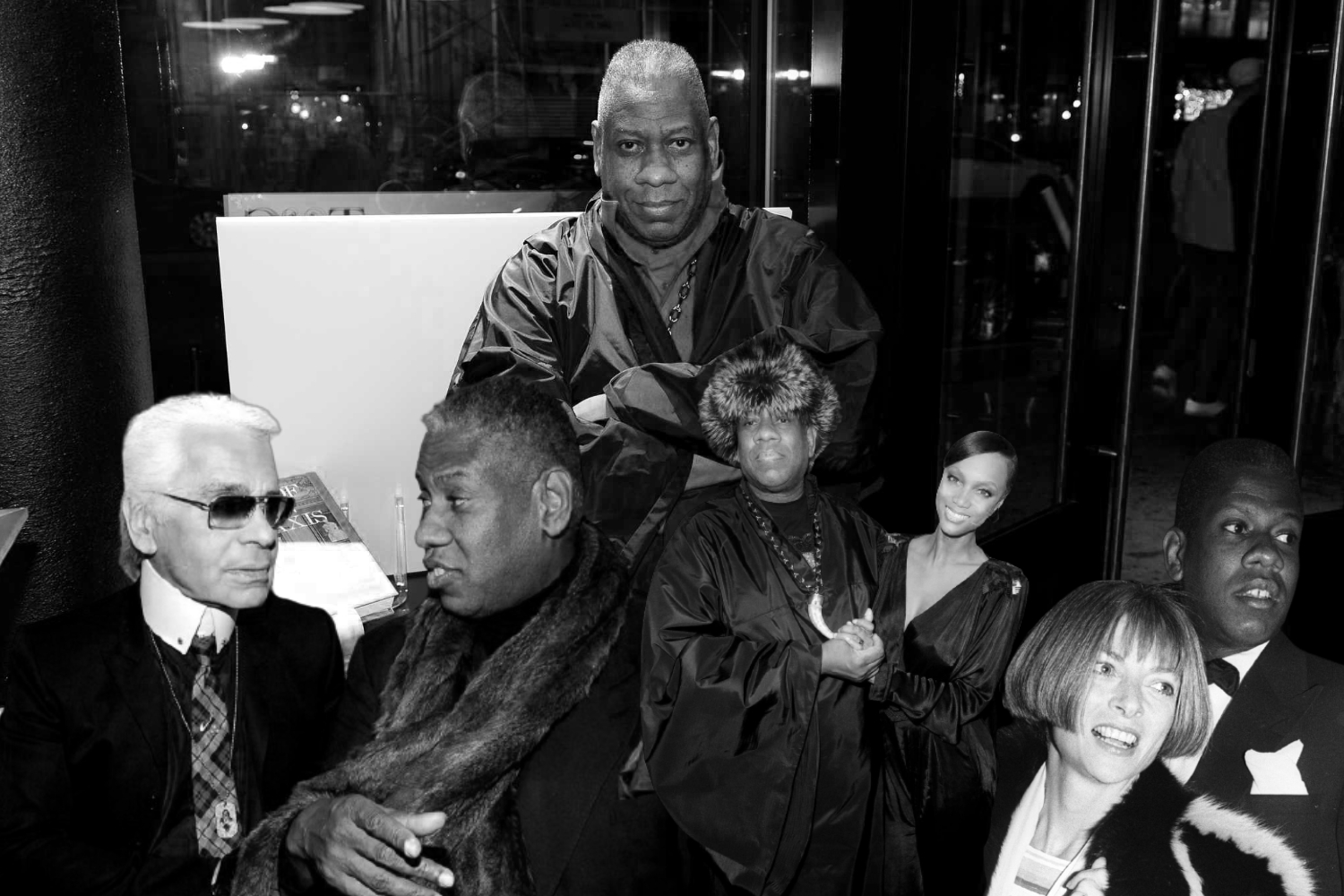 The fashion world has lost yet another icon. Often described as “larger than life” due to his over 6 foot stature and vibrant personality, Vogue’s André Leon Talley will forever be remembered for not only his extensive knowledge of fashion history and iconic capes, but as a legendary editor, friend, and colleague.

Talley was raised in Durham, North Carolina. There, he fell in love with fashion by going to church with his grandmother where he was introduced to “Sunday best.” After discovering a copy of Vogue at the public library at the age of 9, Talley was able to escape out of the world of the Jim Crow south and into the world of fashion through magazines. He attended a segregated high school in Durham where he was taught that “you could not just be good, you had to be better,” a motto he exemplified throughout his career.

He was able to work his way out of Durham and landed himself at Brown University where he earned a master’s degree in French literature and went on to be an apprentice at the Modern Museum of Art in New York City. Through the MoMA, he met another fashion legend, Diana Vreeland, who took him under her wing as they traveled together through the 70’s in the city. He credited Vreeland as being one of the most influential people in his life and for teaching him that “the luxury of a dress comes from within,” as he said in his documentary, “The Gospel According to André Leon Talley.”

Through Vreeland, he met none other than Andy Warhol, who employed him as a receptionist at Interview Magazine. He then went on to work at W, The New York Times and Women’s Wear Daily, where he was its Paris bureau chief which is essentially the manager of that satellite location. In Paris, he befriended many of his most influential associates including Yves Saint Laurent, John Galliano, and Karl Lagerfeld.

He finally landed himself at Vogue where he worked his way up alongside today’s editor-in-chief Anna Wintour. There, he served as Fashion News Director from 1983 through 1987. In 1988, he became the magazine’s first African-American Creative Director. By 1995, he was working alongside Wintour as the magazine’s editor-at-large. He left Vogue in 2013 and his relationship with Wintour unfortunately crumbled. According to Rolling Stone, their fallout led him to note in his memoir that she “abandoned him after he was ‘no longer of value to her.’”

Later, Talley worked multiple Met Galas as a red carpet correspondent and even hosted the Vogue podcast. He also appeared as a judge on America’s Next Top Model and served as a stylist for the Obama family during Barack Obama’s presidency. He was a trailblazer for people of color in fashion, tirelessly advocating for including models of color on the runway and putting an emphasis on black designers, models, and stories at Vogue. He published an assortment of books, most notably A.L.T. 365+, A.L.T.: A Memoir, and The Chiffon Trenches: A Memoir.

He said in The Gospel According to André Leon Talley, “Clothes are my security blanket, and my outfits are my armor against the world of the chiffon trenches.”