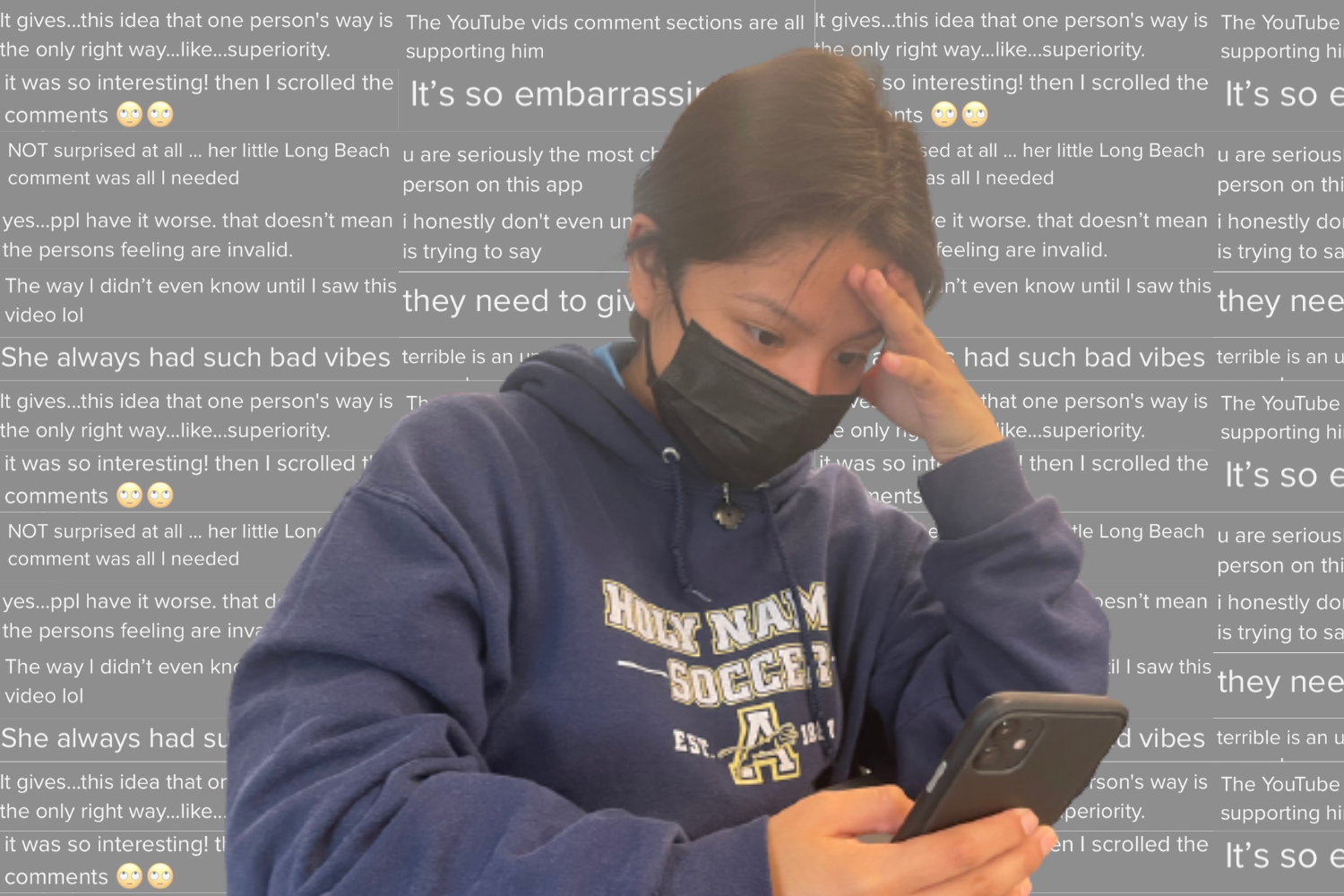 Social media feeds are continually spreading negative content, especially as the ability to tolerate one another lessens.

A recent dance trend to “So Hot You’re Hurting My Feelings” by Caroline Polachek has become the catalyst for the newest widespread outrage on Tiktok. Some are criticizing other users for participating in this trend after it has been alleged that the artist said a slur. The singer-songwriter once posted a screenshot of “Violent Crimes” by Kanye West and quoted a line containing the n-word, also reiterating the word. While these grievances are justified, the issue lies in the fact that participants in dance trend is being villanized because of the actions of the artist — once again highlighting how social media has led to a lack of tolerance of others.

“Drama on social media can be really interesting to read about, but it’s also really important to keep in mind that we don’t really know anything about the people involved in the drama and most theories are mainly just assumptions. It can be really addicting to watch Tiktok drama videos, I watch them all the time, but usually the entire story is not being told,” said Daegan Walker (‘23).

In just one day of scrolling, one might be forced to confront a multitude of scenarios. In many cases, users take their righteous anger and turn it into bullying. Though someone might have acted maliciously, many of these actions have been atoned for by the time the issue has resurfaced. There is also the issue of misconstruing what people say — insisting that there are hidden agendas behind someone’s very simple sentence.

one thing about people on twitter, they gone get mad at you for something you didn’t say!

It is the specific way that social media operates that allows for this phenomenon to take place. Society has entered an age of instantaneity; information can be dispersed through social media, news apps, and the classic — television. This lends itself to the swiftness in which altercations occur on social media: content of some sort is posted, it upsets a group of people, the offended make their own content complaining about the incident, and this continues until the issue falls from the For You page.

The specifics of how these problems are spread so quickly are simple. Once a video is posted and drama ensues, the information is suddenly everywhere. There are comments where people debate the issue, posting updating people on the latest of the situation, and even more posting defending the accused. These issues are able to become inflammatory so quickly because most people engaging with the drama don’t do additional “research” before jumping to conclusions, allowing what could quite possibly be a mere misunderstanding result in someone’s fall from their temporary stardom.

Kathryn Burke (‘24) said, “I believe that people love to argue on social media because it is a way to tell their true and brutal opinions and they do not have to confront someone face to face. This is especially true for people who are normally very shy around others and dislike confrontation.”

However, there are psychological explanations as to why this happens — and why it keeps happening. According to a study done by Yale University, content in which someone is complaining or just being overall negative is more likely to be interacted with, meaning that it will receive more views, likes, comments, and responses than contents of other, more lighthearted subjects. People are then more inclined to post content in which they are being negative because they know it is more likely to gain attention. Based on the way that social media algorithms work, the more negative content one interacts with, the more will appear one their feed, allowing the cycle to continue. Another part of this is empathy: the enate human tendency to reciprocate someone else’s feelings, regardless of the situation’s affect on us personally.

It is important that people, especially teenagers, regulate the content they interact with. This endless loop of drama and apologies is unnecessary, and the best way to end it is to give it less attention. The impact that this content has one one’s mental health is detrimental, thus it is important to limit the amount of negatively charged content one consumes.