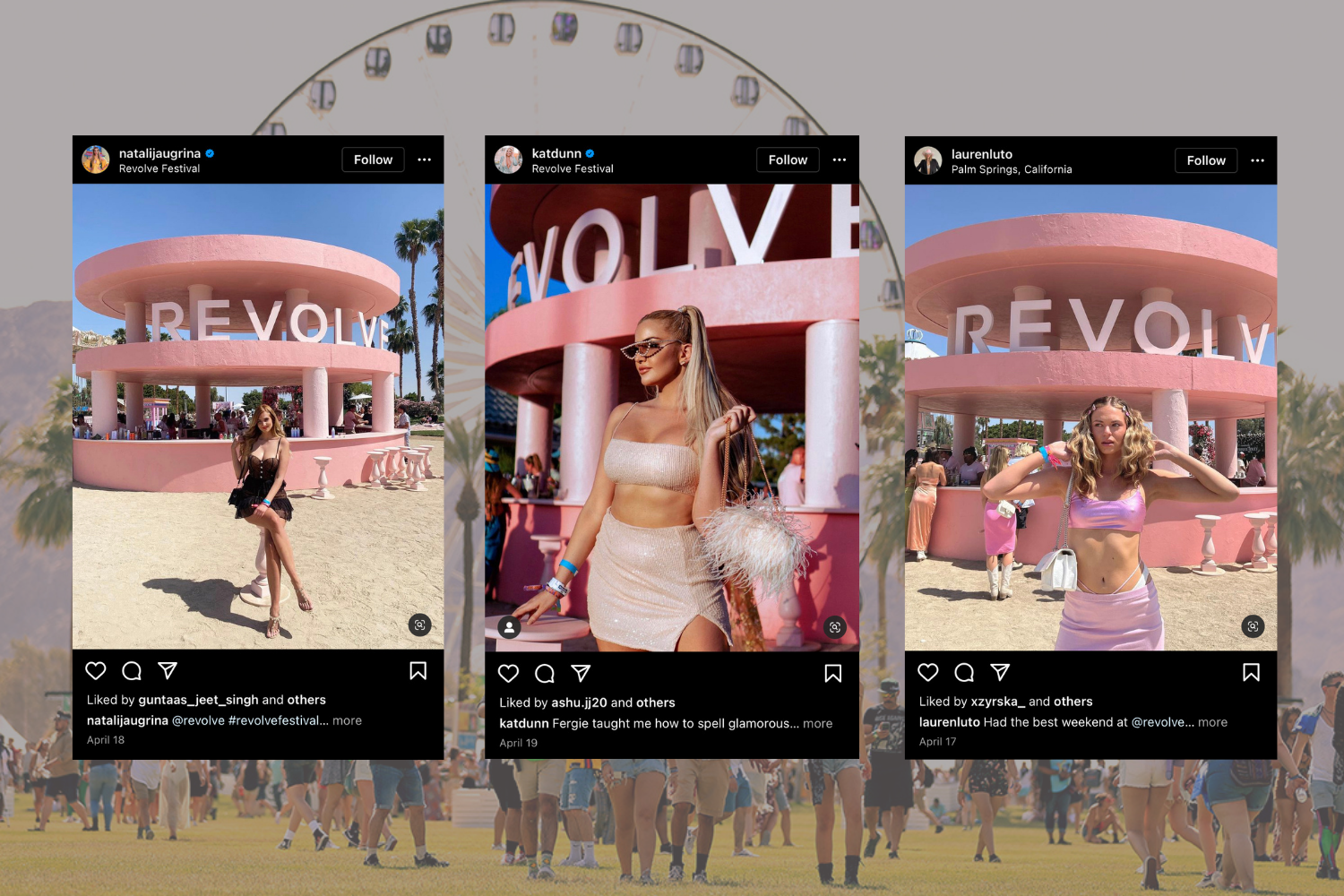 The Revolve Festival which started in 2015 is a two-day Coachella adjacent event for celebrities and influencers (Photo Credits: Kimberly Egoavil / Achona Online)

It’s been officially 23 years since the very first Coachella took place in the vast valley of California, and it’s safe to say that things have drastically changed since that festival. From outfits, prices, after-parties, the musical performances, and the attendees themselves, times have evolved, but has the change brought about been good or bad?

Sofia Girgenti (’23) said, “I used to watch Coachella videos by my favorite influencers all the time. I feel as time has gone by it has become less special and it’s very obvious that the people that attend seem unhappy.”

The first-ever Coachella was held on October 9, 1999, at the Empire Polo Field in Indio, California. Paul Tollett and Rick Van Santen of music promoter Goldenvoice founded the festival, hoping to attract the likes of 70,000 fans with a wide-ranging lineup of artists. Excitingly enough, the first Coachella lineup was filled with multiple genres with standout performers like Beck, Rage Against The Machine, and Tool. Unfortunately, it wasn’t quite successful as expected and it was canceled for the following year, but then returned again in 2001, trending only upwards and showing no signs of stopping.

In 2011, it became a big hit when Kanye West and Kings of Leon headlined. Coachella was no longer a music festival with cool rock artists, it had made its way to amass fans of pop culture. With the creation of Instagram ads in 2013, and the break-in of Coachella in popular culture, the festival became an amazing opportunity for photo ops. As time progressed and more and more people were able to make a living pumping out Instagram content, Coachella turned into the millennial “Influencer Olympics” it is today.

The music festivals of today have become more than just an “event for music.” Like any type of product marketing, there are a lot of components involved for them to achieve cult status and be where they are today. This is especially true for massive events like Coachella, which has become incredibly profitable for music fans and celebrities alike.

Another reason why Coachella has remained relevant throughout the years is that it has become more than just an “event for music.” Brands in the fashion and beauty industry have found that marketing this festival as exclusive makes them the most profit, and influencers and celebrities also thrive in the space. Revolve in particular has taken it a step further and hosted its own two-day festival during the first weekend. They also house 90 influencers from 14 different countries in the same place for the weekend, creating even more sponsored moments. The Revolve Festival brings together artists, celebrities, and influencers at a hotel that produces some of the most Instagram-worthy content because it is tailor-made to produce social media impressions.

Due to its massive partaking in influencer culture, the fashion in Coachella has evolved from what it once was boho, carefree, and jean shorts, into intricate outfits, lots of gemstones, and very Shein-looking clothes. Coachella is a place to stand out, where one can become the next influencer that catches the brand’s eye and gets photographed, and “makes” it. With the rise of TikTok over the pandemic, social media-influencer attendance rocketed and more eye-catching ensembles were observed.

Julia Lombardi (’23) said, “The outfits look uncomfortable, lots of ties, and boots, and very revealing pieces that are definitely not something to walk in under the hot desert. It’s almost like Coachella has become the MTV awards.”

It would be interesting to see how much revenue this particular Coachella has gathered because over time brands such as SeatGeek, Revolve, and WhiteFox have invited more and more influencers making Coachella oversaturated and almost seem “uncool”. Will the festival becoming a “content fest” be sustainable for brands, or will it face the impending doom that brand trips have had? 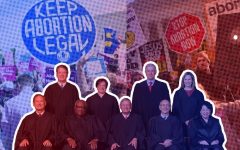 The state of abortion: From the past, to the present, and the unknowns of the future