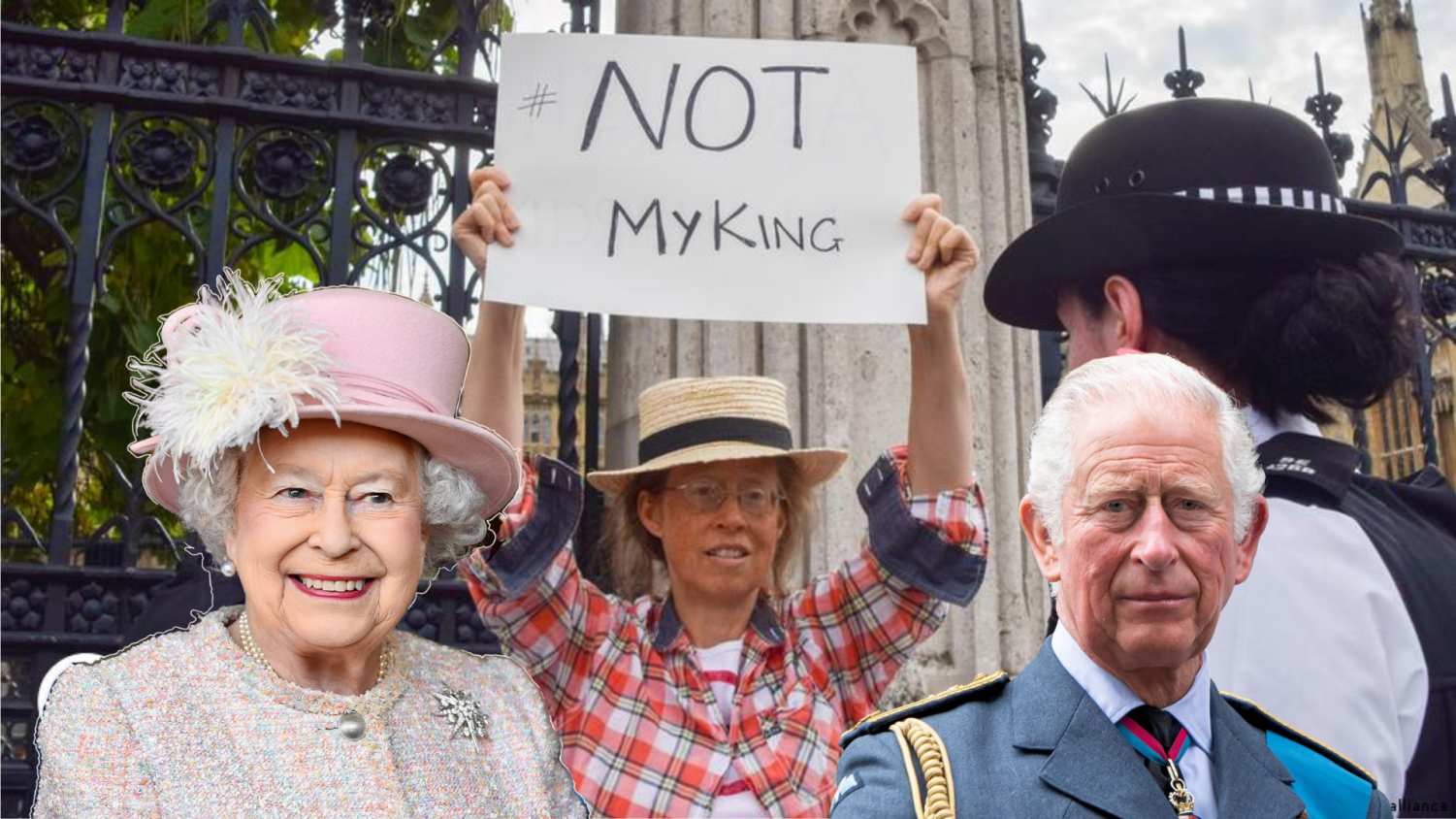 With Queen Elizabeth’s passing, King Charles III inherits the throne, causing much controversy in the UK and around the world. (Photo Credit: Nicole Bianchi/Canva/Achona Online)

With Queen Elizabeth’s passing, King Charles III inherits the throne, causing much controversy in the UK and around the world.

September 8, 2022 will be remembered in many hearts as the day the “kind and courageous” Queen Elizabeth II passed away. Queen Elizabeth II was a mother to four children: Prince Andrew, Duke of York, King Charles III, Anne, Princess Royal, and finally Prince Edward, Earl of Wessex who all had children of their own. Mourners flocked to the area as the Queen’s coffin was relocated to Windsor Castle. Even with her death, many admirers of the queen still remembered her as a queen who had accomplished many great achievements through her lifetime.

Queen Elizabeth II has passed her throne to her eldest son, King Charles III. King Charles III recently gave a speech regarding the death of the queen and his pledge to the British nation saying, “As the Queen herself did with such unswerving devotion, I too now solemnly pledge myself, throughout the remaining time God grants me, to uphold the Constitutional principles at the heart of our nation.” As King Charles III takes his right to the throne, many Britons believe that he will do his utmost best to be a righteous king for them all.

Bella Guzman (‘25) commented on Queen Elizabeth’s death saying, “I have no personal opinions, but it is pretty sad that she has passed away. With King Charles III, hopefully he will follow in the footsteps of his mother as the new king.”

While many Britons are ecstatic for their new king, there are others who are not. Many anti-monarchy protesters have flocked the streets, protesting that King Charles III is “not my king.” Many of these protestors have been arrested by the police. Under Article 10 of the Human Rights 1998, “everyone has the right to freedom of expression,” but adds on saying that this law “may be subject to formalities, conditions, restrictions or penalties as are prescribed by law and are necessary in a democratic society.” As the law states, freedom of speech is allowed in Great Britain but may result in consequences if uprisings and disorders erupt within the country. Anti-monarchy protesters are face troubling times as they express their beliefs with the possibility of being arrested.

Some anti-monarchy sentiment has spread across the world, and has been quite impactful for many UK colonies. Australia, with the late Queen recognized as their head of state, also released a statement of the future following the death of Queen Elizabeth. The leader of Australia’s Green Party, Adam Bandt, has addressed the issue stating that they “need to become a republic.” Jamaica had also publicly released an open letter, stating how the late Queen had done “nothing to redress and atone for the suffering of our ancestors that took place during her reign and/or during the entire period of British trafficking of Africans, enslavement, indentureship and colonization.”

Though the number of anti-royal protestors is rising within England and even among the world, there are still many British citizens and others who regard the Monarchy as a way of life they are still in favor of. A survey done by YouGov found about 62% of Britons are still in favor of a monarchy, and a mere 22% believe there should be an elected head of state instead. Many people in England see the monarchy as a traditional part of their culture and thus a meaningful part of their lives.

They Royal Family also brings in income for the UK government. According to yahoo!sports, between the year 2019-2020, the UK government has earned a grossing income of “￡49,859,000” from the flux of tourists visiting the official residencies. The royals play a crucial role in UK culture and government income.

Many Britons and countries around the world have very mixed feelings towards the death of Queen Elizabeth II and how to move forward. Whereas one side is fighting for the establishment of a new government where they can elect the head of state, another side is fighting for a future leading on with a monarchy.