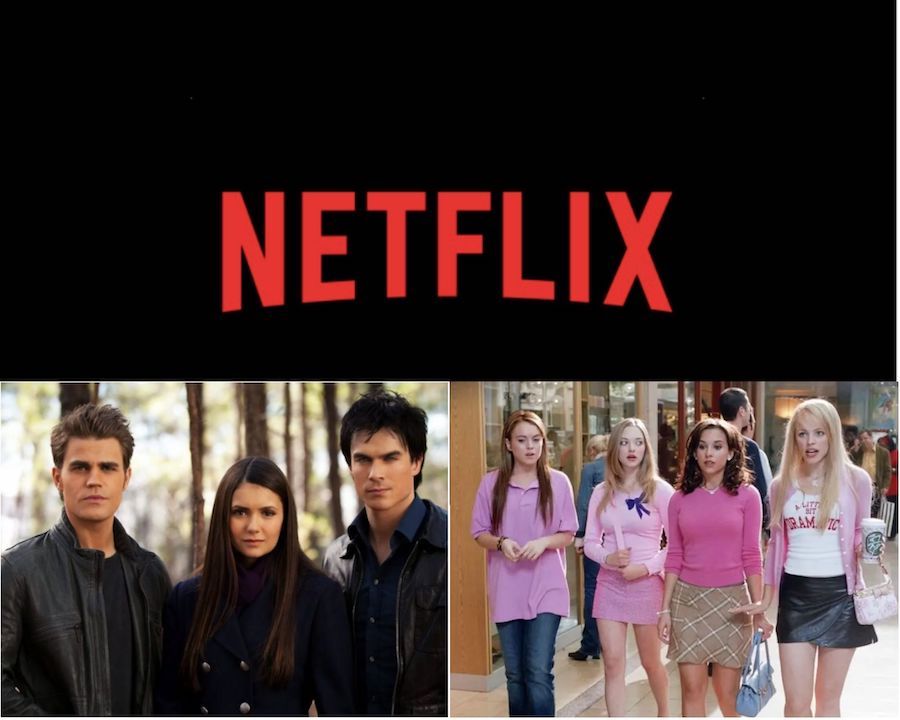 Netflix announces the removal of hit TV shows and movies like The Vampire Diaries and Mean Girls in September. (Photo Credit: Genevieve Chiellini/AchonaOnline/Canva)

Netflix announces the removal of hit TV shows and movies like The Vampire Diaries and Mean Girls in September.

Just when things were looking up in the entertainment world after a few turbulent Covid years, they quickly went south when Netflix announced the removal of the multiple hit shows and movies. Not only this, but there is also talk about including ads during movies and shows.

While some shows and movies that were not as popular are no longer streamed on Netflix, some shows’ removals were very unexpected due to their popularity. Christian Holub from Entertainment said, “Among the titles cycling off the streaming platform this September are EW favorites like The Vampire Diaries, as well as eternally popular movies like Mean Girls…” (Christian Holub/Entertainment).

The world might as well have been ending for senior Sofia Miranda when Netflix announced the date that The Vampire Diaries would no longer be available starting September 3.

“I was very upset since I binged it during Covid. It became my comfort show but now when I look for it, it’s just not there,” said Sofia Miranda (‘23).

Instagram and Twitter were both overtaken by a storm of people that were enraged that their comfort show would no longer be available at the touch of a button. Even those who never watched it were upset that they now would have to pay for a subscription to another streaming service in order to do so. The drama The Vampire Diaries had eight long seasons that encapsulated many teens across the world, who were heartbroken at the announcement of it coming to an end on Netflix.

i will never forgive netflix for taking off the vampire diaries. hbo max really saved us by putting all eight seasons on the app pic.twitter.com/IRZttadeA8

Not only is one of the most well-known shows gone from Netflix, soon one of the most well-known movies will be removed, too. Mean Girls became a classic as soon as it hit the theaters in 2004. It has 84% Rotten Tomatoes and reached $86.1 million in box offices in the United States, according to Rotten Tomatoes. Unlike The Vampire Diaries, this popular movie is not off of Netflix yet, however, the last day to stream is September 30. Fans have a week before they will have to find their favorite movie somewhere else.

Jordan McDede (’23) said, “It is a travesty that it will be taken off. It was one of my favorite movies and I have so many memories of watching it with my friends when I was younger.”

While already taking fan-favorites off Netflix, the company is also planning on including ads. Netflix is one of the only streaming services that does not already include ads, which is what makes it so appealing to subscribers. While this has most customers worried, Todd Spangler with Variety said, “Netflix has not revealed pricing for the ad-supported plan, but it’s promised to be less than the streamer’s most popular plan without any commercials: the Standard package ($15.49/month in the U.S.), which includes two HD streams,” (Todd Spangler/Variety). While there is not an exact date, people can expect to see this change in early 2023.

Even though film favorites are no longer going to be on Netflix, thankfully there are other options, even if they are not the most convenient. And even as the days tick away, there are still a few weeks to enjoy what is left on Netflix without ads. So while these changes seem drastic, at least they are available on other streaming services and not gone forever.

Would you cancel your Netflix subscription over the removal of your favorite show/movie?