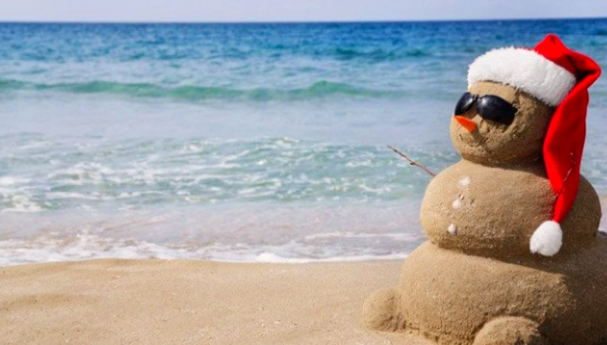 For those that grew up in Florida, Christmas does not have the usual snow and bundled clothing.

With the cold front finally arriving, you may notice that winter isn’t as cold as it used to be. Why is that? With elements of global warming and strong winds of La Niña and El Niño partaking in the sweaty December days ahead, it is most likely that winters in Florida will feel like an extent to summer.

During El Niño, the trade winds weaken. Warm water is pushed eastward toward the west coast of the Americas. During La Niña, trade winds are even stronger than usual, pushing more warm water toward Asia. Off the west coast of the Americas, upwelling increases, bringing cold, nutrient-rich water to the surface. Del Niño heats water and the winds in the northern US and Canada are drier and hotter.

Many Floridians are baffled by the increase in heat. Already being known as “the sunshine state” does not help that year long summers grow. Below are similar comments of Florida’s hot winters from different time periods of vacancy (2018 and 2020).

When you check the week’s forecast in hopes that Florida will remember that it’s winter and global warming just laughs loudly pic.twitter.com/bRI06SAaEZ

Ah yes, that’s why this year has the warmest winter I’ve ever seen in Florida, with temperatures rarely ever going below 75 degrees 😬

These winds harms Florida’s winter weather because of climate change and more flooding and rain rather than cooler weather. Not only will this change the weather for winters, but summers will also be more humid and rain will be heavily incorporated in weekly weather updates.

Being the 12th warmest year in Florida since the impacts of La Niña and El Niño. With the predicted weather seen below, we can see the continuous increase of hot days ahead. The most achievable solution for this weather impact is to decrease the causes of global warming. This includes light pollution, deforestation, industrial pollution, generating power, geographic pollution, and more.

So when will we receive the actual winter experience? Studies by Almanac find that Florida will receive cooler days in January and mid-February. Though to Floridians it will not be the winter experience, we can still enjoy the holiday festivities, and remember to carry a jacket!