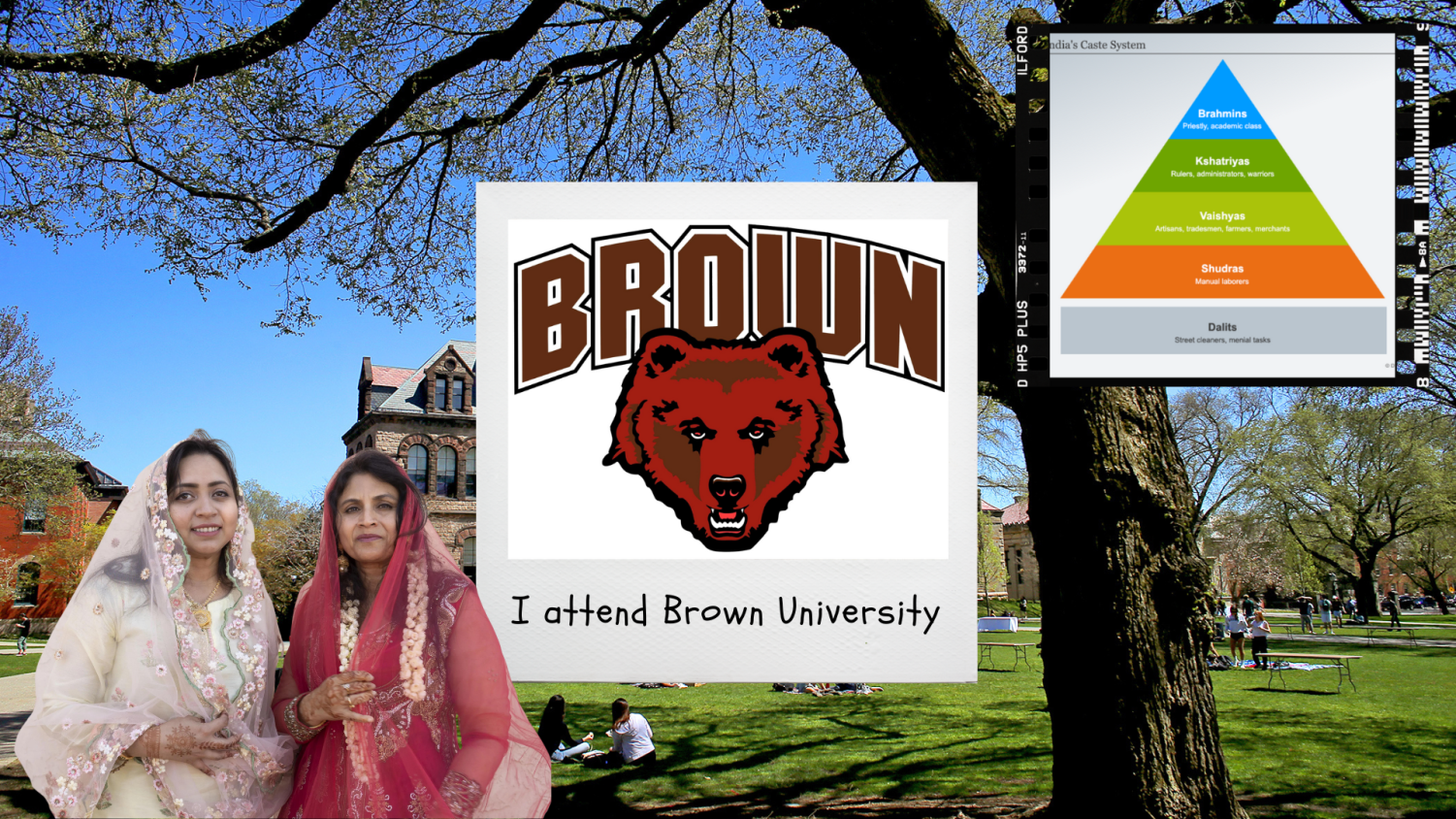 As the prestigious Brown University placed a ban on caste discrimination, this has only further shown the underlying issue of the system as a whole. (Photo Credit: Nicole Bianchi/Canva/AchonaOnline)

As the prestigious Brown University placed a ban on caste discrimination, this has only further shown the underlying issue of the system as a whole.

Sylvia Carey-Butler, the university’s vice president for institutional equity and diversity, commented on the news of the ban being released, saying, “The previous policy would have protected people experiencing caste discrimination,” and also adding, “But we felt it was important to lift this up and explicitly express a position on caste equity.”

So what is the caste system?

The system originates with the story of the god Brahma, a four-headed, four-handed deity who was worshipped as the creator of the universe and believed to create the caste system. An ancient text from Indian culture, known as the “Rigveda,” showed what the divisions were based on.

The caste system is a system which divides Hindus among four categories: The Brahmins, the Kshatriyas, the Vaishyas and the Shudras.

Within the system, the Brahmins are set at the top of the hierarchical ladder and many have careers as teachers and intellectuals. These individuals are also believed to have sprouted from Brahma’s head.

The Kshatriyas had careers mainly as warriors or rulers and were said to have come about from Brahma’s arms.

The Vaishyas, being the third group in the hierarchy, were known to be traders and had supposedly come from Brahma’s thighs.

Coming from the feet of Brahma, the Shudras were the lowest in the group and were in charge of more menial tasks or jobs.

There are many wider impacts of this strict division of social classes. The classes live separately from each other and have to gain many resources on their own.

In India, many marriages are set and arranged by the parents in Indian culture. With arranged marriages, the caste system determines what family one may marry into. People in the upper caste system would likely not be arranged to those in the lower caste.

With education, there is an unfair ruling system used in which one gets to attend a top tier university. Caste-based reservations have commonly been in use where the unprivileged students are already secured a seat into the university, while those who are Brahmins must score a 100% on their exams in order to be given a place in the top tier university. Jobs are distributed to groups from the caste system based on what class their background is.

When asked how these negative aspects of the system would affect the Indian society as a whole, Social Studies teacher Stacy Filocco commented, “The system affected social but also economic structures as well. People are limited to specific jobs, specific places that they can live, and subsequently it has a major impact society as a whole. It’s interesting to know that any kind of discrimination is something to be considered in terms of whether or not it is promoting inequality. It is interesting to see that they are adding that [the caste discrimination ban] especially as our South Asian population increases. It may not have been on some peoples’ radars.”

Even with such long-lasting negative affects to this system that has been in place for thousands of years, there are good news to which the Government can help and make the system more lenient on aspects of everyday life.

Intercaste Marriage: Currently, only 5% of marriages are between different castes. With more people being accepting of the intercaste marriages occurring, this could help decrease the upheld belief of marriages based on the caste system.

Intercaste Dining: To grow a population where more are accepting of other castes, more public events being held, especially dining events local governments have set up, can help to increase a sense of inclusion and equality.

With the ban on caste system discrimination in Brown University, this is showing others that discrimination exists in many different forms, and exists within many parts of the world.

Society, as a whole, must act on these injustices and take part in fighting for better future, a future where sons or daughters wouldn’t have to experience trauma from bullying, or from opportunities that they should have received if it weren’t for their hierarchical status in society.