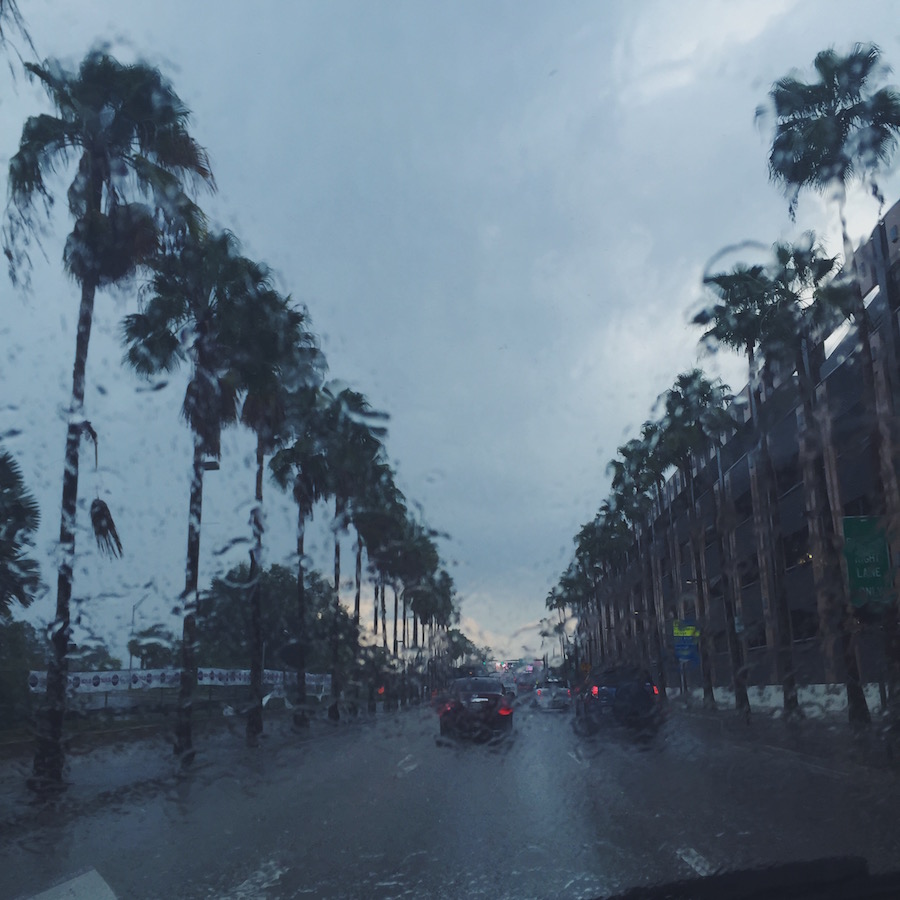 The storm has already grazed over the Bahamas, Jamaica, the Dominican Republic, and Cuba, but has directly hit Haiti, devastating them again, just as they emerge from the crippling effects of the earthquake six years ago. Over 200 people have died, with more still missing. One room homes with tin roofs are common in Haiti and these are extremely vulnerable to wind damage, and with no provisions to prevent flooding entire towns were leveled.

Hurricane Matthew is the first category four hurricane to hit Florida since Hurricane Charley in 2004. It has exhibited 140 mile per hour wind speeds, enough to rip a roof off of a traditionally built house. Also expected is flash flooding and storm surges up to twelve feet high.

Hurricane #Matthew is heading for the US, threatening Florida. You can track it here: https://t.co/hRlyqETy84 pic.twitter.com/tHcQ85uyXc

According to Channel 8 News, Hurricane Matthew will hit just north and east of West Palm Beach on Friday at 2:00am,  then travel up towards Cape Canaveral. The coastline is most vulnerable to the storm, and everyone within 500 yards of the shore has been urged to leave immediately.

Florida Governor Rick Scott has not understated the possible effects of Hurricane Matthew.

This hurricane is life-threatening. Listen to your local officials and follow evacuation notices.

USA Today reports, “about 1.5 million Floridians are under evacuation orders.”

Many people however, are choosing to bunker down and endure the storm. Although Florida is rarely spared from some degree of stormy weather during hurricane season and many people consider themselves veterans of such weather, many news syndicates are advising against staying put.

The Washington Post publicized, “The hurricane appears to be without comparison in modern Florida history for eastern and central Florida, and could lead to multi-billion dollar damages across the state”

All school has been cancelled on Friday, October 7 in Hillsborough, Pasco, and Pinellas county.