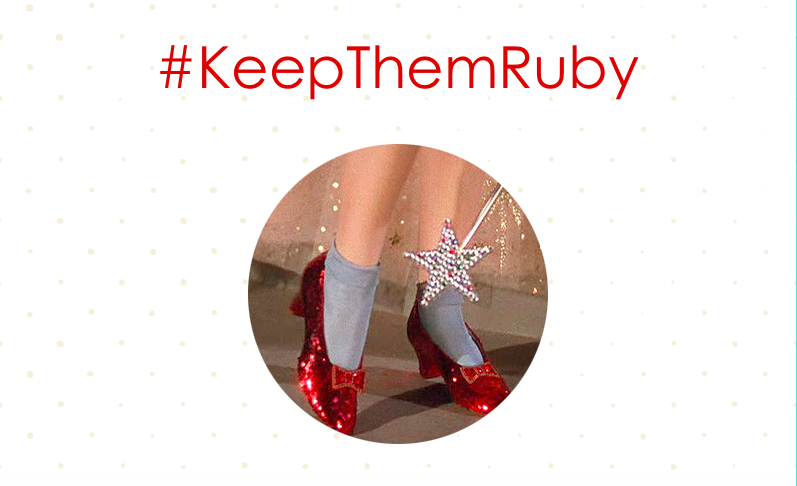 Credit: Valerie White/Achona Online In the original novel, Dorothy’s shoes were silver. However, ruby slippers were chosen instead to showcase better in the Technicolor film.

On October 17th, the Smithsonian Institute launched a kickstarter campaign to “save” the infamous ruby slippers from the movie, The Wizard of Oz. The goal was to raise $300,000 to revamp the slippers by fixing the sequins and loose threads. Also, the Institute plans to use the money towards a new display case to prevent further decay of the shoes.

Our goal is not to make the Ruby Slippers look new but to display them for years to come. They're our most requested object. #KeepThemRuby 👠 pic.twitter.com/wKYj0O0oA1

Judy Garland, who played the role of Dorothy in the movie, used the particular set of slippers in most of her dance numbers. The slippers themselves consist of 2,400 cellulose nitrate sequins with mismatched bows, and are a darker shade of red then they appear. They have been around for over 80 years, since 1939 when the movie debuted. In 1979, an anonymous donor gifted the slippers to the Smithsonian Institute. There they have resided as a fan favorite in the American Stories exhibition in the Smithsonian’s National Museum of American History in Washington D.C.

Senior, Kathryn Byers reflected on her childhood obsession with the slippers, “When I was three years old, I watched The Wizard of Oz and fell in love with Dorothy’s ruby slippers. When I got them for Christmas, I wore them everywhere with everything. I had about four pairs because I wore them so often that the sequins would fall off.”

Dawn Wallace, a conservator at the museum, remarked, “The materials are incredibly sensitive. If we’re not able to limit a lot of deterioration issues that are going on currently, it could really shorten their lifespan.”

To prevent loss of the coating on the sequins, scientists will research the material to identify best display conditions. #KeepThemRuby 👠 pic.twitter.com/Hl06cfj5XA

Junior, Evelyn Martinez comments her opinion regarding the significance of the slippers, “Preserving the slippers is cool, especially since they are so well known and are from a classic film. At first they’re just shoes Dorothy takes, but by the end of the movie they become the reason how she gets home.”

The #KeepThemRuby kickstarter campaign reached their goal in only a week with over 5,300 donations from 41 different countries.

Senior Meredith Butler believes that a kickstarter was “a good idea because the slippers are culturally significant. The public wouldn’t be happy if they had used taxpayer’s dollars to pay for it.”

Overwhelmed with the generosity of donors, the Smithsonian Institute announced an extension on the kickstarter for $85,000. The money raised for the extension will help preserve another icon from the movie, the scarecrow costume. The costume was donated in 1987 by the wife of Ray Bolger, the man who starred as the Scarecrow. It is another sensitive, and fan-favorite piece of the museum.

At the end of the #WizardOfOz, before she returns to Kansas, Dorothy says she'll miss Scarecrow most of all. #KeepThemRuby pic.twitter.com/98zIq0OmN4

With the help of thousands, the ruby slippers are able to stay in their home in pristine condition for the future years to come.