Free Hugs Campaign Reaches Out to the World 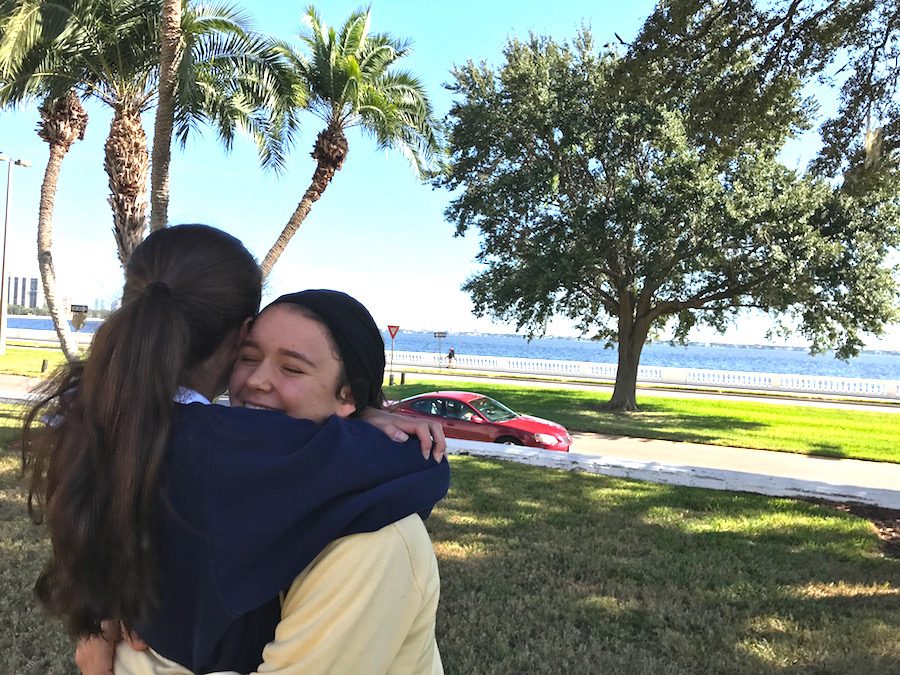 The Free Hug Campaign is a movement to spread love through hugs. This movement has become successful because it looks beyond the surface of personal differences. It was inspired by Juan Mann who returned home to Sydney, Australia in 2004 after a string of missteps in his life. He watched as families reunited to greet and show love to one another but was saddened when he didn’t receive the same homecoming.

He decided, “In this age of social disconnectivity and lack of human contact, the effects of the Free Hugs campaign can become phenomenal.”

Mann decided to stand in the busiest pedestrian intersection he could find with a poster scrawled “Free Hugs” on the front of it. He stood there while people from all walks of life came to give him a hug. A woman came up to him and told him she’d been having a horrible day and what she needed, when she felt most alone in the world, was a hug. Mann felt that it was worth the time to bring joy to the world, even for a short amount of time.

Now, the movement’s goal is not just about giving hugs, but teaching the new generation about peace and unity in the face of adversity.  Advocates for the Free Hugs Projects will stand near rallies and protests to remind them to spread the message of peace toward to ones they fight against. These random acts of kindness have spread across the world to place like Berlin, Canada, London, and Peru.

The torch has been passed down to Ken Nwadike who was a homeless track star before he became inspired by the Free Hug Campaign in the wake of the Boston bombing. The bombing hit close to home so he decided to sign up but missed the deadline by 23 seconds. In response, he stood by the runners and held up a sign with “Free Hugs” on the front. He was astonished by the number of people that stopped to greet him and his mission to pay it forward skyrocketed from there. Nwadike, a later peace activist and motivational speaker, developed a mission to stop the spread of hate and asked people to step out of their comfort zone to share love and positivity. He is a symbol of peace and hope in a world where negative conflict is often out of balance with love and encouragement.

“Fear and anger will cease to exist where love is abundant,” Nwadike states,“All the bombings and domestic terror happen because people feel isolated and feel they are not loved, which creates hate in the world. This project was born to remind people that you need to cheer on the fellow man, not just the one who succeeded.”

One of the Free Hugs Project’s littlest fans was inspired by the work Nwadike did in Charlotte after the police protests. The little boy gave hugs to the policemen at the Charlotte police department, wearing a sign that said “Free Hugs”. The little boy is just one of the people inspired by the message that it is truly rewarding to remind people how important love is in the world.

Nwadike also speaks to high school students from around the country. He tells his story and inspires the students to develop leadership skills and ways to spread love on the high school level and into their future lives.

Recently, Nwadike has been giving out hugs and spreading positivity to the Trump protests in major cities, like New York City and Washington D.C., all around the country. The Free Hugs Project is a one man peace movement that breaks the boundaries many people build in response to adversity.The movement is blind to skin color, gender, race, and places everyone in the same position, someone who wants a hug.