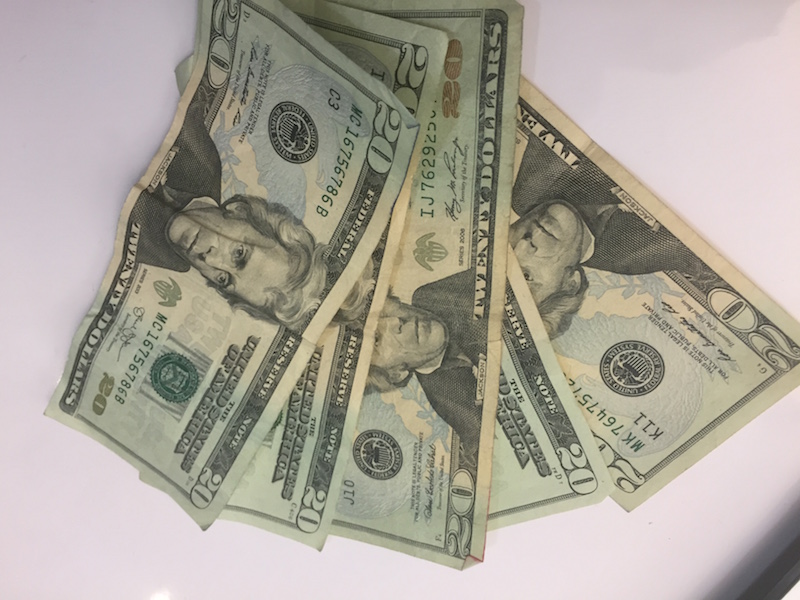 Residents of Salem, Oregon and now Bradenton, Florida may be lucky enough to receive a gift from a kind stranger. Photo Credit: Audrey Anello/AchonaOnline

Finding a random $20 bill or being the recipient of someone “paying it forward” are thought to be results of good luck, but that may not always be the case. For people such as  Mike Nirscho, it was just good timing.

Nirscho lives in Bradenton, Florida, and was recently laid off. A man named Todd Simms turned his luck around one day after approaching him and handing him a $100 bill, no questions asked.  According to a Fox News Article, Simms says that he recently came into a large amount of money and was inspired by a mystery man in Salem, Oregon who hid $100 bills in random places for anyone to find.

Although Simms is not anonymously donating money, he still follows the example set by the mystery man in Salem, Oregon. This person has been nick-named “Benny” due to the image of Benjamin Franklin on the $100 bills he plants around town and the signature left on each bill.

Senior Kendall Catone says “It’s really nice that Simms is doing this. He doesn’t have to at all, so him going out of his way to help others is really nice.”

Benny seems to plant the money in places where the ones who need it most, find it. They have been found in diaper boxes, cereal boxes, and feminine hygiene products. Some locals say that the places where the money has been found suggest Benny may actually be a woman who once experienced financial difficulty,  and now wants to help those in the same position.

Sophomore Riley Kaytons says, “I could see Benny actually being a woman. That would be so cool.”

Residents of Salem, Oregon don’t mind not knowing who Benny is; he or she is simply a person all residents are thankful for, whether they need the financial boost or not. As this trend spreads  throughout the U.S., residents of different areas are keeping their eyes and ears open hopeful for news that they may find their own “Benny.”