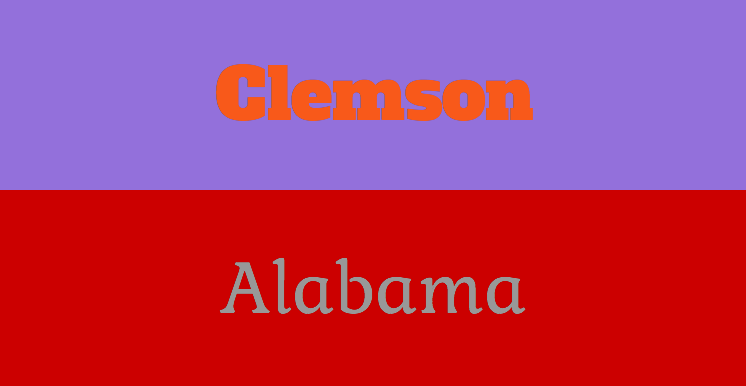 Clemson made a comeback in the 2017 National Championship after losing to Alabama in 2016.

By the end of the fourth quarter, both teams had scored back and forth creating more tension than anyone watching the game could handle. With six seconds left, Clemson had the ball at the two-yard line where quarterback Deshaun Watson threw it to wide receiver Hunter Renfrew, giving them a game winning touchdown.

Junior Cydney Figueroa, a Crimson Tide fan, said, “When Clemson won, I was so angry because I thought for sure that Alabama was going to win with the way they played from so early on in the game. I was so upset, that I did not answer my snapchat streaks that were Clemson fans because I knew they would not let me hear the end of it.”

The previously undefeated Crimson Tide finished #2 in the AP Poll and the Tigers currently hold the coveted #1 spot.

Math teacher Anne Mikos said, “The end of the game was very dramatic and surprising. It was really fun and it was much more exciting to win that way than in a blowout.”

There were many highlights throughout the game for both teams.

Figueroa said, “I think that O.J. Howard’s 68 yard touchdown catch was the most surprising part of the game because it completely caught everyone off guard and impacted the score the most.”

Mikos, a Clemson University alumnus said, “There was this one play where our quarterback got tackled but he was jumping in the air so when they hit him he spun 360 degrees sideways in the air. Then he got right back up like it was no big deal.”

The 2017 College Football National Championship ended the way any game between the top two college teams in the nation should end; with people on the edge of their seats up to the very last second.