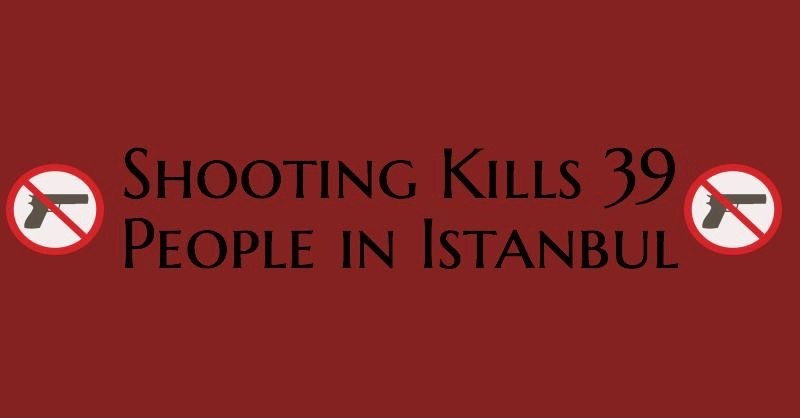 The Reina is a popular club frequented by celebrities and wealthy people, and is located along the Bosphorus Strait. The nightclub can be reached by boat in addition to its land entrance. The nightclub is a major attraction within Turkey, and is visited by hundreds of people annually.

The Reina, a nightclub in Istanbul, became a horror scene after a gunman opened fire on those occupying the club. The attack began during the first hour of the New Year while the victims were enjoying their night out at the popular club. The attacker is responsible for the death of 39 people and the injuries of many more. The gunman, who has been identified by the Turkish authorities, used an automatic rifle to commit the terror attack. Turkish officials have not released the perpetrator’s name.

Victims were forced to hide underneath couches during the shooting in an effort to escape the dangerous situation. In addition, some people had to jump into the water outside of the club to avoid being shot. Of the 39 people who perished, 24 of them were from a country other than Turkey. Although there was only one gunman, Turkish authorities are holding 36 people who are suspected to have been involved in the shooting.

As sophomore Samantha Lleras said, “I think that the attack was horrible, and I feel bad for the victims of the shooting and their families.”

United in #Solidarity: The #BrandenburgGate is lit up in #Turkey's national colors today commemorating the #Reina attack victims. #Istanbul pic.twitter.com/iH7cSKusTU

Although the gunman’s name has not been identified, Turkish officials have released a video filmed by the suspect. The video was filmed in close proximity to the nightclub, and was posted using a Telegram account, which is a messaging app. The account was made in order for ISIS supporters to communicate with one another. The perpetrator’s use of the account implies that he is in contact with ISIS, who was quick to claim responsibility for the shooting.

Assembled in 2006, ISIS is a militant group who is responsible for instigating worldwide acts of terrorism. ISIS has been able to recruit members through social media platforms, such as Facebook. In addition to the attack in Istanbul, ISIS’s influence is linked to incidents such as the market attack in Berlin and the San Bernardino shooting in California. These attacks have taken several lives and caused mass destruction.

As freshman Mei Lamison said, “Every night we turn on the TV and stare at countless versions of terrorist attacks, war, and violence on the news. These problems keep occurring, and it’s hard not to immediately feel angry and to dwell on them. The solution to these problems starts with us, even if we are not directly responsible for solving them.”

Over the course of 2016, Turkey has been the victim of several terrorist attacks, which has called for increased security throughout the country. In addition to the attacks that have succeeded, Turkey has prevented 339 “terror incidents” over the course of 2016. After becoming involved in the conflict within Syria, Turkey has since been frequently targeted by ISIS through several different types of attacks.

Acts of terrorism affect the lives of millions of people throughout the world. Increased security and several other measures have been implemented in order to help stop ISIS from affecting more lives and causing more damage. As the world works towards ending the threat ISIS is causing, new ideas to combat terrorism will come with it.