The World Celebrates Chinese New Year: The Year of the Rooster 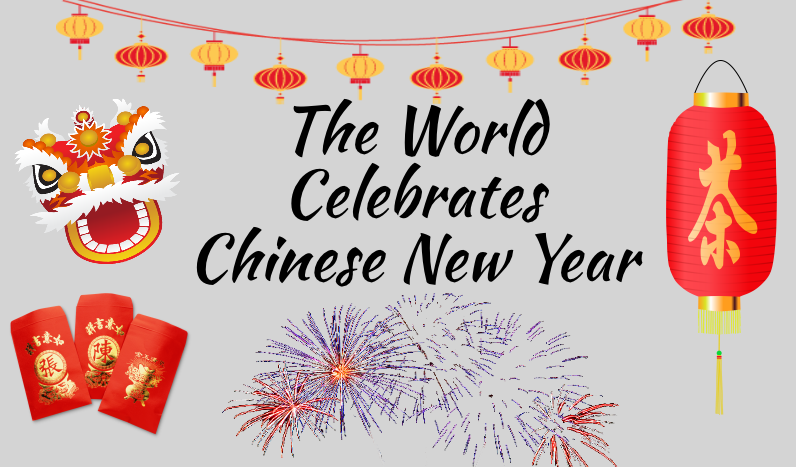 The phrase “Happy New Year” means “Gung Hei Fat Choi” in Chinese or “May You Have Good Fortune.”

In the New Chinese Year, also called the Lunar New Year, crowds in Asia and beyond celebrate the lunar cycle that signifies the birth of a new beginning. The parameters of the new year are set according to the lunar cycle that complies with Chinese calendar. It is a tradition that has been around for centuries and it considered one of the largest holidays in China. Crowds gather in streets for parades that include paper dragons, lanterns, fireworks, elaborate costumes, music, and many food vendors.

Each day consists of a different event, such as one day dedicated to the younger members of the family eating and spending the day with the elders to form deeper connections. During this time, people also settled debts and absolve any fights and grudges they have held in order to start fresh in the new year.

On the first day of the Chinese New Year, people usually do not eat meat. Abstaining from meat on the first day not only ensures a long and happy life, but it also helps purify and cleanse the body.

#ChineseNewYear is a holiday not only for China; but which countries also join the big celebrations? https://t.co/E8dPparxO0 pic.twitter.com/YNaunOt1TG

Chinese New Year began as far back as the 14th Century during the Shang Dynasty. Over the years customs and traditions have been altered and changed over time according to location and events in history. In the time of Chinese dynasties, different emperors celebrated the new year in different ways. The Zhou Dynasty celebrated the beginning of the agricultural season, the Han Dynasty popularized fireworks, and the Tang Dynasty began writing riddles on lanterns to display during the celebrations. Under the rule of Chinese Communist Party leader Mao Zedong (1893–1976), the government forbade the celebration of the traditional Chinese New Year and followed the Gregorian calendar in its dealings with the West.

Chinese New Year in America goes as far back as the Gold Rush in the 1860’s when a large number of Chinese immigrants came in search of gold in California. Outside of Asia, San Francisco has the biggest Chinese New Year parade in America. People from all over the world celebrate the new year in different ways.

People ranging from Indonesia to New York City host their own parades including reenactments, burning incense, and wearing costumes. It is traditional for grandparents to give the young generation red envelopes, typically called hongbao, that are filled with money. It is believed that money in the red packet will suppress the evil from the children, keep them healthy, and give them a long life.

Before the New Year, families will partake in spring cleanings of their household and decorate the walls and rooms with lanterns, door gods, paper cuttings, and paint. During the celebration, people typically dress in new clothes from head to toe to symbolize a new beginning. Also, according to Chinese tradition, whatever someone does on New Year’s Day sets the precedent for the rest of the year. For example, if someone borrows money on New Year’s Day, he or she will be borrowing all year.

Sophomore Katherine Fernandez said, “My grandma sends red envelopes with money in them. It is supposed to bring good luck for the new year.”

One of the most important traditions is the New Year’s Eve dinner that is shared with family and the time watch fireworks afterward called Shou Sui. They stay up all night, light lanterns, and set off fireworks to ward off bad spirits.

Every Chinese New year ends with the lantern festival on the 15th evening of the first lunar month as they light the way for the new year and signifies deep-rooted tradition.  It is a time for other to immerse themselves in Chinese culture, eating new and traditional Asian dishes, music, discovery, family, and overall enjoyment in a new beginning. This year, it landed on January 28 and was deemed the year of the rooster.