“Good Girl” Flyers Cause Uproar at a Jacksonville High School 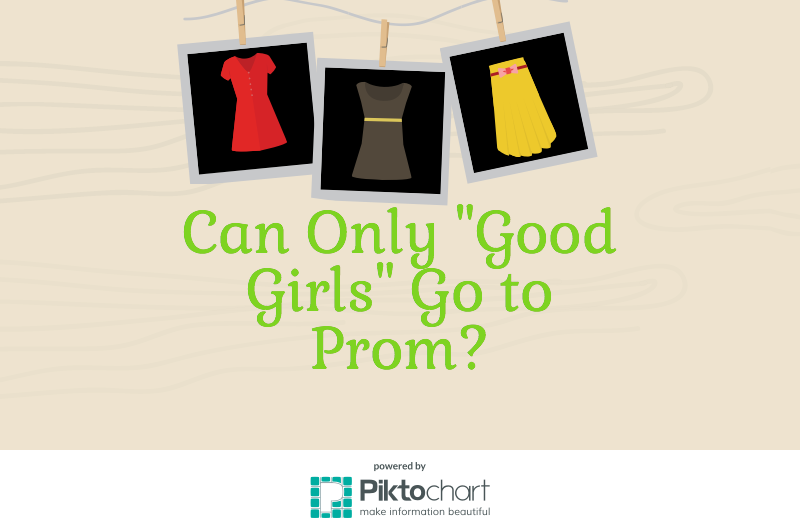 Senior Meredith Butler says, “They [the school] made it [the “Good Girl’ advertisement] public which is a bad thing. And they aligned it to be good or bad. That has no correlation of how you look and act”

Dress restrictions are typical for some high schools during prom season, however, Jacksonville’s Stanton Preparatory Academy took their do’s and don’ts to an extreme. Flyers were hung around campus featuring photos of what girls should and should not wear on prom night. One poster read “Going to Stanton prom? Yes you are.. Good girl,” which caused an uproar in the school.

Students from Stanton Prep rapidly took to social media to express their discontent with the school. Many felt being identified as a “good girl” for wearing a specific dress was degrading and objectifying. Christian Mortimer, a senior at the high school, was irritated by the “demeaning language” and “slut shaming” displayed by the school, which is why he took this story to a local news channel.

Senior Lisette Cruz spoke about the language used on the signs, saying, “In our society there’s this ‘daddy-daughter thing going on’ and it’s weird and degrades a girl into the submissive way.”

Mortimer shared why he took this action, saying, “I was really tired of administration thinking they can treat students however they want. I wanted someone to hear about it.”

Quickly after airing on Action News Jax, the story quickly blew up, taking the media by a storm. The flyers made their way as a headliner on multiple big-name websites including Buzzfeed, Cosmopolitan, and the New York Times.

This is the power of a united student body. I'm a proud alum 💙#scpgoodgirl https://t.co/Tkhswq5qQL

Students then took more action by wearing purple and white to school in order to express support for women.

Mortimer says it’s important for people to know what happened “because when they [the public] see that we stood up for something and made our voices heard, they will fight the injustice in their lives and I want everybody to stand up for themselves and their beliefs.”

#scpgoodgirl made it on the today show this morning, shows how powerful a student body can be when they come together

An article from Teen Vogue reports that the school’s administration did not approve the posters before they were put up, however, according to Mortimer, he is sure it was a member of the administration.

Similar to Stanton Prep, AHN does have its limitations regarding attire at Christmas Formal and Prom, however, the school delivers the message through student-produced videos and information provided in the handbook.

After receiving so much attention, the school made a public apology regarding the signs.

Regarding the attention, Mortimer says, “I was extremely inspired, I didn’t think anyone would care about what we were fighting for, but then it was on the national news. It just proves that your voice does matter, regardless of whether you think it does or not.”