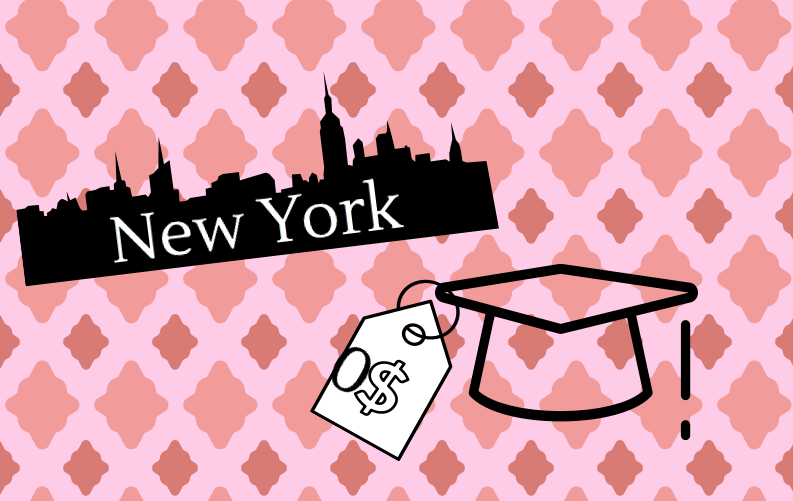 Average in-state tuition for a student at a four-year college is $8,900.

On Sunday April 23, New York Senate passed legislation to make public state schools tuition free for residents who earn up to a specific income cap, which will be phased over the first three years.

Governor Andrew Cuomo had originally introduced this plan he called, the Free-Tuition Program, in early January but it wasn’t until this past week it had been passed. It will begin in the fall of 2017 and start by assisting families who earn less than $100,000 this year but the income cap will reach families earning less than $125,000 by 2019.

The families who are eligible will have no cost for the education itself, but will still have to be responsible for the extra cost of room and board if the students choose to live on campus.

However, there are a few qualifications for the students as well. Each student must take 30 credit hours per year and must live and work in New York for the same number of years that they received funding.

Junior Gillian Garcia says, “When I saw that college was going to be free in New York for a certain amount of families, I was so happy because there are so many students who are brilliant and can change the world, just don’t have the resources to get there, but now they are given this great opportunity. I hope other states will join the bandwagon.”

The program is estimated to cost $163 in the first year and increase as more students become eligible. However, the final budget that Governor Cuomo estimated includes an additional $19 million to create a new financial assistance program aimed to help students at private schools, who still fall under income cap.

ICYMI: New York just approved free tuition at public colleges and universities! This student told us what that means to him. 🎓 pic.twitter.com/652loOvYF3

Many other areas are following in New York’s footsteps. Rhode Island is looking into similar legislation to make two years of their public universities free and Tennessee and Oregon have already implemented programs to eliminate the cost of community colleges, regardless of income.

Senior Riley Gillis says, “I really love how states are beginning to recognize how expensive college is and create programs that will help because I think college is something everyone should have the opportunity to experience and use for their future.”