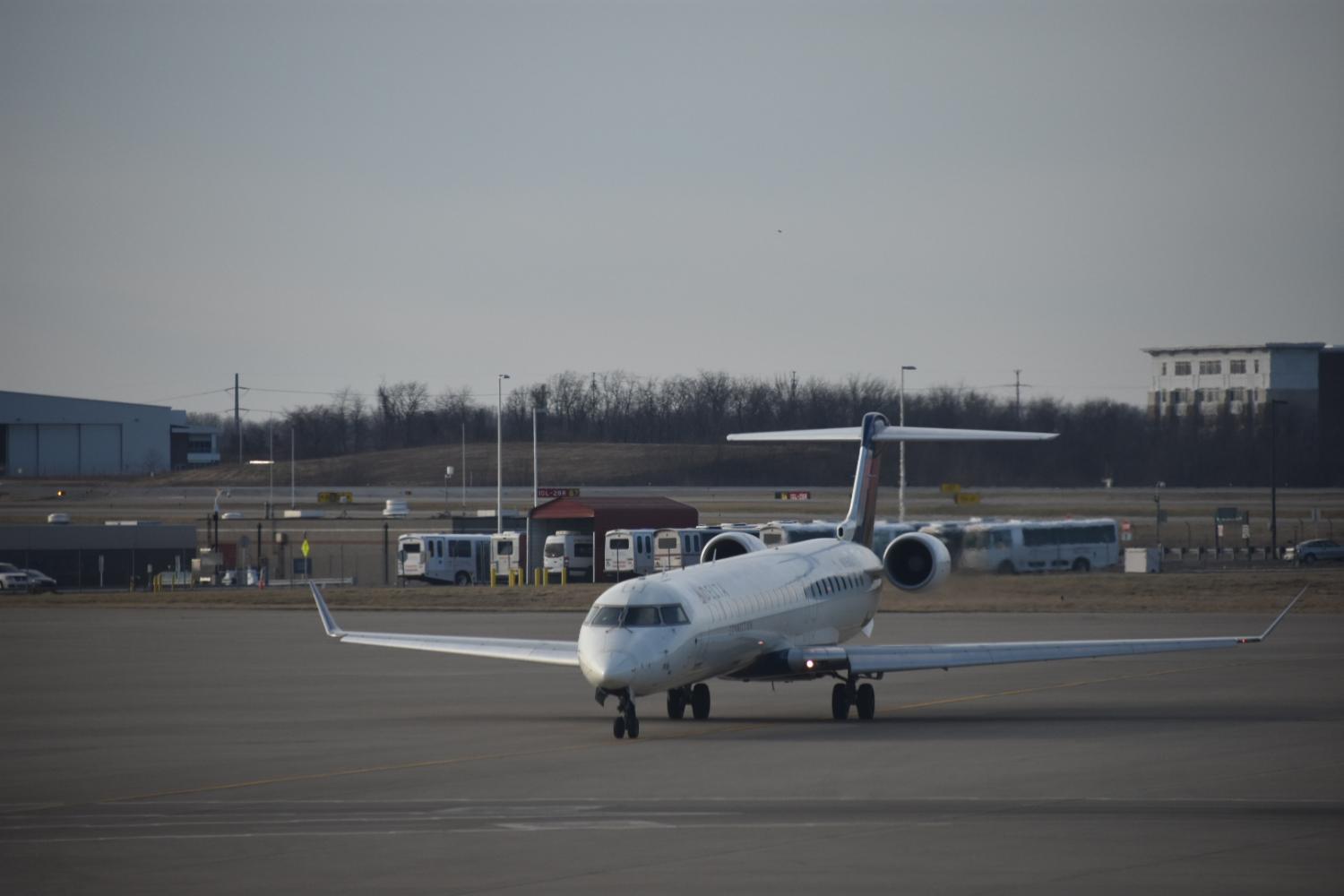 Recently, specific airlines have captured the attention of the media after a series of controversial events.

Over the course of the last several months, airlines have become a topic of controversy. After the occurrence of several events, the behaviors exhibited on various flights are being investigated.

Specifically, United Airlines has been involved in the recent incidents. Within the month of March, United Airlines refused to allow two young girls to board a flight because they were wearing leggings. The occurrence sparked controversy, but was later explained by United. United Airlines released a statement stating that the girls were “pass riders” and were required to adhere to a specific dress code. “Pass riders” are customers who are relatives and friends of the airline’s employees and receive discounts on their flights.

The end of United’s statement said, “To our regular customers, your leggings are welcome.”

A 10-year-old girl in gray leggings. She looked normal and appropriate. Apparently @united is policing the clothing of women and girls. https://t.co/RKsIFoE8pq

Soon after the dress code controversy, footage was released of a man being dragged off of a United flight. The flight had been overbooked, and four passengers were asked to give up their seats on the flight for employees. The passengers were offered compensation; however, Dr. David Dao, the man being dragged in the video, refused to give up his seat when asked. The police became involved, and Dao was removed forcibly from his seat and sustained injuries.

Dao has since reached a settlement with the airline. The incident has influenced other airlines, such as Southwest, to begin to stop overbooking flights.

Freshman Mei Lamison said, “I feel like airlines have always had their problems, but now that the situation is receiving more coverage the media is watching out for incidents like these.”

In addition to these two incidents, United Airlines has also been brought into the public eye after a large bunny died on board a flight. Although United is investigating the matter, the airline does have a history in animal deaths. According to Fortune, 14 out of 35 of the animal deaths occurred on United flights within 2015. The giant bunny was the not the only animal incident on an United flight. On the same day Dao was dragged off of the plane, a man was stung by a scorpion that fell from an overhead bin.

Wow. United airlines should just fold. First the leggings, then the doctor getting beat & dragged, then the scorpion, now the dead rabbit. 😵

The controversial incidents that have taken place on United Airlines’ flights have brought attention to several topics that need to be addressed. However, the attention brought to these flaws will help to better the treatment of the customers of various airlines and to keep occurrences like these from happening again.

Although these incidents highlight more severe occurrences, students at Academy have also had their own share of discomfort when dealing with flights.

For example, sophomore Gabby Boyd went through two ordeals with the airline Delta.

Boyd said, “When my family and I were heading home from Denmark, we found out that Delta had messed up our flights. Instead of heading back to the United States, our flights were headed to Munich. We lost the money we spent on the flights, and we were stuck in Denmark because they did not have anymore flights.”

In addition, on the way to her mission trip in Costa Rica, Boyd also ran into issues with her flight through Delta.

Boyd said, “When we were checking into our flights to Costa Rica, we tried to use the kiosk with my passport, but they did not have a ticket under my name. After checking the ticket, we found that they had misspelled my name as ‘Gadrielle Boyd.’ I almost missed the flight because it took so long to get it fixed.”

In order to make the experience of traveling more enjoyable, double check a few things before getting to the airport. For example, make sure all boarding passes, passports, and other paperwork that may be needed is in order before arriving. In addition, always makes sure to be aware of situations that may seem dangerous or unsettling before entering into them.