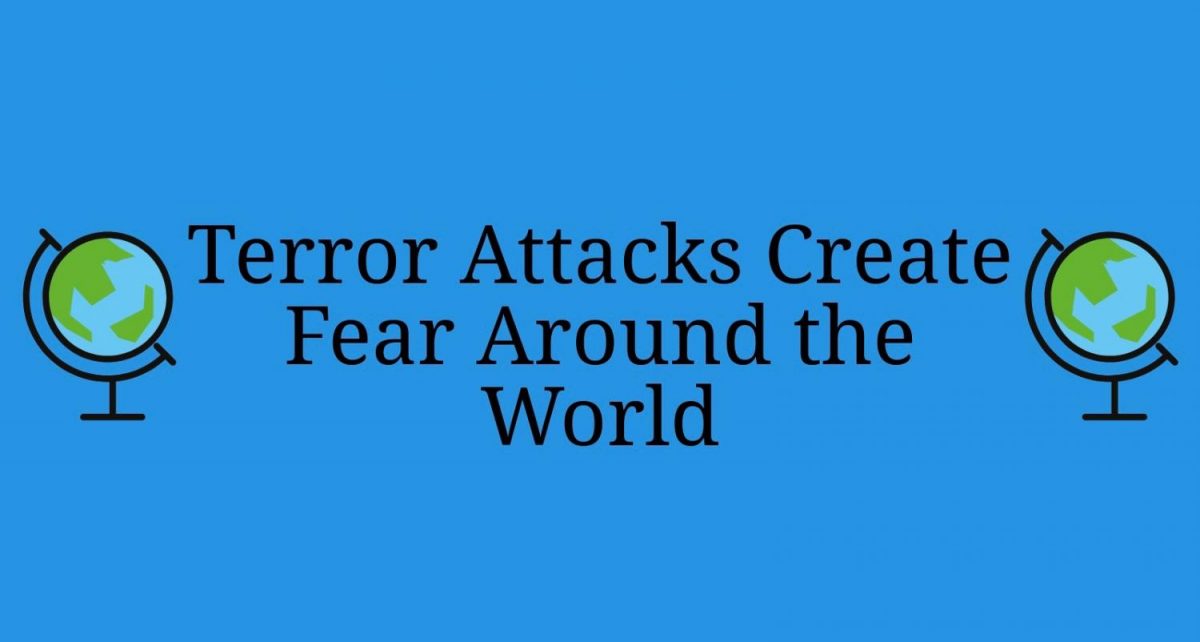 During 2017 alone, ISIS has been credited with 364 terror attacks across the world. Photo Credit: Juliana Ferrie/Achona Online

Over the last 16 years, terrorism has become a major concern throughout the world. While terrorism existed prior to 2001, the fall of the twin towers brought attention to the true threat terrorists pose. In recent years, the formation of terror groups, such as ISIS, has put several countries on edge, including the United States. A scattering of attacks throughout Europe, especially in countries such as England and Spain, has affected the sense of security felt by many citizens.

The latest example of ISIS’s string of terror attacks occurred on Sept. 15, 2017 in  Parsons Green, a London train station. The suspect detonated a bomb in one of the trains, resulting in injuries to a total of 29 people. Several suspects have since been arrested following the attack.

Chanita Belcher (’19) said, “I am a person who believes in peace, so to see ISIS or any terror group killing innocent people makes me angry and upset. It makes me feel small and even more upset to know that I cannot help those innocent bystanders.”

Frequent terrorism has decreased tourism in Europe due to fear of attack.

Caitlin Otte (’21) said,  “We were supposed to go to England and Paris this summer, but my dad decided not to go because we were afraid that something would happen. It is really sad that we have to feel this way about vacations.”

This coming summer, Academy is offering a Europe trip that will be led by Linda Ruescher, who is in charge of the Worship Band and Camerata at Academy. The trip is 10 days long, and will allow students to visit places such as Italy and Austria.

International school sponsored trips and family trips can be stressful due to the possibility of a terror attack. Here are some safety tips for students and their families to make the most of their vacation out of the country, while still being prepared for a potential attack:

Be aware of your surroundings.

Keep an eye out for anything that looks suspicious.

Have an idea of how you would escape if an attack were to occur.

The influence of social media has also affected the response to acts of terrorism. Bystanders, instead of leaving the scene, stop to record the attack on their phones. Police are now urging people to follow the “run, hide, tell” method when it comes to terrorism.