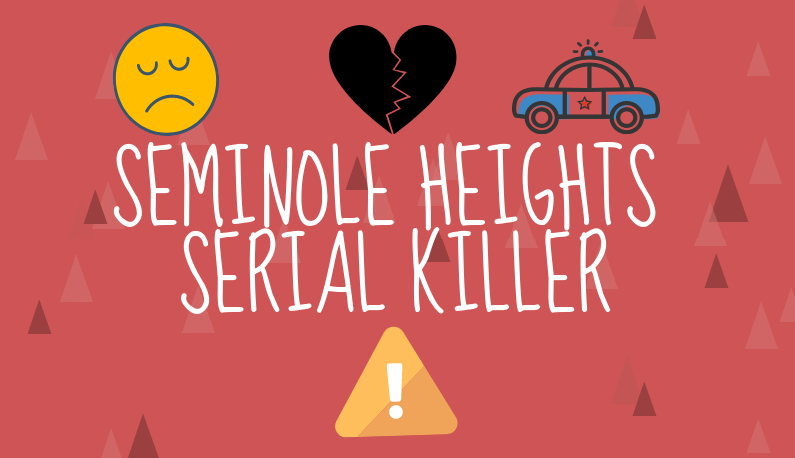 According to This Old House magazine, in 2009, Seminole Heights was awarded the best neighborhood in America. Photo Credit: Alexis Alvarez/ Achona Online.

Starting on Oct. 9, 2017, three people have been shot and killed within 11 days of each other by an unknown killer in Seminole Heights, Florida. There is believed to be a connection between the three murders because they were all committed within an estimated half-mile from each other.

Jaed Seymour (‘18) previously resided in Seminole Heights up until approximately two years ago.

Seymour says, “I feel really bad for the neighborhood, because it was up-and-coming, and now the serial killer just brought everything down. I am really worried about my friends who live there because I love them a lot and want them to be safe. I just really want the community to get back to the way it was with the great food and fun times.”

"They're afraid to be out after dark … They just wonder, is this a serial killer? What is going on?"https://t.co/wYKYAOL6WA

The three people shot were walking alone at night. Police are urging citizens of the Seminole Heights area to not go outside within the evening hours alone until the murderer is found.

The first victim, Benjamin Mitchell, was killed a few 100 feet from where the third victim, Anthony Taino Naiboa, was killed on Oct. 19. The second victim, Monica Caridad Hoffa, was shot less that half a mile from where Mitchell and Hoffa were shot and killed. There is no actual relation between these three victims, other than the fact they were all killed relatively close to one another in an 11-day span.

Father of Anthony Naiboa to his son's killer: "You're breaking families" pic.twitter.com/hMeeMO6xkI

There appears to be no apparent motive at this time, and police believe the victims were chosen at random.

Jackie Beltram (‘18) lives in Seminole Heights less than two miles from where the murders were committed.

Beltram says, “I live on the Hillsborough river and the murders took place a couple miles from my house. I usually go night running, but not anymore. The streets are empty because everyone’s scared and staying inside. It’s pretty scary, hopefully they catch him soon.”

The Seminole Heights community has come together by holding vigils and marches to remember the victims and their families. A community meeting took place Oct. 23 in order to discuss a plan for safety in the community and ways they can prevent further killings.

Police received footage of a man walking at night near the scene of one of the murders around the time it took place. They urging people to contact the police if they have any leads on who is portrayed in the video.

This is the video Tampa police want you to help get spreading. It's of a person they say was in Seminole Heights at around the time of one of the three murders there in less than two weeks. Please help get the video spreading. The video isn't clear, but maybe someone recognizes something about the way person walks or any of the mannerisms. http://on.wtsp.com/2l4L8UG