Therapy Dogs Flown Across the Country to Las Vegas 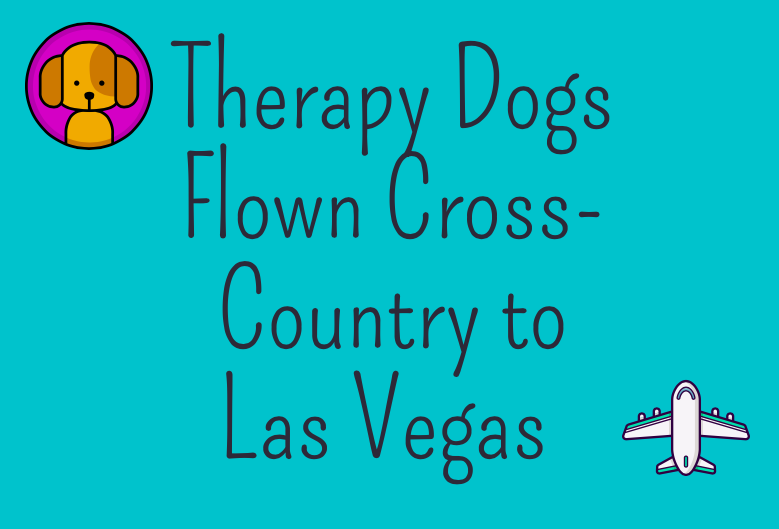 On Oct. 1, 2017, Stephen Paddock opened fire from a 32nd floor window of the Mandalay Bay Hotel in Las Vegas. He targeted an unsuspecting crowd at the Route 91 Harvest Music Festival. He killed 58 people, not including himself, and injured over 200, making it the deadliest mass shooting by an individual in the U.S.

After the shooting, many American citizens did everything they could to support the victims of the shootings and their families. Lutheran Church Charities was no exception. The charity sent 19 golden retrievers to Las Vegas to act as support dogs.

A whole bunch of comfort dogs are currently at Sunrise Hospital in Las Vegas pic.twitter.com/Bgs1Dlghh0

These dogs and their 30 handlers traveled to a local hospital, where many of the victims were being treated. They were also dispatched to surrounding locations, such as local schools. Therapy dogs have become increasingly more common. These same pups have also visited Texas and Florida following the devastating hurricanes that have occurred in the past few months. They also provided support to the families and friends of the victims of the Sandy Hook shootings.

Comfort dogs went to Las Vegas to provide smilies and support to the victims and others affected in the tragedy. pic.twitter.com/8j4FibiRIP

LCC President, Tim Hetzner, says “A key part of healing in any crisis or disaster is to be able to talk about (the trauma), and people find it easier to do that with dogs.”

Lois, from Las Vegas, is taking a break at the hospital right now. pic.twitter.com/UexC6Gxkh2

Next week, these dogs will be sent home to rest and they will be replaced by a rested group of adorable ambassadors.