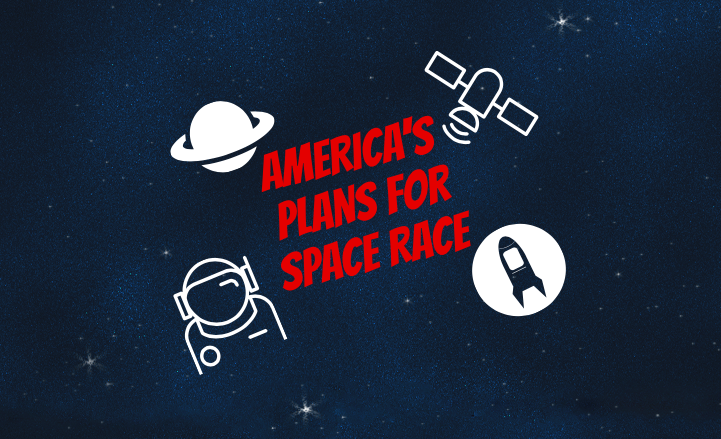 Pence said, “America must be as dominant in space as we are here on earth.”

The Trump Administration’s National Space Council met on Oct. 5, 2017 for the first time since 1993, where Vice President Mike Pence discussed the possibility that the United States would not only continue working alongside billion dollar space companies such as SpaceX, but begin to join the competition against other countries in the exploration of space.

Gillian Garcia said, “This is the one time I will agree with Mike Pence, I love NASA. I follow everything NASA and I think the council’s goals will promote exploration and innovation.”

The panel at the National Space Council meeting discussed the importance of ensuring national security with military operations on land, sea, and air through space technology and communications. With no coherent policy throughout the last decade, the government plans to revive the space program and “never let America Fall behind in the race for Space.”

Starting the conference off with a brief history of the United States’ space exploration, Pence discussed the “triumph” of sending Americans to the moon for the first time as a stepping stone to strengthen partnerships; however, he recognizes the advancement as something that was merely “remembered but not repeated.” Pence stated that the U.S. Government no longer wants to rely on Russian innovations but will “tap into the bottomless well of American innovation” once again.

Pence said, “President Trump recognizes we must look beyond the halls of government for input and guidance.”

We'll return astronauts to the moon to build the foundation we need to send Americans to Mars & beyond #NextFrontier https://t.co/S5gNDUVyCr