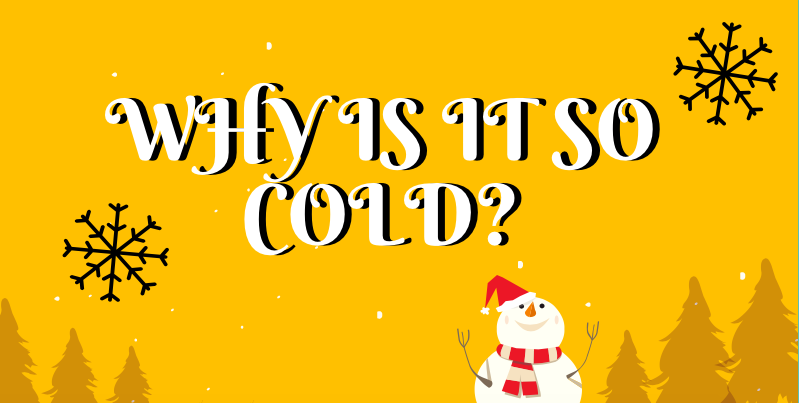 According to the union of concerned scientists, the northeast has seen a 74% increase in rain and snowfall during these storms.

The beginning of 2018 brought the coldest recorded days in the eastern region of the United States. The weather is due to cold air that escaped the atmospheric confinement that a polar vortex creates to trap in cold air. The colder than normal winter is record breaking for states that are substantially warmer during past winters, such as Florida, but not for those such as Alaska, which has been warmer than normal, because the weather is misplaced by the break in the arctic polar vortex.

According to the Accumulated #Winter Season Severity Index, nearly two-dozen cities have seen an extreme season of #cold and #snow through early January: https://t.co/ByvhxHiAm9 pic.twitter.com/sTevr4wyXG

The reason that most of the United States has experienced consistent cold weather is because the polar vortex is trapped within a jet stream, which is a 20,000 feet high river of wind, that usually disturbs air masses and the weather system. The jet stream, in previous winters, has been located in the North half of the country which separated the extremely cold weather from the warmer weather of the South. The jet stream has been pushed to the South by the polar vortex which opened the way for cold air to affect southern states.

The National Oceanic and Atmospheric Administration (NOAA) declared that more than 1000 cold weather records were broken within the last week of December, 2017. The NOAA’s meteorologists say that the weather system is going through bombogenesis which occurs when a storm intensifies quickly over 24 hours. Bombogenesis is also known as a mid-latitude cyclone that affects the weather system with high winds, rain, and storm surges.

The relentless #cold since Christmas and earlier has finally backed off in the East and Midwest. The January #thaw is now well underway: https://t.co/cCzKBYRxs1 pic.twitter.com/mkmeIXLfBT