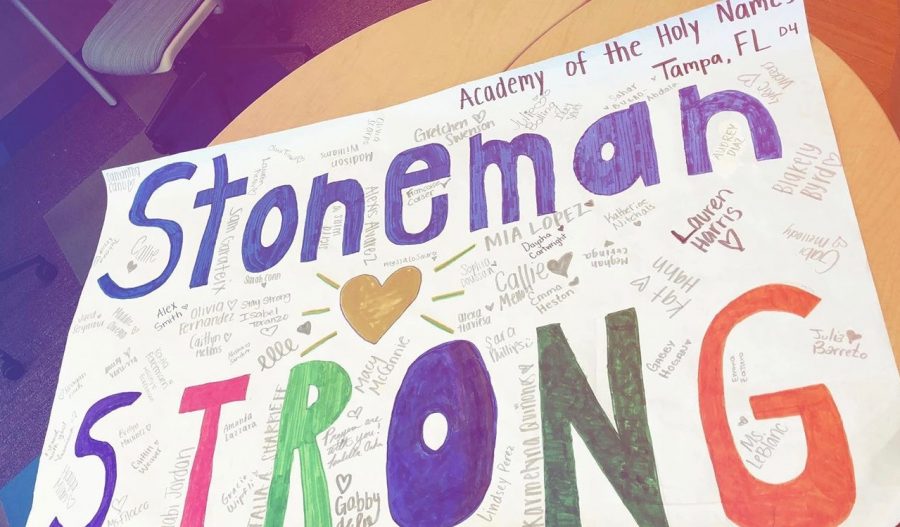 On Wednesday, February 14, 2018, 19-year-old Nikolas Cruz unleashed gunfire on Marjory Stoneman Douglas High School in Parkland, Florida. Cruz had been expelled from the school for disciplinary reasons. Cruz is charged with 17 counts of premeditated murder.

The shooting is among the most deadly school shootings in United States History. Law enforcement got reports of a shooting at the high school and responded just before 3 p.m. Cruz had pulled the fire alarm in order to lure the students and faculty out of the buildings, but the school had already had a fire alarm drill earlier that day which led to confusion. As the students and faculty were filing out they began to her gun shots and quickly turned around. While hiding students began to send goodbyes to their loved ones in the event that they did not survive, and some recorded videos of them hiding while listening to shots.

“They are in the FASC which is the Florida Association of Student Councils which we are also a part of. Alex Smith, Mia Leto, Maria Almendares, Mrs. VanPelt, and I went to the FASC convention that was held in Orlando and they were supposed to be there, but it was the weekend after the shooting had occurred. We are not in their district, but their district was also there. When we came back we decided to make a lot of posters and have girls sign them and Mrs. VanPelt sent the posters to them, so that they could hang them in the school hallways on their first day back,” says Morgan Salzseider (’18).

Stoneman Douglas High School was closed for the rest of the week and the faculty returned to the school over the weekend and the students returned to school on Monday, February 26.

CNN held a Town Hall where the students and parents could ask questions of Senator Marco Rubio and NRA Representative, Dana Loesch. Many parents also directly addressed Donald Trump at the White House.

In response to consumer complaints in the days following the Parkland shooting, eighteen companies have cut all ties with the NRA.

On March 24 we will take the streets of Washington DC and our communities across the country to #MarchForOurLives. Sign up at https://t.co/2m7ItdfFjV pic.twitter.com/yokyEdj7Jq