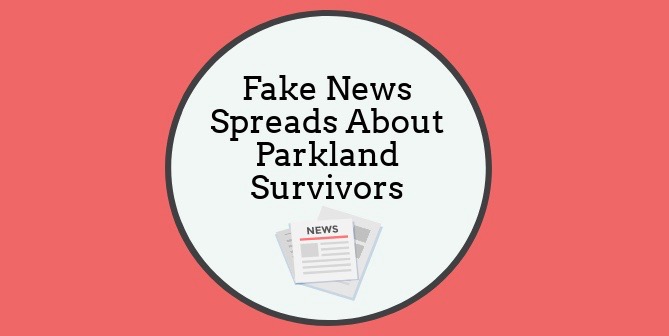 On March 24, 2018, several Academy students attended the March For Our Lives that was held in Downtown Tampa.

On February 14, 2018, 17 students and faculty were shot and killed at Marjory Stoneman Douglas High School in Parkland, Florida. Soon after the shooting, several Parkland survivors created the March For Our Lives movement that has become widespread throughout the country. Some of the movement’s goals include achieving stricter gun regulations and obtaining a ban on assault weapons. On March 24, 2018, thousands of Americans marched in various cities in order to call attention to a need for change. Marchers chanted sayings such as “Never again,” and “No more silence, end gun violence.”

On the other hand, many American citizens believe that stricter gun regulations and other gun reforms will not solve the issue of gun violence. As a result, several incidents of fake news have begun to surround the students who began the March For Our Lives movement.

Bella Addison (‘20) said, “I think that it is extremely disrespectful to make things up about the high school kids who just went through a very traumatic event and to talk about them in this way.”

For example, Emma Gonzàlez, a survivor of the Parkland shooting and a major voice of the movement, has recently been affected by fake news. Pictures from her campaign to obtain gun reforms were photoshopped. In the original picture, Gonzàlez is seen ripping a gun target in half. The photoshopped photo depicts her ripping the Constitution instead.

Mckenzie Diaz (‘19) said, “When I first saw the picture of Emma Gonzàlez ripping the Constitution, I could easily tell that it was photoshopped. I would think that these people would have better things to do than photoshopping pictures of an 18 year-old girl who represents a meaningful cause.”

seriously? this photo is fake, it was altered. keep up. https://t.co/zAW5DvQ1yA

In addition, David Hogg, another Parkland survivor and major contributor to the start of the March For Our Lives movement, was accused of not being present at Stoneman Douglas during the shooting by bloggers. After this information began to spread, other survivors were able to quickly confirm Hogg’s presence at Stoneman Douglas through their personal stories from the shooting.

In general, the Parkland shooting survivors have been attacked in various ways by the media. The students have been accused of being crisis actors, which are people that are paid to pretend like they were affected by an event for a news interview or to gain publicity. Several critics of the movement believe that Hogg is a crisis actor that graduated high school in California years ago. Conspirators supported this claim with a news clip Hogg had previously made an appearance in after he was interviewed about a disagreement he had witnessed. Both claims have since been disproven.

Emara Saez (‘21) said, “I think that it is sad that people are making things up in order to discredit the victims of a shooting. I do not think that the rumors about David Hogg and the other survivors are credible because the people who come up with these things do not have the right motives.”

Erica Lafferty’s mother was killed at Sandy Hook. ‘I cannot count the number of times that I've been called a 'crisis actor..this is the new normal for survivors of national tragedies—we're told our loved ones never existed & our grief is just pretend’ https://t.co/QNGkzSe2RS