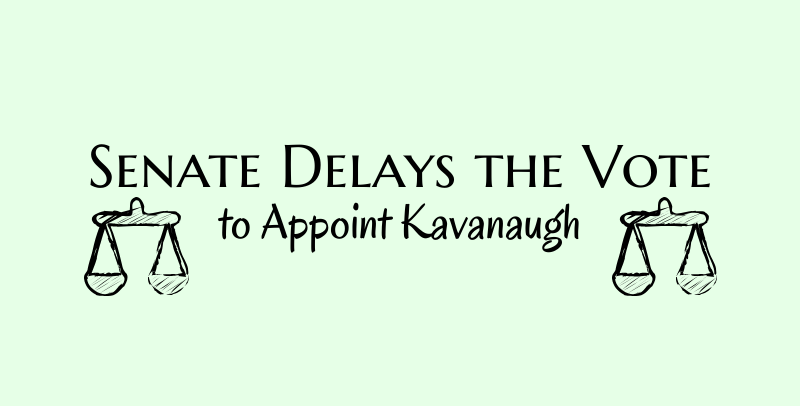 In July, Supreme Court Justice Anthony Kennedy’s retirement led President Donald Trump and the Senate to begin the process necessary in order to appoint a new member to the court. Trump’s nominee, Brett Kavanaugh, is conservative with the potential to change the dynamic of the Supreme Court.

Before his retirement, Justice Kennedy, who was a swing vote, took a more liberal stance on the issues reviewed by the Supreme Court. As a result, Democrats see Trump’s nominee as a threat to decisions made on abortion and LGBT rights, as well as those of other liberal stances.

Currently, Kavanaugh holds a position as a judge on the U.S. Court of Appeals. After President George W. Bush nominated Kavanaugh in 2006, he was appointed after being confirmed by the Senate. Kavanaugh attended Yale Law School, and he has an extensive background in law and politics, which includes the time he spent in the White House under President Bush.

Kavanaugh takes various stances on political topics. For example, although he has not taken a definite stance on abortion, those who support Roe v. Wade believe that Kavanaugh may be a threat to the landmark case. During his time before his appointment to the U.S. Court of Appeals, Kavanaugh gave the following statement on the subject.

Kavanaugh said, “If confirmed to the D.C. Circuit, I would follow Roe v. Wade faithfully and fully. That would be binding precedent of the court. It has been decided by the Supreme Court.”

In addition, Kavanaugh opposes Chevron deference, which states that courts must follow “interpretations of statutes made by those government agencies charged with enforcing them.” Kavanaugh believes that decisions should be made according to what is clearly expressed by the federal statutes. Kavanaugh also believes in upholding the Second Amendment, takes a neutral stance on Obamacare, and disagrees with net neutrality regulations.

Judge Brett Kavanaugh is a fine man, with an impeccable reputation, who is under assault by radical left wing politicians who don’t want to know the answers, they just want to destroy and delay. Facts don’t matter. I go through this with them every single day in D.C.

Maria Almendares (’19) said, “I think that some of the things that he [Kavanaugh] says are very biased, so he is close-minded in my opinion. However, I agree with him about the fact that the Second Amendment should be upheld to a certain extent. Although reform is important, I believe that there are more pressing issues than the Second Amendment in this moment.”

Although liberals see him as a threat, conservatives believe that if Kavanaugh were to be appointed, he would side in accordance with their ideals.

The Senate was supposed to vote on Kavanaugh’s appointment on September 20, 2018. However, they delayed the vote due to allegations of sexual assault made by two women, whose names are Christine Blasey Ford and Deborah Ramirez. Ford claims that the attack occurred while she and Kavanaugh were attending a party. Ford and Kavanaugh were in high school. Ramirez stated that Kavanaugh sexually assaulted her while they both were attending Yale University.

Asha Sneed (’21) said, “I already think that Kavanaugh is a bit iffy because of the fact that he isn’t in direct support of women’s rights. Also, I don’t like the fact that these sexual abuse allegations are being brought forward, and nobody is taking them seriously. They still want him to be a part of the highest court in the United States. I think that this is taking us back to 2016 when the President was accused of sexual assault by over a dozen women, and he still got elected. I think that we are repeating this cycle.”

Kavanaugh denies both claims made against him. The Senate will hold a hearing on Thursday, Sept. 27, 2018, in which both Ford and Kavanaugh will testify.