FDA and Schools Crack Down on Juul “Epidemic” 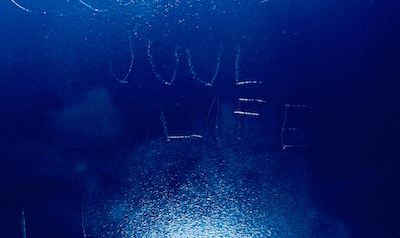 Juuling in the school bathroom has gained popularity nationally, thus prompting administrators at all levels to even further regulate smoking policies.

In 2015, Pax Labs curated the idea of a new technology that would surpass the sleek design of an e-cigarette or vape in a way that resembles a USB flash drive: the Juul. The intended demographic for such product consisted of people who were at least 21 and trying to quit smoking. Through the pods that activate the product, the Juul delivers nicotine by converting the liquid in the pod to a vapor. The nicotine content in a single pod is equivalent to that of a pack of cigarettes. The company decided that this new portable e-cigarette would be a rechargeable, nicotine-only device that had tempting flavors such as tobacco, mint, fruit medley, and creme brulee.

An anonymous source says, “My friends had Juuls, so I wanted one and got one from a store nearby. I like to Juul because you are left with that buzz, and it is a nice thing to look forward to after school… little life pleasure.”

Priced anywhere between $35 and $50 with a $4 per pod price, the Juul has become increasingly accessible for teenagers. The product has become immensely popular among middle and high schoolers with nearly 10.7 million teen users. Teens are reported to favor the Juul due to the feeling of a head rush, the flavors, the tricks, and the vapor feature. The “juuling in the bathroom” problem has become a real epidemic in high schools that concerns administrators and parents due to the belief that the Juul serves as a gateway to more intense drug use.

Another student who wishes to stay anonymous says, “I received my Juul from my friend who bought it illegally from a retailer that did not I.D. I lost my Juul, but I would not get another one because it is too expensive for me.”

Is the JUUL inadvertently targetting teenagers? The F.D.A. is asking this same question.

Since 2014, the use of e-cigarettes has greatly surpassed the use of cigarettes from high schoolers. On September 12, the FDA issued over 1300 warning letters and fines to retailers and busted five major manufacturers across the nation that illegally sold the Juul, among other e-cigarette products, to minors. Under the  Youth Tobacco Prevention Plan, the FDA will continue to take action against retailers who have permitted youth access to e-cigarette and tobacco products by removing e-liquid products, removing listings for sellers of Juul on eBay, and launching the retailer education effort, “This is Our Watch,” for retailers. Additionally, the FDA has shifted the focus of its popular tobacco prevention campaign, “The Real Cost,” to educate adolescents about the dangers of using e-cigarettes while the brain continues to develop.

Schools across the nation have also taken matters into their hands, including Academy.

The administration at Academy is reportedly aware of the current juuling issue with teenagers. Teachers have come to inform administrators of juuling problems within the school, but the large majority of people sharing their sides of the story at AHN have been students.

Vice Principal Erin Krukar says, “Students have come to me worried about their friends and that such activity is happening in the bathrooms. They are very concerned about their sisters. We do not know the impact e-cigarettes have on our health and well-being yet, which is so dangerous in and of itself.”

when you rippin your juul in the bathroom and security whips around the corner pic.twitter.com/YESva270w6

Academy approaches the judging situation the same way a student smoking from a cigarette on campus would be punished. Tips from students and faculty members on how to address this situation have also been taken into consideration.

Krukar says, “We know that they are very easy to hide. A student could keep their’s in their pencil case, and the teacher would never know. We are being more cognizant of that and paying more attention.”

The administration does not have a specific person of interest, but is well aware of this issue, and is working to find those eschewing the student code of conduct.