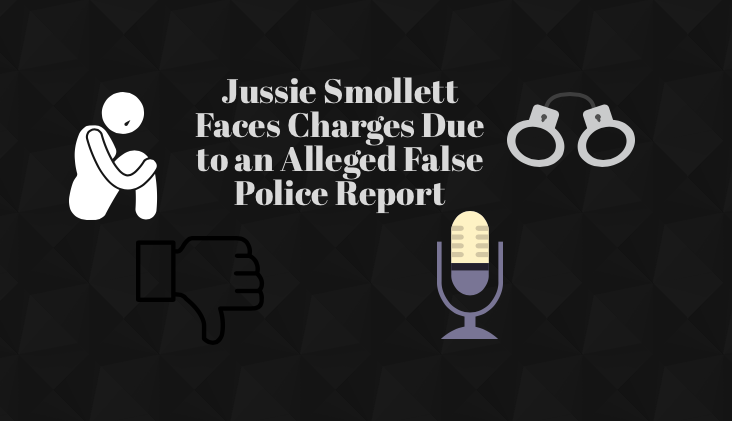 The two brothers who were accused as Smollett’s perpetrators both have appeared on his television show, ‘Empire.’

Actor and singer Jussie Smollett, who plays Jamal Lyon on the Fox drama “Empire,” confronts a Class 4 felony charge after turning himself into in to the Chicago Police Department following a false police report in which he claimed that two men attacked him on January 29.

Smollett made accusations that these men “shouted racial and homophobic slurs”, poured a chemical on his skin, and tied a rope around his neck, although there was no video surveillance; following the alleged attack, he was found at Northwestern Memorial Hospital. The FBI and Chicago Police further investigated the attack as a hate crime; however, after arresting two Nigerian brothers, the authorities shifted their investigation and found that Smollett may have paid the men to spoof the assault. The brothers were released from the charges, but Smollett was charged with disorderly conduct in Illinois which can mean staying in prison for one to three years if found culpable. Amid the charges, the “Empire” producers cut him from the remainder of the season.

I’m deeply horrified and saddened by the racist and homophobic attacks against @JussieSmollett. He is a kind and profoundly talented soul whom I respect with all my heart. The terror of racism and homophobia has no place in our society, it is the most indecent way to live…

Junior Tress Jacobs says, “Based on the evidence that they found, I think that if he was lying, it is super upsetting because it can cause a lot of doubt in other cases. If he’s innocent, we need to acknowledge that it is a terrible thing to happen and we should focus on ending that hate.”

Due to the severity of his false allegations, victims of such bigotry and assault fear their stories may now be discredited. Unfortunately, not only does false reporting of a crime jeopardize those who have the courage to bring their assault cases to the public sphere, yet it also affects the number of people who choose to share, or not share, their unbearable experiences with others. Although one person’s story instigated disbelief and mistrust among the public, people in other communities’ stories are more likely to be viewed as exaggerated or nonrepresentative; naturally, one false accusation catalyzes similar-sounding narratives to be merely products.

Chicago police has released Jussie Smollett's mugshot and a statement regarding his charge of disorderly conduct – false report of offense. pic.twitter.com/bERdd4flCD

Yet, a burdening question looms: why would someone, especially one as successful as Smollett, lie about a a crime? The undying desire for fame and attention along with the wish for sympathy serves as a likely answer according to the 2012 American Academy of Forensic Sciences. Additionally, at a time of contentious political strife, it may also be likely that lying about victimization by orchestrating a hate crime makes a political statement; although the FBI reports that there are but a handful cases in which it truly is a hoax, the public criticism one might receive could make a very alive issue be looked upon as skeptical.

Psychology teacher Dana Nazaretian says, “Although he is receiving negative attention, perhaps it is more significant than no attention at all… I think people who claim to be victims crave attention. Regarding the motives, maybe he was ignored in the past or maybe it was his root stem convincing him that it was time to shine.”

Jussie Smolett will go to court on March 14 on the charge of disorderly conduct.

“What is most upsetting about this is that whether he was lying or not, it could make victims who choose to come forward in the future seem as if they are faking cases because now that there is a possibility for something like this to happen, it leaves more room for doubt,” says Isabel Laboy (’19).