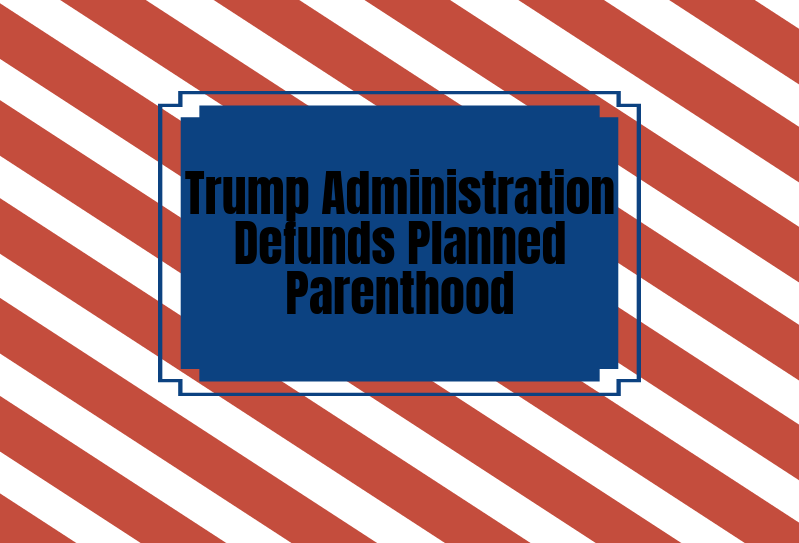 According to Planned Parenthood, today, more than 4 million Americans rely on affordable family planning services through Title X — and about 1.5 million of them get their care at Planned Parenthood health centers. (Photo Credit: Adrianna Radice/Achona Online/Piktochart)

According to Planned Parenthood, today, more than 4 million Americans rely on affordable family planning services through Title X — and about 1.5 million of them get their care at Planned Parenthood health centers.

On Friday, February 22, the Trump administration issued a final ruling that will, effectively, cut off tens of millions of dollars from the funding of Planned Parenthood and instead steer a good portion of those funds towards anti-abortion, faith-based organizations.

The official ruling directly affects the family planning program within Title X, which ensures millions of women access to a broad range of preventive health services. The revisions states that “none of the funds appropriated for Title X may be used in programs where abortion is a method of family planning and related statutory requirements.” Within this new provision, it would bar any Planned Parenthood facility which accepts Title X funding from being able to refer any patient inquiring about abortions to a professional facility which offers them.

What many people may be unaware of is the extent of the work which Planned Parenthood does in order to provide aid to women who may be looking for free health services. Though they are known by many for the aid they provide in the way of abortion services, they also provide many other forms of free health care for women.

The list of things which Planned Parenthood provides besides abortions includes:

“Trump’s ‘defunding’ of Planned Parenthood is a poorly executed attempt to sidestep the laws which allow and support organizations that provide certain aspects of women’s healthcare, such as safe access to abortions and instead fall back on reworded versions of old Reagan policies. Poorly executed because what it really would do is require the abortion aspects of these clinics to be separate from the ‘family planning’ aspects, not allow these organizations to refer patients for abortions, and in turn, ensure that women seeking medical advice with their pregnancies, regardless of situation, would not able to discuss all of the options with their doctors,” says Sydney Lowman (’19).

Y’all really need to realize planned parenthood is so much more. pic.twitter.com/hJfLPGMrbK

According to the New York Times, a portion of these changes are being confronted in lawsuits introduced by groups who are in support of reproductive rights, however the new policies have a broad support among evangelicals, a large part of the president’s political base, thus causing complications in the introduction of the lawsuits.

“Whether someone is pro-choice or pro-life, it doesn’t matter in my opinion, because the simple fact is that taking away Planned Parenthood affects everyone, specifically those women in need of birth control, tests, and other free health services. This goes beyond abortion because that is not what is at the core of Planned Parenthood, and inhibiting this program in anyway from successfully providing these services could be detrimental to the lives of many women, especially those in need,” says Chanita Belcher (’19).

The effect of this new legislation would, according to many women’s organizations, “interfere with health providers’ responsibilities to fully counsel patients about reproductive health.” This would subsequently allow for complications when women attempt to seek health services from any number of the organizations who provide them, including Planned Parenthood.

This topic is obviously one which elicits various passionate responses on either side due it controversial nature. Some adhere to a strict liberal mindset regarding the necessity for proper free health care for women despite the abortion aspect.

Lowman said, “Frankly, any policy that requires doctors to withhold pertinent information or treatment options with patients is something one needs to reevaluate. Nevertheless, anyone who is heralding this as relinquishing taxpayers from funding abortions is gravely misinformed: abortions are not and were not funded by tax dollars. Clinics that provide abortion services were already required to use federal funds solely on services not related to abortion. Thus, as far as not wanting the use of taxes to support abortion clinics, which is what so many people are concerned about, the addition of this is a moot point. Rather, what it does is make it more difficult for organizations which provide a variety of reproductive health services to function.”

Though many believe that the extent of the defunding is a bit excessive, others think that it is a necessary evil in order to prevent abortion.

“Although Planned Parenthood provides great services such as adoption and prenatal care, it is also a major proponent to providing services such as abortion and birth control, which are only taking away more vulnerable lives. I hope that by defunding planned parenthood, it will change the program’s course of action by becoming pro-life. Until all of planned parenthood’s services support all forms of life, I believe that Trump’s administration has no responsibility in funding this program in the first place, therefore they have the right to withdraw from funding them,” says Sofia Tweed (’20).

Whether one falls on one end of the spectrum or the other, there is no question that this new legislation will have a very significant effect on many lives, in many different ways.

“Whether someone is pro-choice or pro-life, that is not the issue at hand, because the simple fact is that taking away Planned Parenthood affects everyone, specifically those women in need of birth control, tests, and other free health services. This goes beyond abortion, which I do understand the severity of and there is validity in people’s concern, but that is not what is at the core of Planned Parenthood, and inhibiting this program in anyway from successfully providing these services could be detrimental to the lives of many women, especially those in need,” says Chanita Belcher (’19).