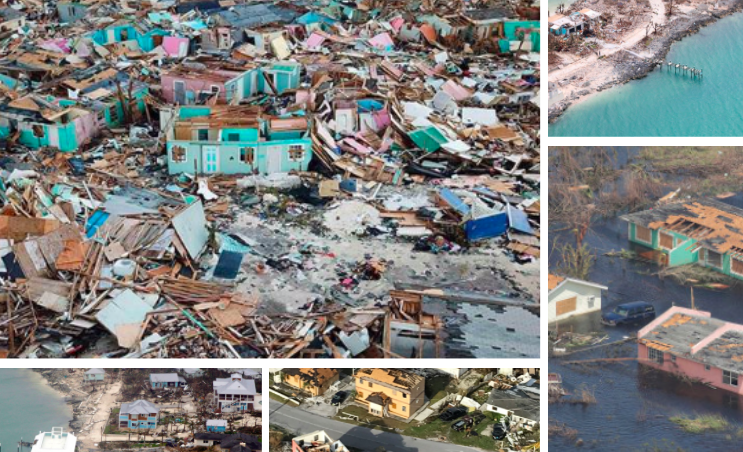 Hurricane Dorian is one of the strongest storms ever recorded in part of the Atlantic; it slammed into the Bahamas on August 31. (Photo Credit: Emara Saez/Achona Online)

Hurricane Dorian is one of the strongest storms ever recorded in part of the Atlantic; it slammed into the Bahamas on August 31.

Academy Rushes to Send Aid to Those Affected by Hurricane Dorian

Last month, news broke about Hurricane Dorian and its development; it started out as a tropical storm that quickly developed into a full blown hurricane. According to Forbes, Hurricane Dorian is the 35th Category 5 storm since 1924 to form in the Atlantic. On Sunday, August 31, the Category 5 hurricane slammed into the Bahamas and battered the islands for three days. According to The Washington Post, as of Wednesday, September 4, the official death toll had risen to 20 people. That number is expected to increase as search efforts continue in the areas where the hurricane hit.

“Hurricane Dorian was pretty devastating to the Bahamas. The Bahamas and South Carolina are not that far from us [in Florida]. It was originally set to hit us. While Florida got spared from the original track, it is kind of scary to think that it could have been us. I feel extremely sad for the people in the Bahamas because their lives just got turned upside down,” says Savannah Armentrout (‘22).

The storm made landfall on Grand Bahama Island Sunday night at around 11 p.m. According to The Washington Post, about 70% of homes in the Grand Bahama are currently underwater as a result of the storm. The hurricane reached maximum wind speeds of 185 mph, and moved forward at 1 mph; the slow pace of the hurricane combined with its deadly wind speeds caused mass destruction. As of Tuesday, September 3, the storm has weakened to a Category 2 and continues to head towards the southeastern coast of the United States.

The effects of Hurricane Dorian on the Bahamas received a lot of attention on social media, particularly on Twitter. Hashtags such as #BahamaStrong and #PrayForTheBahamas were trending worldwide. Several fundraising pages were set up online to help send aid and supplies to various communities in the Bahamas.

We have set up a fundraising page for the Bahamas for all those who would like to help but can’t get supplies to us! Every dollar counts and every cent is to help save lives❤️ #BAHAMASTRONG #BelowDeckMed https://t.co/FTfLoAK1SO

In light of Hurricane Dorian’s devastating effects on the Bahamas, several people within the AHN community have requested supply drives for those affected by the storm. The high school administration is currently working on organizing one. Administration hopes to launch a school-wide supply drive, similar to the one run by the school shortly after Hurricane Michael hit the panhandle of Florida. The school is currently in contact with a family member of an Elementary school student who has visited the Abacos island since the storm hit. The member informed the school that the delivery of supplies is currently difficult due to the lack of infrastructure in the country.

While a mission trip to the Bahamas was originally proposed, it will not be possible due to a lack of infrastructure in the Bahamas as well as the lack of information on the current state of the country. Administration is considering the possibility of a mission trip in a couple of years from now.

The incentive has been met with a lot of interest from the student body.

“I think considering what just happened with the hurricane, that [the mission trip and drive] would be a good idea. I think a lot of the students and their families would be interested in helping out,” says Amelia Cuttle (’21).

Students and faculty alike believe the supply drive and a potential mission trip in the future would help the Bahamas, even if in a small way.

English teacher Alison Jussaume said, “It’s always valuable to help others who have experienced a catastrophic event in any way that we can. We should contact people or institutions there to see what they need. I think we should definitely try to do our best to send supplies. In terms of mission trips, I think that our mission trips do fabulous work and I would be supportive of anything the students and campus ministry decide.”

Members of the Academy community continue to send prayers to those affected by the hurricane.