The New iPhone 11: What’s so special? 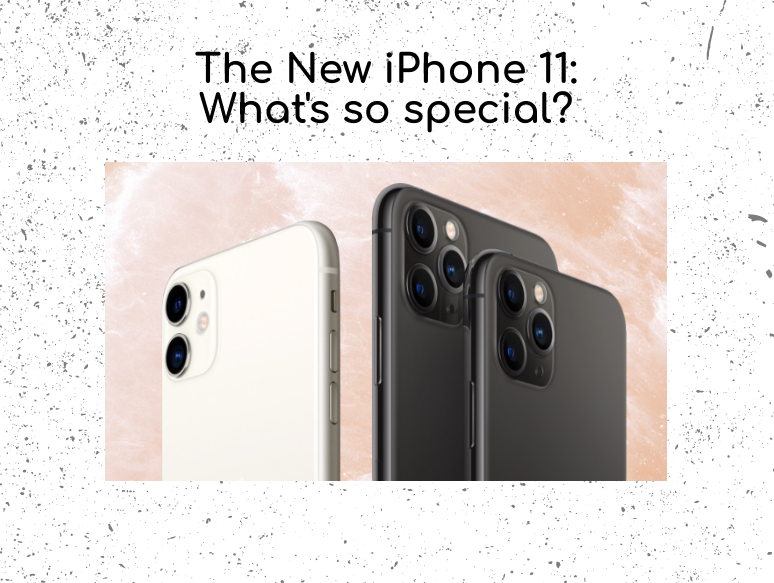 Apple’s announcement of its latest and greatest product, the iPhone 11, has sparked a wide range of opinions within the public eye. For the most part, the products brand new features are looking out to be a huge success for the company.

On Sep. 10, Apple released its first preview of the new iPhone 11 to the world in hopes of winning over their audience by incorporating a variety of new features. With these features quickly gaining popularity across the world, the public has openly expressed their opinions on the new product.

The largest and most distinct new addition to Apple’s latest product is the double lens design on the iPhone 11 as well as the triple camera design on the iPhone 11 Pro. Its purpose being to create the company’s most impressive, high speed, and durable camera yet to meet the markets. Many have expressed their excitement towards the new camera design, thinking it to be innovative and unique. However, although its good intention has won over the hearts of customers, the product’s cosmetic design and placement of the lenses has also left many feeling unsettled, even going as far as triggering people with Trypophobia, a fear of clusters of small holes. All previous iPhone designs have kept the same sleek and minimalistic look through the single camera lens design, which did not affect those who suffer with Trypophobia, until the introduction of the new product.

Although the cosmetic design of the new iPhone’s camera lenses have put off some potential buyers, the products availability in a wide range of colors managed to make up for some of the loss. With three new and exciting colors (purple, yellow, and green) along with the classic black, white, and red, the younger generations are likely to be more interested in purchasing the new iPhone as this feature was specifically targeted towards them. There is even speculation that as the upcoming year goes underway, more colors will be released in accordance to certain holidays such as Christmas and Hanukkah.

Interchangeable wireless charging was also introduced as a new feature on the iPhone 11. Much like the Apple Watch, the iPhone 11 comes with a wireless option, which would use a charging station/portal to reach full battery. Furthermore, the charging time is said to be cut down a significant amount, which also heightens the product’s chances of selling. By having the option to go wireless, consumers save more money as well as contribute to avoiding plastic intake and reducing their carbon footprint, as the charging cords are made up predominantly of plastic along with rubber, aluminum, and copper. With global warming becoming an increasingly large issue, this idea of “plastic-less”, as well as wireless, charging has been a newfound success in numerous technological fields.

Alexa Groteke (‘21) said, “I think that Apple’s decision to make the new iPhone come with a wireless option is a massive step in helping the environment. It’s also a huge money saver since chargers are overpriced and very easily lost. Since they are such a large company, I would not be surprised to see more tech powerhouses like Samsung and Google also make the switch to wireless charging, cutting down on their emissions as well. As an Apple designated school, I think that the Academy would also benefit from going wireless as we, too, make a conscious effort to reduce our emissions and spread awareness of this growing issue. Not to mention, it also looks super cool.”

Reverse wireless charging could still be coming to the iPhone 11 https://t.co/HWIJCQr8pb pic.twitter.com/7vQMU4FEBT

Another aspect of the new iPhone 11, although it is not considered to be a special feature, is it’s surprisingly manageable price, starting at $699. This is the products biggest selling point, as it is cheaper than the iPhone XR which was released in September of last year. The iPhone XR, staring at $749, gets its pricy-ness from the retina display camera, one of Apple’s most high-tech features available. Retina display allows the camera to precisely scan the retina of your eye instead of using the general face ID scan, which is found in all other iPhones.  Now, with the release of the new iPhone, it’s cheaper price for more accessibility is expected to outsell the previous iPhone XR.

Riley Newton (’23) said, “Although I like my iPhone XR and don’t have a problem with it, I wish I had waited for the release of the new iPhone since it’s cheaper and has more accessories. I also feel like I would get more use out of the new camera over the retina display.”