The Puzzling Case of Natalia Grace: A Ukrainian Orphan Whose Age is Unknown 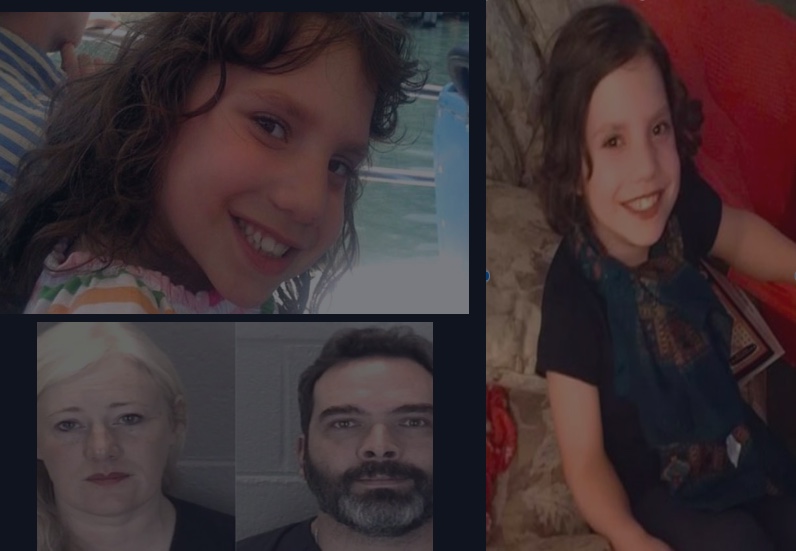 An Indiana University Health report from 2016 stated that Natalia, “has made a career of perpetuating her age facade.”

Attention has recently surrounded Natalia Grace Barnett, a Ukrainian orphan. She portrays a real-life situation of the horror movie “Orphan”, where a 33-year-old mentally ill woman pretends to be a 9-year-old girl who gets adopted by a couple. Natalia’s age is unknown, possibly ranging from 30-year-old woman to a teenager.

Kristine and Michael Barnett adopted Natalia after her previous adoptive parents gave her up, believing that she was a 6-year-old from Ukraine with a form of dwarfism called spondyloepiphyseal. Two years after the adoption, the Barnetts fired a motion regarding Natalia’s age, changing her birthdate from 2003 to 1989 on her birth certificate, putting her at age 22 instead of 9.

The Barnetts claimed that soon after the adoption, Natalia started acting in ways which would make the parents suspect she was older. Kristine claimed that Natalia’s vocabulary was very advanced for her age, she had found period blood stains in Natalia’s underwear, and she had full grown adult teeth. Kristine even claims that a bone density test done on Natalia suggested that she was at least 14-years-old at the time the Barnett’s adopted her.

“Maybe she faked her age because she wanted someone to care for her, and she could not get that same kind of care if she admitted that she was 30-years-old, for example,” said Emily Nash (‘20).

Today Tara will be covering the controversial case involing Natalia Barnett, or the case that is exactly like The Orphan. It's a wild case with many details still developing so tune in & hear what has went down & what we can keep an eye on. https://t.co/hYj7sGrtTx pic.twitter.com/oqFledSKrc

Not long after the adoption, Natalia’s mental health began to deteriorate. Kristine told the newspaper that Natalia threatened to stab her and her husband while they slept, poured bleach into their coffee, and pushed her into an electric fence.

“I feel like she faked her age because she has mental issues,” said Madeline Brooker (‘20).

Natalia visited several psychiatric specialists, to whom she confessed she was an adult.

In 2013, the Barnetts rented an Indiana apartment and set Natalia up with a social security number, and left for Canada so that their genius son could study there, leaving Natalia behind in the apartment. At this time, Kristine said that she could no longer get in contact with Natalia, and had no idea of where she might be.

Kristine and Michael Barnett were recently charged with felony neglect of a dependent.

Several doctors estimated different ages for Natalia at the time of her adoption, ranging from 8 to over 14-years-old.

Michael Barnett told courts that Kristine had told Natalia to tell people that she was actually 22-years-old, and that he believed Natalia was a minor when they left her in Indiana.

Natalia is currently living with the Mans family in Indiana, her age remaining unknown.

“She was abandoned at a young age so she has probably felt neglected her whole life and she probably just wants a family to care for her now,” said Julianne Hahn (‘20).

Kristine says Natalia may be tricking her new family into believing that she is much younger than she seems.

Ladona Elaine Soreson, a family attorney appointed by the Mans family ad litem, said her first impression of Natalia was that she appeared to be a teenager in her mid-teens.

Michael’s doctor even claimed that Natalia’s age that the Barnett’s were originally given was “clearly inaccurate”.

James Metzger, Michael’s attorney, said “It was always my opinion, based on the evidence, that she was not a child. She was certainly above the age of 18.”

The center of this case, Natalia, has remained quiet.

“Maybe she is faking her age due to her anger towards her parents that gave her up. By faking her age, she may feel like she can relive her childhood the right way,” says Lauryn Davenport (‘22).

The Barnetts plead not guilty, and are scheduled for a pretrial hearing on Nov 11.