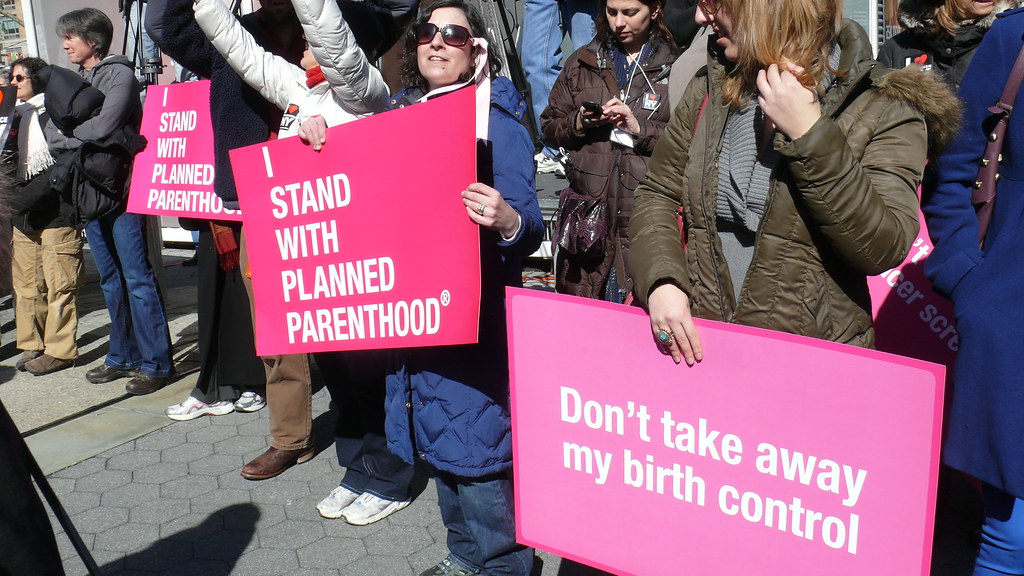 Missouri May Become the First State Without an Abortion Clinic

Last May, Missouri’s Republican Governor Mike Parson signed a strict abortion law that said abortion would be banned after eight weeks of pregnancy, with no exceptions for rape or incest. The state already makes it difficult for patients to obtain abortions;  it requires patients wait 72 hours between their first visit and abortion procedure. The ban was later blocked by Senior Judge Howard F. Sachs, but the health department is now refusing to renew the license for the only legal abortion clinic in the state. As a result, Planned Parenthood, which owns the St. Louis abortion clinic, filed a lawsuit. If the decision comes back in favor of revoking the clinics’ license, Missouri will be the first state without a functioning abortion clinic since 1974, the year after the Supreme Courts Roe v. Wade decision.

“I feel like not having a single abortion clinic in the entire state of Missouri puts a lot of women in a crisis, and in some cases, even in danger if they have a pregnancy threatening to their life,” said senior Grace Anthony.

Roe v. Wade is a 1973 Supreme Court case that declared access to safe and legal abortion is a constitutional right. According to Planned Parenthood, today 73% of Americans don’t want to see it overturned. The decision in Roe was not the start of abortions occuring in America, but rather it allowed people to access safe and legal abortions. It is a fact that abortion is health care, and before this health care was legal and safe, illegal abortions caused at least 1 in 6 pregnancy-related deaths.

“I am Pro Life for my body, but I am Pro Choice for yours. I believe it is a choice that women should be able to make the decision based on her circumstances. I have my beliefs about it but I know not everybody thinks as I do, which is why I believe having access available is important,” said senior Ashley Mackinnon.

On the other side of the argument, pro life advocates argue surrounding the moral, legal, and religious status of abortions. Pro lifers argue that all humans, even the unborn, have the right to life. The governor of Missouri, being Republican, is pro life. Thus, came about the Missouri Stands for the Unborn Act put in place last May. In a tweet, Parson said he would like to make Missouri “the most Pro Life state in the country.”

It's time to make Missouri the most Pro-Life state in the country! Thanks to leaders in the House and Senate, we are one vote away from passing one of the strongest #ProLife bills in the country – standing for life, protecting women’s health, and advocating for the unborn.

“Being raised Catholic, I believe abortion is a issue of morality and because the fetus is an innocent human being. I think this could be a huge step towards respecting life in our country,” said Senior Amelia Traviesa.

During the actual hearing, which happened in the last week of October, representatives from both Planned Parenthood and the Parsons Administration testified. The health department said that it did not renew the clinics’ license because Planned Parenthood failed to comply with multiple health regulations. However, Planned Parenthood’s attorney, Chuck Hatfield, played a video deposition of a health department official who indicated there were no signs the clinic was unsafe. As the decision is awaited, the clinic was granted a preliminary injunction to allow the facility to keep performing abortions. A decision is not anticipated until February  of 2020 at the earliest.