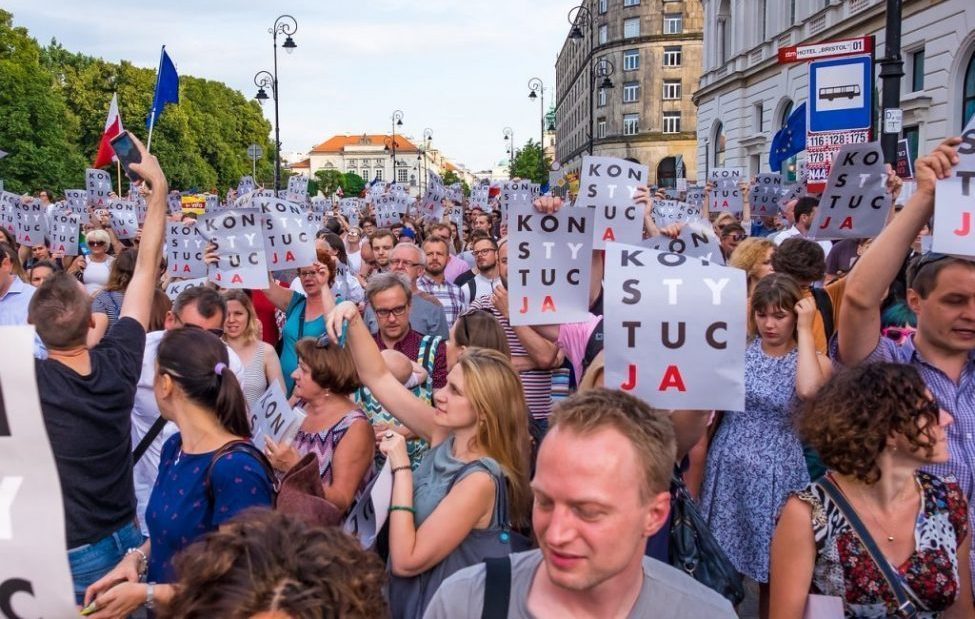 Protesters are gathering in Warshaw to protest the “Stop Pedophilia” bill. (Photo Credit: Pixabay/used with permission)

Protesters are gathering in Warshaw to protest the “Stop Pedophilia” bill.

On Oct. 16, a bill on sex education was approved in Poland by the lower house of parliament, criminalizing “anyone who promotes or approves the undertaking by a minor of sexual intercourse or other sexual activity.” In effect, the bill could imprison any authors, educators, or organizations that provide information on reproductive health and sexuality up to three years.

The bill stems from Poland’s ruling party, Prawo i Sprawiedliwość (PiS), which gained power in 2015. The party has condemned previous attempts to broaden sex education in Poland, claiming that it would “sexualize” children.

Already, the sex education curriculum in Polish schools is inadequate. The textbook used in Polish classrooms strays far from international standards on sufficient sexual education. Instead, it spreads misinformation, perpetuates harmful stereotypes about gender roles and sexuality, and promotes an anti-choice and anti-LGBT agenda. Throughout the textbook, “Preparation for Family Life”, “sex” is mentioned twice while “family” is mentioned 170 times, reinforcing traditional values.

This new bill is just one example of the unity of church and state in Poland. The ultra-conservative government is close with the Catholic church, supported by 87% of the Polish population as members of the Catholic faith. Although the legislation is traditional, the Catholic church – specifically Pope Francis – is making modern strides to broaden the minds and teachings of the church. In his famous “Who am I to Judge” speech, Pope Francis discusses the humanity of the LGBTQ+ community and his desire to accept them into the faith, that people should not be defined only by their sexual tendencies, but are all God’s creatures and are called to be loved as God loves.

“People should be allowed to be who they want and do what they want and the government shouldn’t be able to control that,” said Sophie Odmark (‘23).

Although this is the way the Polish government is run, this bill is crossing the border into human rights. The Human Rights Watch published an article directly stating that Poland should scrap the bill against sex education and that, “Parliamentarians should remember that access to health care, including reproductive healthcare information, is a human right.”

“It goes against religious intolerance, which is one of the most important aspects of America because it prohibits you from forcing your religious beliefs on someone through laws,” said Tress Jacobs (‘20).

Bloomberg looks at how Polish supermodel @anjarubikblog is challenging conservative norms on sex, gender and sexuality in her homeland with an education campaign aimed at young people. Her #sexedpl book has sold 130,000 copies but is banned in some schools https://t.co/qclm3VAfrs

The Catholic church undoubtedly had a role to play in passing this new legislation, but how great of a role? With the new proposal of allowing priests to marry and the efforts made by Pope Francis to accept LGBTQ+ members into the faith, it seems as though the church may be straying away from its traditional values. This questions the motive of the lawmakers; if the “traditional values” of the Catholic church are changing with the modern era, why is sexual education still restricted in the shadow of a religious framework?

“The problem with married clergy is that we have a hard time supporting the church as it is now and if you were to add a family to that, it would make things a lot more difficult. I could tell my own story – I was in the seminary and I left because I wanted to have a family. If I could have a family, I probably would have stayed and become a priest,” said religion teacher Felix Kalinowski.

The bill is being greatly opposed both domestically and internationally. Protests and online campaigns have sparked, spreading the call for change. Polish model Anja Rubix started the #sexedpl campaign, hoping to call attention to the lack of sexual education in Poland. For the next stage of passage, the bill is being discussed in the senate and, given the PiS majority in parliament, is expected to be passed into law.