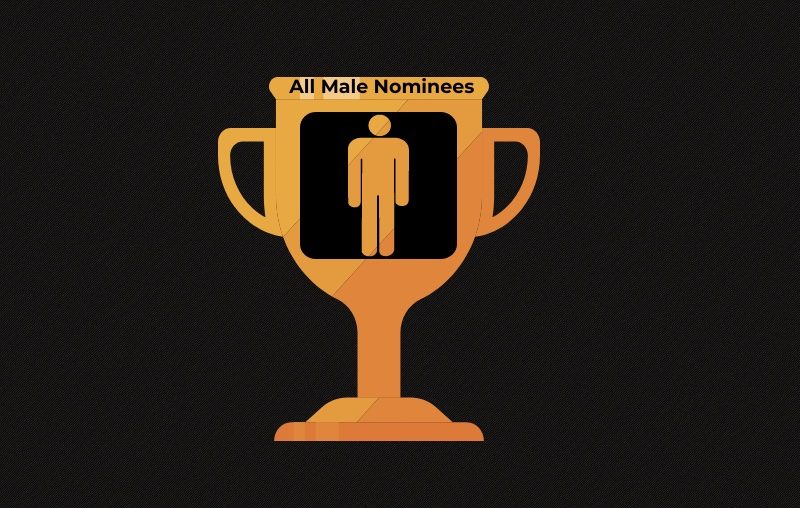 “The amount of underrepresentation for women in the theater industry is insane. There were so many amazing movies directed by women this year and the fact none are nominated is unbelievable,” said junior Lexi Rios. (Photo Credit: Ella Castellano/Piktochart/Achona Online )

“The amount of underrepresentation for women in the theater industry is insane. There were so many amazing movies directed by women this year and the fact none are nominated is unbelievable,” said junior Lexi Rios.

Women Snubbed Once Again at the Golden Globes

This year marks the 77th Golden Globe Awards and the nominees for best director include Bong Joon Ho for “Parasite”, Sam Mendes for “1917″, Todd Phillips for “Joker”, Martin Scorsese for “The Irishman”, and Quentin Tarantino for “Once Upon a Time in Hollywood”. Disappointingly, none of the nominated directors are women, despite the quite successful year women had in film directing. Best Director was not the only category women got snubbed though, it also was solely men in the running for best screenplay and in both motion picture categories.

“I think it’s disappointing to see that even though female directors are making good movies they are still being shut out for heavy hitters,” said senior Caroline Lamoureux.

The Golden Globes is quite known for the lack of recognition for women behind the scenes, only having nominated five female directors for Best Director throughout the past 76 ceremonies. The last woman to be nominated for Best Director was Ava DuVernay in 2015 for “Selma“. Even worse, the only female director to ever win in the category was Barbra Streisand in 1984 for the film “Yentl”. While presenting the Best Director award at the Golden Globes in 2018, actress and filmmaker, Natalie Portman, criticized the Hollywood Foreign Press Association for selecting“all male nominees.” Although bold, she made headlines for commenting on the lack of representation for the numerous talented female directors who also deserved to be nominated in the category.

“It’s really upsetting to me considering how many incredible films came out this year directed by women were not nominated and other directors that were accused of saying offensive things about women, like Quintin Tarantino, were nominated,” said co-president of Women in Film and senior, Sam Cuttle.

The Golden Globes did not seem to have an effective reaction to this though, as the trend has continued into this year’s ceremony. Some of this years top-grossing films, including “Little Women” (Greta Gerwig), “Hustlers” (Lorene Scafaria), and “A Beautiful Day in the Neighborhood” (Marielle Heller) to name a few, were directed by women, making this underrepresentation even more unacceptable. The Golden Globes seems especially behind the times with director Greta Gerwig who was previously snubbed in 2017 for her film “Lady Bird”, but later earned a best director nomination from the Oscars.

“What happened is that we don’t vote by gender. We vote by film and accomplishment.” – President, HFPA

This statement today by the head of the HFPA on the #GoldenGlobes and the lack of female nominees in the Best Director category makes me want to scream. Out loud.

The omission of women is a huge issue for Golden Globes, but for what it’s worth, there are some women nominated in other categories. Gerwig’s film Little Women earned a nomination for lead actress Saoirse Ronan, along with Lulu Wang’s “The Farewell” for star Awkwafina, Olivia Wilde’s “Booksmart” for co lead Beanie Feldstein and Lorene Scafaria’s Hustlers for supporting actress Jennifer Lopez.