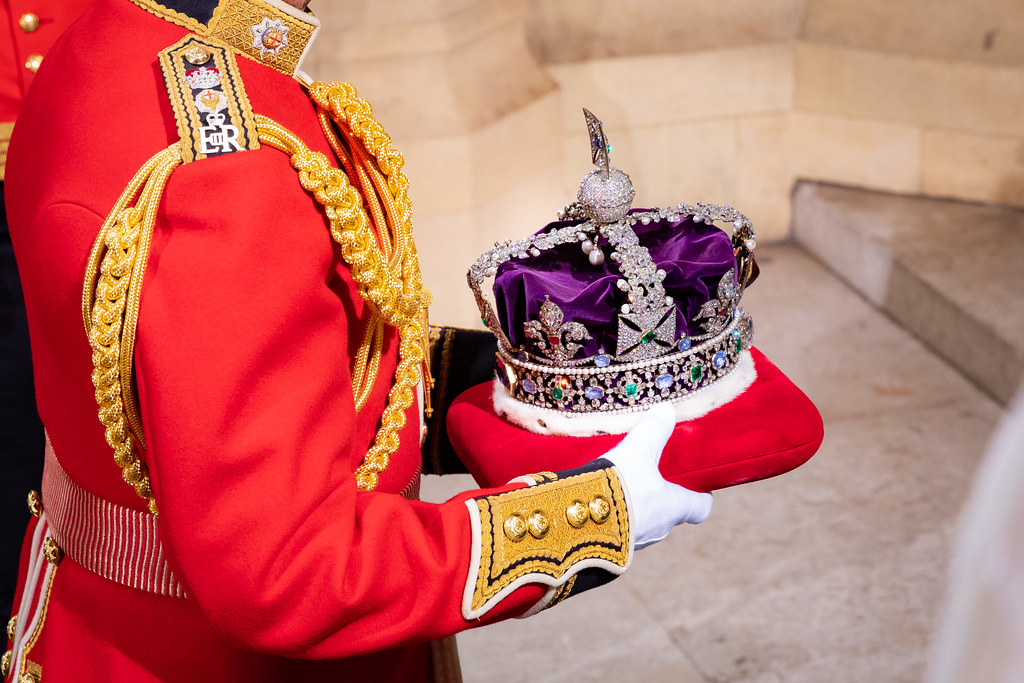 “This news is so surprising but at the same time I could’ve seen it coming. Harry and Meghan just had a child and shes’ an American and probably misses her home. I’m not sure if I can really blame them,” said senior Caylie Hubbert. (Photo Credit: Used with permission/UK Parliament Flickr/ROGER HARRIS)

“This news is so surprising but at the same time I could’ve seen it coming. Harry and Meghan just had a child and shes’ an American and probably misses her home. I’m not sure if I can really blame them,” said senior Caylie Hubbert.

Meghan Markle and Prince Harry, the Duke and Duchess of Sussex, announced on Wednesday that they will step back from their duties as senior members of the British royal family. In their announcement they stated they will begin to divide their time between North America and the United Kingdom and start paying their own bills. Thc couple posted a statement on Instagram clarifying that they will still collaborate with Harry’s grandmother, Queen Elizabeth II, his father, Prince Charles, and his brother, Prince William.

“I find it so interesting that this is happening. It’s funny looking from the outside in because you’d think being a part of the royal family would be such an amazing thing but never really think about the reality that it can be hard being a part of such a high class family,” said junior Morgan Johnson.

A post shared by The Duke and Duchess of Sussex (@sussexroyal)

Prince Harry is currently sixth in line to the throne, behind his brother, William, his father, Charles, and his brother’s three children, George, Charlotte, and Louis. Some insiders say that the fallout between the Sussexes and the Cambridges began with some controversy between Harry and his brother that arose during Harry and Meghan’s engagement due to William warning Harry about moving too fast with the American actress. Meghan and Harry even announced they would not be spending Christmas with the royal family but instead on Vancouver Island.

“I thought it was such a big deal when we found out that Meghan and Harry were getting married, but the fact that they are leaving the royal family is even more tea,” said senior Sara Vivero.

The decision as to why the Duke and Duchess decided to take this step is still not completely clear, but Harry’s friend, Tom Bradby, who filmed the Sussexes’ royal tour documentary, is helping explain part of the reason for the couples decision. On a Thursday evening broadcast Bradby, a reporter, told ITV the couples decision to step down “is just really bad personal splits — that’s the honest truth.” During the broadcast he also added “There’ve been a lot of fallouts; a lot of harsh things were said around the time of the wedding. And it’s gone a bit too far. And certainly the rest of the family find Harry and Meghan very difficult and, from Harry and Meghan’s point of view, they’re just being driven out as they see it. And it’s sad.”

Been thinking about how a Prince Harry and Meghan Markle situation in the 15th century would have led to 35 years of war and an entire generation of Englishman wiped out. Now we get memes and merchandising.

The couple announced they will be financially independent and no longer accept money from the taxpayer funded Sovereign Grant, which has covered 5% of their expenses. Many are skeptical about this though, because nobody is quite sure how they are planning to generate income. Some believe their decision to step down is a scam to lose the responsibility that comes with the royal family but continue to inherit money and get support from Harry’s father. Either way, Harry and Meghan don’t seem to have much to worry about. According to British press reports, Harry has a networth of about $39 million and Meghan at an estimated $5 million.

“I’m not sure if I blame them. It must be hard for Meghan being an American coming into the royal family and the chances of Harry ever becoming King is low so there is really not much of a point especially if there are going to continue relations with the family,” said sophomore Carolina Housel.