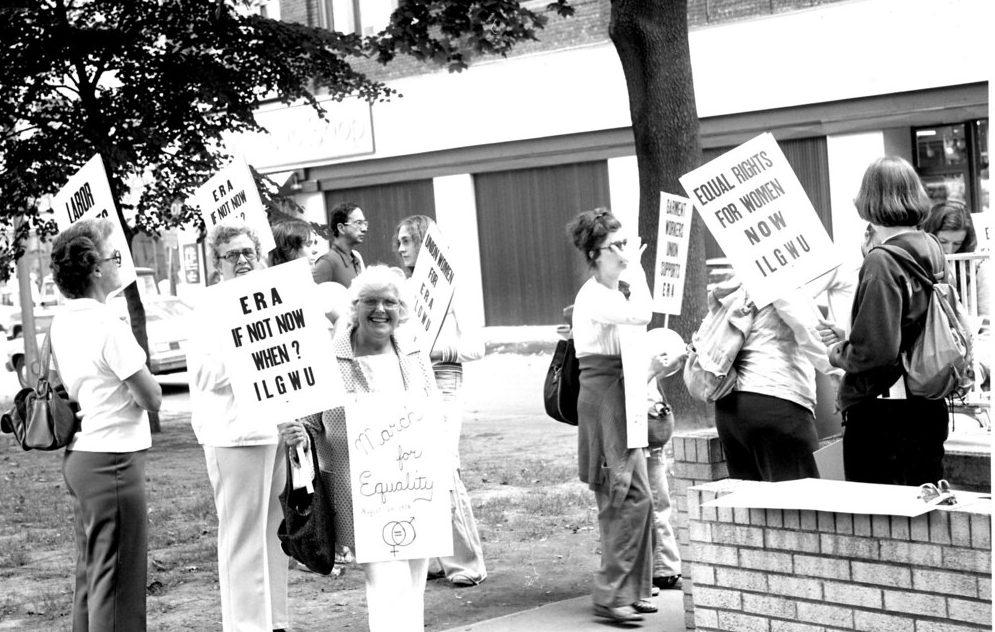 “It is amazing that Virginia decided to become the 38th state to pass the Amendment. It’s a historical landmark,” said senior Caylie Hubbert. (Photo Credits: flixr/Kheel Center/Used with Permission )

“It is amazing that Virginia decided to become the 38th state to pass the Amendment. It’s a historical landmark,” said senior Caylie Hubbert.

Virginia Becomes the 38th to Pass the Equal Rights Amendment

“I think it is amazing how powerful a movement can be that it after so many years it can come back to life and still have the public talk about it,” said senior Kylee Weathers

The E.R.A is a symbol for those who for generations have been pushing for a constitutional guarantee of legal rights regardless of sex. The amendment, in its most recent proposed form, states “equality of rights under the law shall not be denied or abridged by the United States or any State on account of sex.” In 1972, when Congress passed the amendment, only 35 states ratified it in time. The issue was a topic of intense national debate throughout the 70’s but began to fade over time.

“The fact that this Amendment hasn’t gotten passed earlier is weird to me, I’m not surprised it is making a comeback,” said Junior Isabella Duarte.

In 2017, Nevada became the 36th state to approve the E.R.A and Illinois followed soon after to become the 27th state in approval. In November, Virginia made a historic shift in its state government from majority Republican to now majority Democrat. Due to this shift in the majority, on Wednesday both houses of the Virginia legislature approved the ratification for the resolution.

The #Virginia House just voted to ratify the #EqualRightsAmendment (#ERA) to the US Constitution, which prohibits discrimination based on sex. https://t.co/Ld0Kjkgi8A

However, major conflicts have arisen surrounding the amendment . Earlier this month, the Justice Department released an opinion stating that Virginia’s attempt to ratify the Equal Rights Amendment has come far too late, considering the 1982 deadline and due to this the whole legislative approval process has to restart for the proposed amendment to be legally binding. In addition, over the years five states have rescinded their approvals of the E.R.A.

“As women today, we do have so many more rights than we did in the 70’s, so I don’t think many people realize we don’t even have a real Equal Rights Amendment,” said senior Olivia Tremonti.

By some estimates, about 80 percent of Americans have the misconception that men and women are already guaranteed equal rights by the Constitution. Supporters of the E.R.A say that ratifying the amendment will, among many other things, help end discrimination in the work place and require states to intercede in cases of sexual violence and domestic assault. On the contrary, opponents say that passing the amendment would intrude on religious practices and undermine family structure.

Based on legal precedent, the 5 states that decided to rescind their ratifications doesn’t interfere with it’s passing, but the debate is not likely to end anytime soon. It is heavily anticipated, although not for sure, that the Supreme Court will make a decision on this.