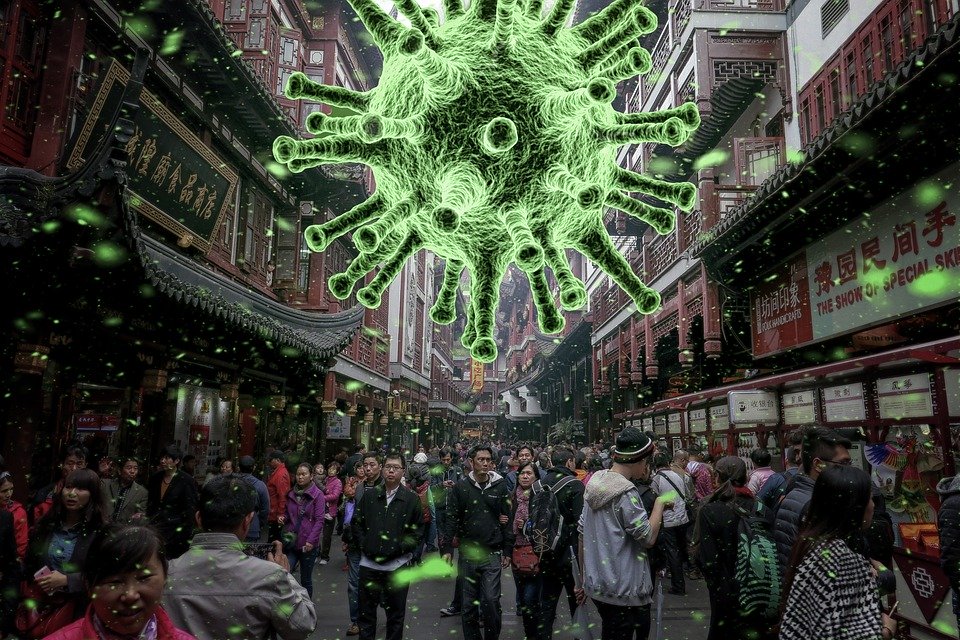 “When I first heard of the coronavirus I thought it was scary, but now that it’s spread to America it’s a whole another story,” said senior Ava Accardi. (Photo Credit: Pixabay/_freakwave/Used with permission)

“When I first heard of the coronavirus I thought it was scary, but now that it’s spread to America it’s a whole another story,” said senior Ava Accardi.

On December 31, 2019 a mysterious pneumonia outbreak struck dozens of people in the central city of Wuhan, Hubei province. Chinese scientists discovered a new coronavirus in 15 of the 27 patients with the illness. Since then, more than 5,974 people have been infected globally. The majority of the cases are located in China, but it has been spread to the United States, Japan, Australia, Canada, and France.

“It’s so scary to think like this virus blew up and spread so quickly out of what seems like nowhere,” said senior Alinna Aspiro.

According to the US Centers for Disease Control and Prevention, coronaviruses are a large group of viruses that are common among animals. Some symptoms for the coronavirus involve sore throat, runny nose, cough, maybe a headache or possibly a fever that could last multiple days. Viruses can spread from human contact with animals.

“The fact that the symptoms of such a dangerous virus is the same as a simple head cold freaks me out. Most people who have these symptoms would think they are just catching a cold so that makes it lethal,” said junior Caroline Vanhorn.

Some people in China are taking no chances when it comes to personal protection against the coronavirus outbreak pic.twitter.com/ugykY9vQzq

This coronavirus appears to have originated from a Wuhan seafood market where animals such as bats, camels, marmots, and rabbits are traded illegally. It is assumed that the first people infected with the disease contracted it from contact with the animals, specifically, bats as it appears.

Here’s what it’s like to live in Wuhan amid the coronavirus outbreak pic.twitter.com/nN1uQdtAan

China has endured the majority of the infections so far. On January 27, Chinese health authorities have confirmed 5,950 cases and 132 deaths. Besides China, Thailand has the highest number of cases with 14 testing positive. After Thailand is Hong Kong that has eight and the US, Macau, and Australia all have 5. In addition, Japan, Singapore, Malaysia, and South Korea each have reported four and France three. Canada and Vietnam have 2 reported cases while Germany, Nepal, and Cambodia each have confirmed a single case.

“It was scary to begin with that something like this is in China, but the fact that it is in the United States now and numerous other countries freaks me out,” said senior Natalia Fonseca.

“We are at an important juncture in this event [new #coronavirus outbreak]. We, as @WHO, believe that these chains of transmission can still be interrupted”-@DrMikeRyanhttps://t.co/4nM6cF0YYa https://t.co/FNhqqCiwhe

Although it has not been declared a public health emergency of international concern yet, there is still a chance it will. As of right now there has been limited evidence of human-to-human transmission outside of China, but evidence of sustained human-to-human outside of China would increase the chances of the WHO declaring an international public health emergency. The city of Wuhan in China is currently on lockdown with travel bans extended to the nearby cities of Huanggang and Ezhou.