A New Species of Dinosaurs Found: How Might We Face a Similar Fate? 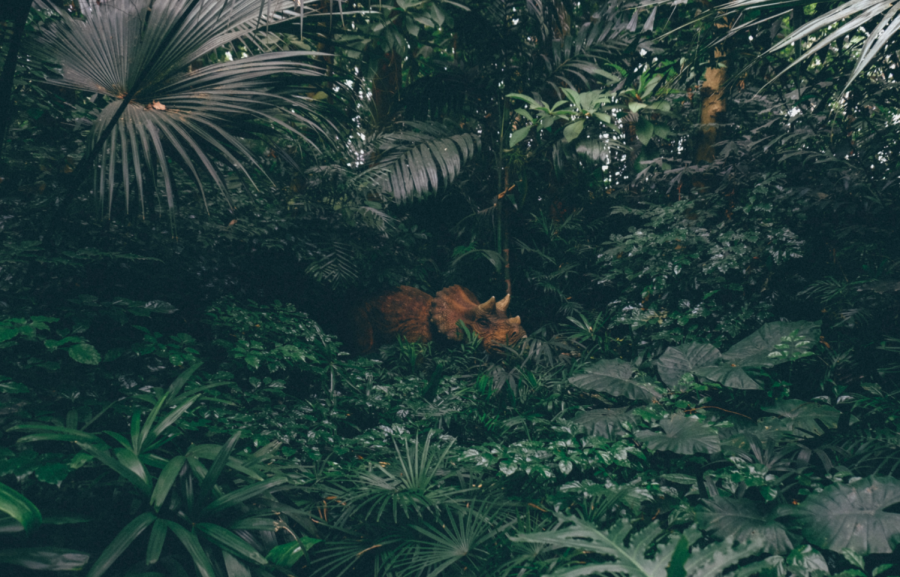 With the discovery of a new dinosaur from 99 million years ago, the possibility of creating the same fate for many animals on the edge of extinction comes into question. (Photo Credit: Georgia Ruffolo/Achona Online)

Scientists have just confirmed the discovery of a new bird-like dinosaur species that existed nearly 100 million years ago dating back to the Mesozoic Era. An amber fossil found in northern Myanmar encases the skull of the tiniest prehistoric creature that researchers have scientifically named Oculudentavis khaungraae, which fittingly translates to “eye tooth bird” and identifies prominent features that give clues to the animal’s lifestyle.

As described by the journal Nature, the fossil measures just 1.5 centimeters long from the back of the head to the tip of the beek, roughly the width of a thumbnail. The skull’s proportions suggest that the animal was about the same size as a bee hummingbird, which would have made the newfound dinosaur lighter than a dime. Despite its small stature, findings suggest Oculudentavis was a predator who likely preyed on small arthropods or invertebrates, unlike similar-size modern birds, which have no teeth and are primarily plant based. The most notable characteristic is the creature’s massive eye sockets, whose space takes up more than half of the entire skull. Furthermore, researchers have recorded roughly 25 to 30 razor sharp teeth found each on both the upper and lower jaws, rounding out to about 60 teeth total. Both features serve to prove this creature’s status as a hunter.

“It’s revealing a completely different ecological niche that we never knew existed,” says study coauthor Jingmai O’Connor, a paleontologist at China’s Institute of Vertebrate Paleontology and Paleoanthropology. “It’s fun, but it’s also a total puzzle, and everything about it is so weird.”

The complete skull of a previously unknown species of bird-like dinosaur has been discovered trapped in a chunk of 99-million-year-old amber https://t.co/vVWuTMD1VV pic.twitter.com/mubTXXNqFj

Along with Oculudentavis, multiple discoveries of ancient animals have been found in recent years such as Allosaurus jimmadseni, Borealopelta markmitchelli, and Zhenyuanlong suni. With this sudden resurgence of extinct species has come the push to preserve and protect those who are currently endangered. People from around the globe have become aware of Earth’s biodiversity crisis and, for the first time in geopolitical history, the United Nations has recognized biodiversity as a common concern for humankind. According to Endangered Earth, There are now over 41,000 species on the IUCN Red List, and more than 16,000 of them are endangered species threatened with extinction. In the last 500 years, human activity has forced over 800 species into extinction.

The current extinction crisis is unique, in that the loss of biodiversity is occurring at an extremely rapid rate. Consequently, these crises happen as a result of human involvement and activity in the natural world. Two of the biggest human led activities that have contributed to the endangerment and extinction of many animal species are deforestation and forest degradation. According to the WWF, The most common pressures causing deforestation and severe forest degradation are agriculture, unsustainable forest management, mining, illegal logging, infrastructure projects, and increased fire incidence and intensity. In  2019, the deforestation rate in the Amazon rainforest rose to its highest levels in 11 years. According to CNN, About 9,762 square kilometers (3,769 square miles) of rainforest were lost for the 12 months through July 2019, according to the release from The National Institute for Space Research (INPE). That’s a 29.5% increase over the previous 12 months and is the highest rate of loss since 2008, INPE said. Not only have deforestation and forest degradation led to the destruction of numerous ecosystems and habitats, it has also played a part in the current climate crisis, primarily by increasing greenhouse gas emissions. Presently, the tropical rainforests of South America are responsible for 20% of Earth’s oxygen and they are disappearing at a rate of four hectares a decade, as said by WWF. These harmful gases, since they cannot be absorbed by the rainforests, introduce carbon dioxide into our atmosphere at very alarming numbers.

Tessa Ricco (‘20) said, “As someone who’s very conscious about global warming and the human race’s involvement with it, it’s very disturbing to see what’s happening in the Amazon. People aren’t educated enough on the science behind rainforests and their contributions to the rest of the world, which I think is the biggest problem. Nowadays, what’s most important is the money and the businesses that are behind logging or raising cattle, which are accomplished through the cutting down of forests. Soon enough, there is going to be irreversible damage done to our atmosphere because of the rising carbon dioxide numbers, so I think that advocating the negative effects of deforestation would help our chances of cutting our emissions would help drastically. “

The Amazon Basin supplies a considerable amount of water vapor to the atmosphere; its deforestation leads to drought and attendant wildfires, which further exacerbate the ecosystem equilibrium of the rainforest habitat. #AmazonDeforestation https://t.co/D9gvB6yvS2

As said by Earth Day, By 2100, an estimated 50% of all the world’s species could go extinct because of climate change. Among those include bumblebees, giraffes, coral reefs, the Asian Elephant, the Monarch Butterfly, and nearly every whale species. However, significant changes have been made to promote nature conservation. The United States has stood as the global leader in conservation for more than a century and has since contributed to multiple projects to protect that is on the brink of extinction. Outside of the United States, although, conservation has been on the incline. Both Canada and Mexico have designated major new reserves and expanded existing areas, significantly increasing the extent of their protected area systems. Both countries have also announced plans to invest in further expansions of protected areas according to the Center for American Progress.

Riley Newton (‘23) said, “It’s great to finally see some changes be made in other parts of the world to help fix an issue we can all resonate with. No one wants to see our planet’s beloved animals be gone forever, and I think that with this current generation, I hope we won’t have to. Now more than ever, I feel that the youth has some power over what is considered to be morally right, and I think the push for conservation definitely falls under that category. There is only one Earth, so we all must work together, human or not, to keep our home alive.”