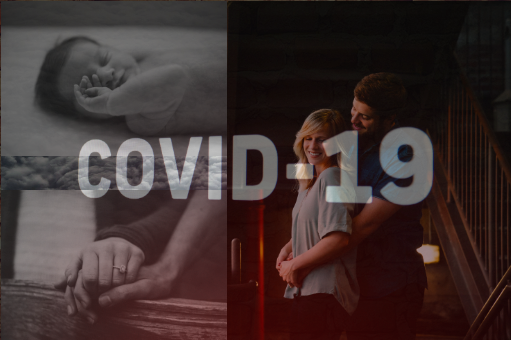 In light of a baby spike at this time, some speculate that the generation will be named “coronials”. (Photo Credits: Achona Online/Piktochart/Alexa Fredericks)

In light of a baby spike at this time, some speculate that the generation will be named “coronials”.

After COVID-19: The New Population

What Effect Will the Pandemic Have on Birth and Divorce Rates?

The current COVID-19 pandemic is taking a toll on everyone. If not due to the virus itself, then the quarantine that comes along with it. For weeks, global citizens face social isolation, distancing from friends and non-immediate family. The toll that this takes on families and marriages can be seen in China, which is progressively taking steps to end quarantine as their COVID-19 conditions improve. As of February 24, Dazhou (a province of south-western China) has had over 300 couples schedule divorce appointments. In another province, divorce rates unprecedently skyrocketed after marriage registration offices opened on March 1.

This can, and might, easily happen to American marriages, but what other tolls can COVID-19 have on the population?

“I can see why divorce rates can go up, but I think if that’s the case then couples were unfit with each other to begin with if a few months in quarantine were too much for them to handle. If there are other circumstances, then I understand why a divorce could occur,” said senior Sophia Montero.

During natural disasters, there is usually a mini-baby boom. Take Hurricane Irma, for example. It was reported in a Kissimmee, Florida medical center that nine months after Irma there was a 5% spike in baby births. This is not very uncommon, as there are even terms for these babies, which also include “blizzard babies” and “blackout babies”. Simply, any natural disasters or events that keep people indoors are followed by increased births. This spike was also seen during Hurricane Sandy (2013) – wherein one hospital reported a 25% increase in baby births –, the snowstorms in Buffalo, New York (2015), and Hurricanes Harvey and Maria. There is no science that can back a natural disaster with an increase in fertility, it is mere speculation of human behavior.

In regard to the pandemic, there is speculation as to whether or not there will be a baby boom. On one hand, couples are spending more time together. “There’s typically a boom in divorces and couples counseling during summer vacations and winter break”, said Caroline Madden, a licensed marriage and family therapist. “This happens because families are spending more uninterrupted time together.” This, therefore, leads to the uncertainty of divorce and baby rates. There are counterweights that add to this speculation. Although couples are spending more time together, they are still working from home and navigating their daily lives, meaning lockdown and quarantine are separate from vacation. There is also the economic uncertainty that might prevent couples from having a child at this time.

Family planning in the time of Corona: In the midst of a pandemic, I find myself suddenly longing for a second child. My latest @cnn. https://t.co/iBVjgKQNdp

The only historical event that can be compared to this outbreak is Spanish influenza, and even then the baby boom was uncertain. Although there is no concrete evidence of a rise in population due to Spanish influenza, there is speculation. The baby boom of 1920 is thought to be a result of the second world war, simply catching up on the births and marriages that the war had prevented. However, Norway, which was neutral during the war but affected by the 1918 flu, had a birth rate rise.

“I can see how it would cause a baby boom, but personally I feel that if something like this were happening, then I would definitely not want to bring a newborn into the world,” said Montero.

Is this attributed to a random spike or an aftermath of influenza, which kept families cooped up together for months?

Although there is no way of guessing how COVID-19 will affect the population, scientists have concluded that these few theories are very possible. Amid all the fear, there is a guaranteed end to this state of the world and, when it comes, American and global life may be very different.