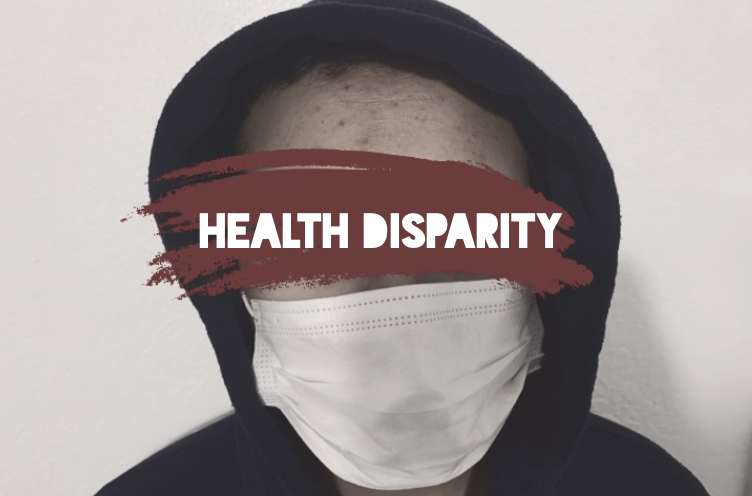 “We have a particularly difficult problem of an exacerbation of a health disparity,” said Anthony Fauci, the director of the National Institute of Allergy and Infectious Diseases (Photo Credit: Emara Saez/Achona Online/Piktochart)

“We have a particularly difficult problem of an exacerbation of a health disparity,” said Anthony Fauci, the director of the National Institute of Allergy and Infectious Diseases

The effects of the current COVID-19 pandemic on ethnic and racial groups are still emerging, but recent data from the Centers for Disease Control and Prevention (CDC) illuminates some of the disproportionate effects the virus has had on minority communities. Among hospitalized patients, it seems that the virus has substantially higher death rates among black and Hispanic persons than among whites. Although data is limited in terms of area and scale, reports from New York City identified death rates among Black/African American persons to be 92.3 deaths per 100,000 population, and Hispanic/Latino persons to be 74.3 deaths per 100,000. Those numbers are significantly higher than that of white (45.2) or Asian (34.5) persons.

“I did not know that minorities were taking such a hard hit during the pandemic. I think, as Academy students, we tend to forget our own privilege during this time and it is important to stand together with minorities now more than ever. I think that we should be speaking out about this and realizing what is happening. Awareness of these issues is very important because it illuminates the fact that minorities are still being pushed down in society, even in 2020,” said Meredith Nitchals (‘21).

Studies are currently underway to confirm these data results and potentially reduce the impact on minority communities, but there are several clear reasons for why minorities seem to be at higher risk. The conditions of where minorities live, work, and play can lead to several health risks over the year; as a result, minority groups have had a harder time preventing the spread of and recovering from COVID-19.

Members of racial or ethnic minority groups are more likely to live in densely populated areas, making it difficult to social distance properly to prevent the spread of the disease. This is due to institutional racism that manifests in the form of residential housing segregation.

In addition to this, racial residential segregation is known to be the cause of health disparities among minorities. These underlying conditions, such as diabetes and heart problems, increase the likelihood of severe illness or death from COVID-19. Residential housing segregation and the conglomeration of low income neighborhoods has also caused the creation of food and medical deserts, in which minorities live further from grocery stores and medical facilities. This makes it difficult for members of minority groups to receive the proper care, stock up on goods, or access necessary personal protective equipment.

#COVID19 is not the great equalizer.

Yes, anyone can get the disease, but not everyone is as vulnerable to dying from it. That has everything to do with the racism/classism deeply embedded in our institutions long before this ever started

These existing health and residential disparities make members of minority groups especially vulnerable in public health emergencies. In addition to these disparities, stigma associated with medical care and systemic inequality have also contributed to the effects of COVID-19 on minority groups.

“This is an issue that should be widely talked about. Though it may be difficult to explain just how deep-rooted racism is in our system, it must be done, because the lives of minorities are not being treated as equally as the ones of white people. These minorities might be blamed for spreading the virus when they are less able to prevent the spread, and it is important that the blame does not fall on them when they are the ones suffering heavier losses,” said Sahar Bueno-Abdala (‘21).

Minority groups are also much less likely to have access to healthcare or health insurance. The CDC states that “compared to whites, Hispanics are almost 3 times as likely to be uninsured, and African Americans are almost twice as likely to be uninsured. In all age groups, blacks were more likely than whites to report not being able to see a doctor in the past year because of cost.” Inadequate access to proper care is also driven by generational distrust of the health care system, language barriers, and financial barriers.

Minority communities in the city are not the only ones experiencing higher deaths and infection cases, as infection rates have been especially high in the Navajo Nation and other Native American reservations. The Navajo Nation – which has land in Arizona, New Mexico, and Utah – has been especially hard hit. The tribal governance is home to over 173,000 Native Americans, and it currently has the most coronavirus infections per capita in the United States. Residents live in multigenerational homes, which means it is difficult for sick family members to self-isolate and prevent the spread to other family members. In addition to this, 43% of the Navajo Nation lives below the poverty line, and over 30% do not have access to running water. These factors combined with lack of help from state governments have contributed to high infection rates.

The Navajo Nation has more COVID-19 cases per capita than nearly any other place in the U.S. The tribe's president says of the more than 20,250 Navajo people tested for the coronavirus, 3,245 have tested positive.https://t.co/9WYqzUHcwt

“This is a complicated issue, not only because of the startling numbers, but also because of the history behind these numbers. While seeing these statistics is proof enough that there are economic and social disparities between citizens, it’s not as simple as just recognizing them. These disparities have been present for centuries. It is certain, now more than ever, that issues of inequality within the United States need to be dealt with, but the conversation on how to go about this seems never-ending,” said Asha Sneed (‘21).

These systemic inequalities  undermine COVID-19 prevention efforts and perpetuate the cycle of health disparities among minorities. If nothing is done to address these concerns, history will repeat itself. In the past, history has shown that racial and ethnic minorities suffer the most during public health emergencies. Addressing the needs of vulnerable populations is crucial to preventing the spread of COVID-19, and the solution starts by acknowledging that minority groups are systematically disadvantaged in global health crises.