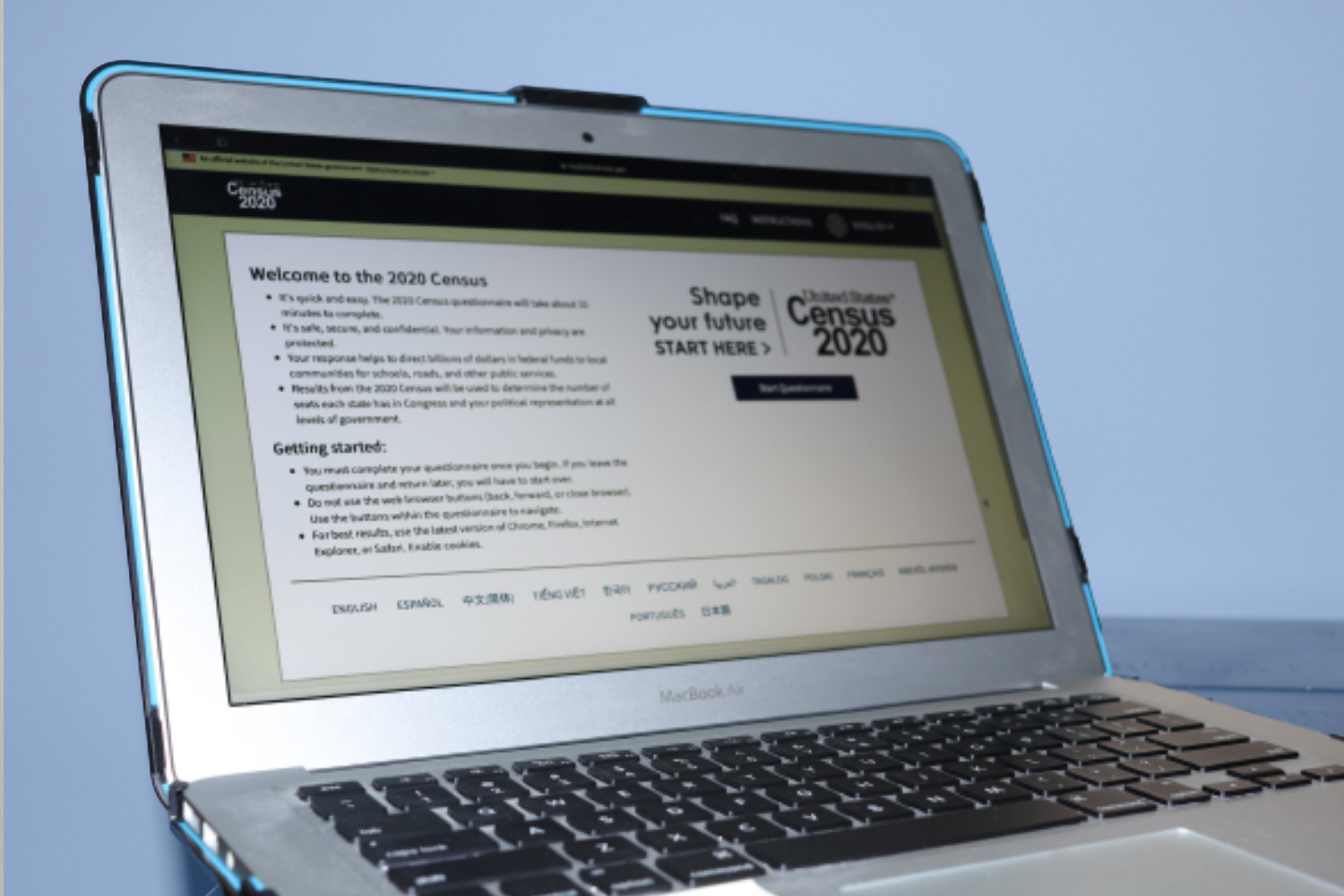 According to the official census website, “the population increased 19.5 million, or 6.3%, representing an average annual growth of 0.66%” since the last census in 2010. (Photo Credit: Emara Saez/Achona Online/Piktochart)

According to the official census website, “the population increased 19.5 million, or 6.3%, representing an average annual growth of 0.66%” since the last census in 2010.

Every ten years, as mandated by the Constitution, the United States conducts a nationwide census to gain a better understanding of the composition of the country. 2020 is a census year and marks the 24th United State Census conducted. This is the first time that the census may be completed online or by phone.

April 1 is referred to as Census Day, which is not an actual deadline, but a reference day to determine who will and will not be counted. Typically, the census is due much earlier, but the deadline to complete it has been extended to Sept. 30 because of COVID-19.

“My family has filled out the census. I personally believe that the census is very important because we need to have the government keep up with how many people are in each county, district, or state. This will determine if more roads, schools, or medical facilities are needed,” said Ashley Canal (‘22).

The census is conducted in order to count all people, citizens and non-citizens, residing in the United States; this is crucial for policymaking, apportionment in the House of Representatives, redrawing district boundaries, and distributing federal funding. Census participation is mandatory and all answers are confidential.

The 2020 Census has faced a unique set of challenges due to COVID-19, the Trump administration, and budgeting concerns. Along with moving back deadlines, the pandemic has caused the Census Bureau to limit its number of workers going door to door to help with completion. The pandemic also caused the Census Bureau to fall behind on hiring part-time workers to help with the 2020 count. In addition to this, COVID-19 is expected to negatively impact completion rates for historically underrepresented groups, such as Black Americans, Native Americans, and Hispanic Americans.

Just ask literally everyone you see if they've filled out the #2020Census.

The difference of just one person filling out the Census is about $3,700 in government funding to your community.

Prior to the beginning of the 2020 Census, the Trump administration insisted on including a citizenship question in order to protect the voting rights of America’s minority citizens. However, the Supreme Court blocked the addition of a citizenship question as it would effectively deter immigrants and minorities from filling out the census. Since the census is used to draw voting districts and determine representation, the citizen question would distort the representation of millions of Americans in state and federal legislatures.

“[POWER is] having voting registration drives and posting on our Instagram about the census to get our community the necessary information. My family has not filled out the census yet, but we will do so in the near future. I think the census is important because it provides important information for our society and gives an idea of how it can be run. I would tell people to go and fill it out and practice their democratic right,” said Qemamu Reddick (‘21).

The Census Bureau has also struggled with budgeting issues. This year’s census is expected to be the most expensive count, in part because of the addition of online infrastructure and the growth of the US population since 2010. The initial $15.6 billion estimate cost of completing the census has proved to be insufficient, and the quality of the census has suffered as a result.

As of Sept. 21, the five states with the highest response rates are Idaho, West Virginia, Hawaii, Maine, and Kansas. The national average completion rate is 95.4%; Florida trails slightly behind this number with a statewide completion rate of 92.5%.

“For the AP Government census mini-project, one of the methods I will use to spread awareness about the census is by posting on my Instagram story. The census is important to ensure communities have an accurate representation in Congress and receive the necessary amount of federal funding for roads, schools, housing, and social programs. The census only takes place every ten years. So in AP Government, we’ve learned the importance of making sure every family has completed the census now, so their community will have an accurate representation of the population for the next 10 years,” said Stephanie Oehler (‘21).

The census may seem like insignificant data, but it contributes to a large portion of the everyday lives of most people. It’s largest and arguably most significant use is in the distribution of nearly $900 billion for federally funded programs such as Medicare, Medicaid, SNAP, housing vouchers, Pell Grants, and highway construction. It is up to each household to ensure the completion of the census, as every person deserves to be counted and plays a greater role in the institutions of this country.