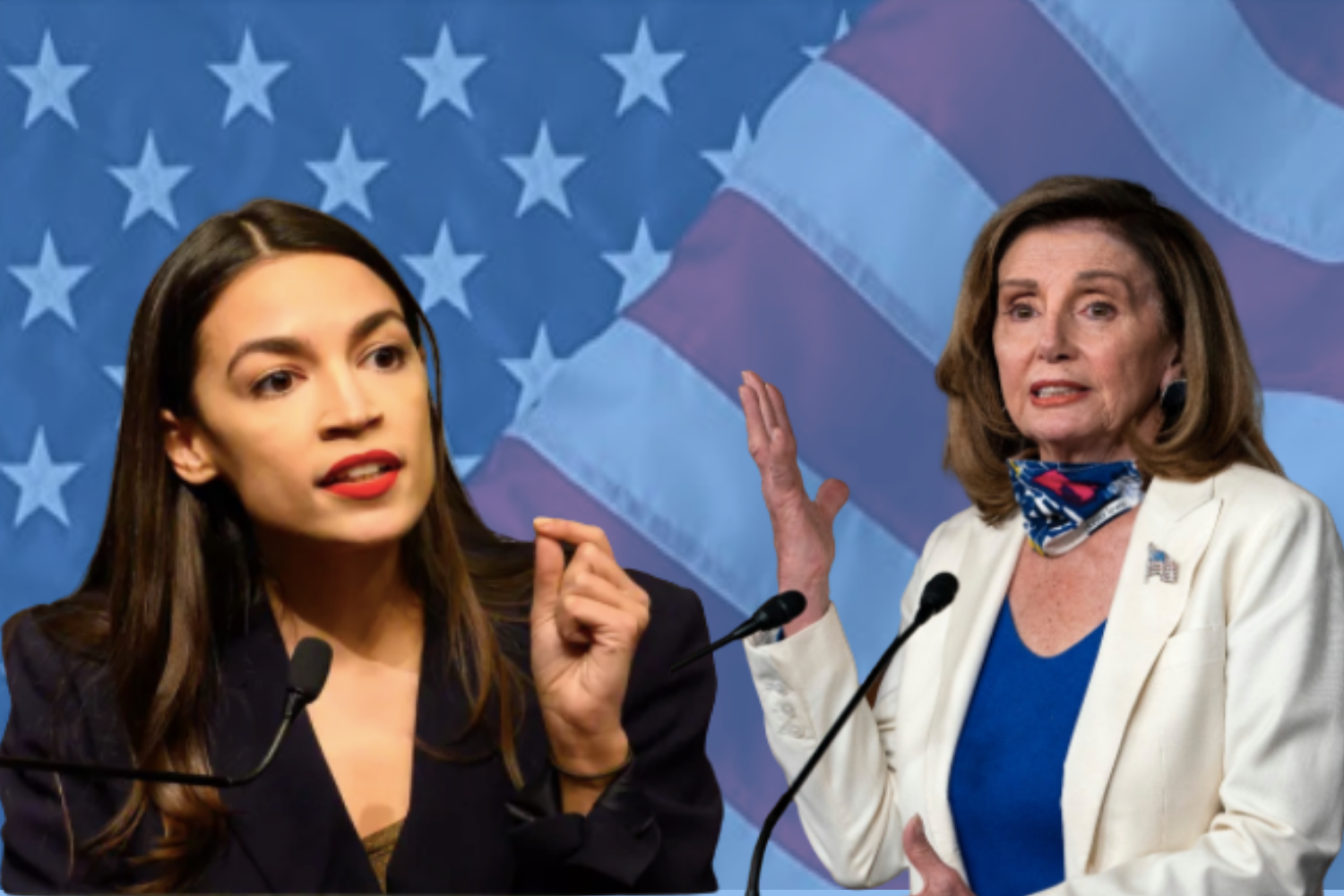 When asked why progressive policies are popular even in traditionally Republican states, Social Studies Teacher Stacy Filocco said “A major difference between liberals and conservatives is who should be making decisions: should they be made on the national level by the federal government or on the state level? People who are more conservative ideologically believe those are issues that should be resolved on the state level. Potentially, those are Republicans who may support a Republican for president and also support progressive policies only when enacted on a state level.” (Photo Credit: Emara Saez/Piktochart/Achona Online)

When asked why progressive policies are popular even in traditionally Republican states, Social Studies Teacher Stacy Filocco said “A major difference between liberals and conservatives is who should be making decisions: should they be made on the national level by the federal government or on the state level? People who are more conservative ideologically believe those are issues that should be resolved on the state level. Potentially, those are Republicans who may support a Republican for president and also support progressive policies only when enacted on a state level.”

In the aftermath of the 2020 election, the Democratic party faced serious losses in the House of Representatives, having lost seven seats, and fumbling Senate races in key states, despite going into the election with the expectation that Democrats could win several seats.

Polling initially showed Democrats with advantages in key districts in places like Texas and Indiana, but those races ended up breaking in favor of Republicans; although Democrats will retain their majority in the House of Representatives, the Senate is still a toss up and will depend on the results of a runoff election in Georgia.

“Democrats have been talking a lot about trying to figure out who they are and how to hold on to more moderate, predominantly white, middle class voters while energizing younger voters and non-Cuban Latino voters. If you have a proportion of your party who is supportive of a more progressive agenda, in a lot of cases, if people don’t know their member of Congress very well, then they might be inclined to associate them with a larger progressive movement, even if their particular representative is not necessarily a member of that progressive moment,” said HS Social Studies Teacher Stacy Filocco.

As a result of Democrats’ overall underperformance in congressional races, many key figures within the party began placing blame on the more progressive members of the party for the losses. Moderates within the party point to unclear labeling from progressives on the far left around hot button issues like “defund the police” and “socialism” as slogans that do not reflect Democratic policies.

“I would consider myself a progressive democrat because of my views on the cultural and racial issues in our country. I believe that in order to have more democrats in the House of Representatives and Senate, we would need to elect more moderate Democrats because they appeal to both parties. The super progressive candidates, such as Alexandria Ocasio-Cortez, have views that very little conservatives agree with, while moderate democrats are less left-leaning, but still Democrats,” said Anna Reins (‘22).

While it may be easy to accuse progressive Democrats of complicity in GOP attacks and failing to be moderate enough, the issue is not that simple. When analyzing why Democrats fared so poorly in their congressional elections, it doesn’t make sense to blame progressivism; in fact, progressive policies seem to be pretty popular among constituencies across the United States.

Polls show 49% of swing-district voters back some form of a Green New Deal, 53% support Medicare For All, and 57% support Black Lives Matter. Polls aren’t everything, but progressive policies passed even in states that broke in favor of Donald Trump, like the passage of Proposition A in Texas improving public transportation and the implementation of a $15 minimum wage in Florida.

The base passed a $15 minimum wage in Florida.

The base legalized cannabis in AZ, MT, SD, & NJ.

The base re-elected 112 co-sponsors of Medicare for All.

If progressive policies seem to do well, then what other factors played into the party’s losses? Some members pointed to the lack of overall tech savviness and antiquated methods of campaigning among members who nearly lost their districts, like Conor Lamb of Pennsylvania who spent only $2,000 on Facebook the week before the election.

While its true traditional methods of campaigning are still popular, the failure to adapt to the changing game through implementing Internet advertising is likely one of the causes for Democratic losses. Another cause is that Democrats have focused more on seeking out and endorsing moderate candidates rather than candidates with more experience; overall, this means the candidates the party chooses tend to be weaker.

Another factor is the widespread appeal of Donald Trump among the Republican party’s base voters. Donald Trump drove Republican voters to the polls in record numbers, and that undoubtedly helped Republicans up and down the ticket.

Agree with @AOC here. Before some blame progressives for election disappointments, let's remember: 1) most of these scary tropes are just GOP inventions; 2) progressives values/priorities are popular; and 3) progressives bring a lot to the table & should be respected/appreciated https://t.co/pgmE1FaF3i

With all these factors in mind, the Democratic party will have to find solutions to these problems before the 2022 midterm elections. The in-fighting among progressive and moderate Democrats will likely also hinder the ability of President-Elect Joe Biden to pass legislation in his first days in office.

“In terms of bridging that gap, I think that really remains to be seen and depends on how committed Democrats are to enacting legislation versus how committed they are to their ideals. I think Joe Biden feels he has a mandate from the people —the people being a very broad coalition of Americans— to really represent them. For more progressive candidates winning their elections, they have a very different mandate because they represent a much smaller, ideologically similar group of people than a president who represents the entire country,” said Filocco

The added layer of ideological complexities amongst Democrats could prove to be a decisive factor in Biden’s ability to address urgent issues like COVID-19 and the economy. Although Democrats with a variety of ideologies came together to endorse Biden for president, the situation could look very different in January if the Democratic party does not promote unity amongst its members.

“Even though President-Elect Biden is a moderate Democrat, I hope he works together with progressive Democrats during his presidency to implement policies that are in the best interest of the American people. Progressives and moderates can bridge their differences by realizing that they have more similarities than differences, and it is crucial to work together for the sake of the climate crisis, affordable education, criminal justice reform, and healthcare reform,” said Stephanie Oehler (‘21).