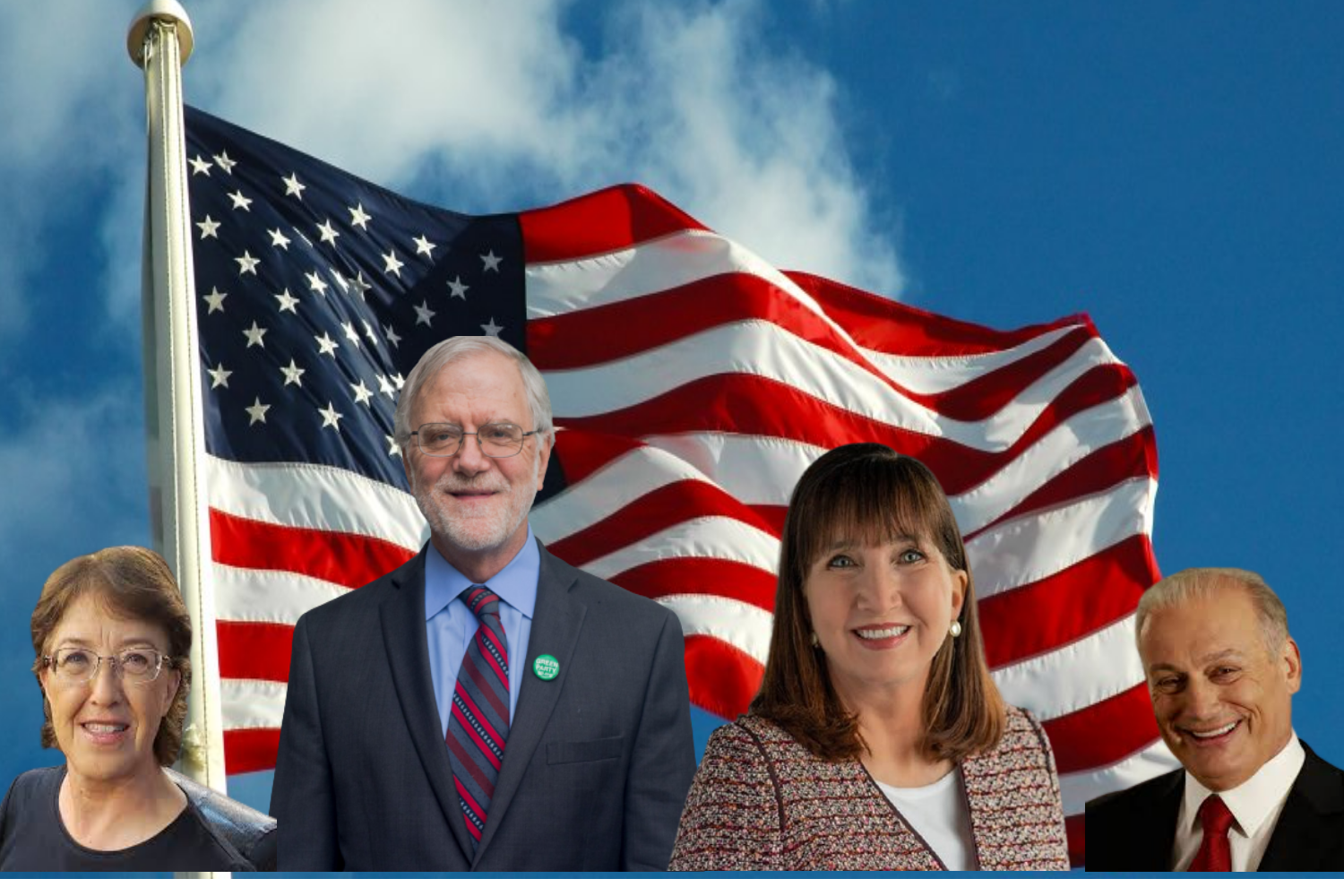 In the 2020 Election, there were nine third-party candidates. Most popular being, Howie Hawkins from the Green Party and Jo Jorgensen, a Libertarian. (Photo Credits: Kimberly Egoavil / Achona Online / Piktochart)

In the 2020 Election, there were nine third-party candidates. Most popular being, Howie Hawkins from the Green Party and Jo Jorgensen, a Libertarian.

In this past election, much like others, our country has been focused on the two primary parties, Republican and Democratic parties. The names primarily shown were of Joe Biden and Donald Trump- but if you look closely, you would have also seen the other prominent third-party candidates.  Jo Jorgensen, a Libertarian, and Howie Hawkins, from the Green Party

Who are these people?

They were the other two relevant presidential candidates, running on the third-party ticket. Though they were not able to secure any electoral votes, they had some popularity amongst the voters. Jorgensen finished off  the election with 1,838,990 total votes and Hawkins with 385,082

Their amount is very little compared to Biden and Trump, so why are third-parties still relevant and how did this system even form?

In 1829, the first third-party candidate ran for president. The anti-masonic party was known for its secrecy, exclusivity, and undemocratic character. They gained momentum, winning the state of Vermont in the Electoral College, but the party later dissolved; however, their values were adopted by the Whig party.

It’s a vicious cycle, because they don’t poll well, they don’t have access to the debate, so they have trouble attracting support.”

— Lara Brown- Director of the Graduate School of Political Management

Throughout the years they have brought innovative ideas to the table. For example, the Anti-Masonic party came up with the idea of holding nominating conventions, in 1848 the free-soil party started a push against slavery. The Libertarians promoted ideas of privatization that Republicans took in. The Socialist party promoted social security and labor rights, proposals that were later implemented into the Democratic party.

Third parties were founded on the belief system that governance should attend to the public good rather than the partisan agendas of the two major parties,  which is why it is so hard for them to get attention from the mainstream media and become a front-runner in elections.

The United States is based on a system of voting plurality, which means that the candidate with the most votes wins. Because it has always been two parties that are prevalent and tend to be elected, the majority of people generally do not vote for third parties because a vote for a third party may be seen as a “wasted vote.”

The constitution has made it difficult as well. Stacy Filocco, AP Government teacher said, “The electoral college is outlined in The Constitution. In order to eliminate it, for example, a constitutional amendment would have to be passed.”

Candidates must have an absolute majority in the Electoral College–270 votes–to become president.

The need of getting the absolute majority is the main thing that has made a third-party winning the presidency almost impossible. Maybe if the election was called by direct popular vote, it would be a possibility. In order for that to happen the electoral college system would have to be eradicated which could only happen through a constitutional amendment; an action that is very unlikely.

So why still run despite the seldom chances?

There are a few reasons.

In past elections, they have been key to the two parties, especially in 2016. Green Party nominee Jill Stein received votes in Michigan, Wisconsin, and Pennsylvania that exceeded the margin by which Donald Trump beat Hillary Clinton in each state. If those votes had gone to Clinton, the election outcome could have been in her favor.

They also serve a different purpose. Third-parties are very vocal about issues for the general public and use the elections to educate and bring to light them. If one of the major party candidates sees that many voters identify with a third-party, they would look to find what is popular among the people and adopt it as a part of their own campaign.

The Green Party is a perfect example. They have been a pioneer and have made environmental issues the center of their party ever since their beginning, in 1984. On their website they state, “The human community is an element of the Earth community, not the other way around. All human endeavors are situated within the dynamics of the biosphere. If we wish to have sustainable institutions and enterprises, they must fit well with the processes of the Earth.”

Since 2013, a constant 57% of Americans have said that a third major political party system is needed. Unfortunately, the Founding Fathers designed the Constitution in a way that makes it almost impossible to have three parties competing in a presidential election and having one defined winner.